Prime Minister Stephen Harper is painting a dark picture of the Middle East, saying Canada doesn't want either side to win a Syrian civil war fuelled by sectarian forces from across the region – and that its most populous country, Egypt, is not ready for democracy.

Mr. Harper offered the gloomy portrait at Tel Aviv University on Wednesday, where he received an honorary doctorate just before he left Israel, a country that has welcomed him enthusiastically over four days. He lauded Israel as the only democracy in the Middle East, but before departing for neighbouring Jordan, a country coping with an influx of more than 600,000 Syrian refugees, he drew a pessimistic portrait of some of its key neighbours.

Mr. Harper said the government will offer assistance for Syrian refugees and for Jordan, but that Canada views Syria's civil war as a broader sectarian conflict between an Alawite-Shia government that is backed by Iran and its allies and a Sunni insurgency that is "increasingly extreme and dangerous" and backed by countries that come from that side of the spectrum.

"I don't see how the victory of either of those forces could be in the interests of Canada, or Israel, or anyone else," Mr. Harper told TV news anchor Leah Zinder as part of a question-and-answer session. The only hope, he said, is "accommodation and conciliation" between them. "I don't think any of us know how we do that, but that is the only way to move forward."

In Egypt, where an army coup displaced elected Islamist president Mohamed Morsi in July, Mr. Harper said that his government welcomed the "return to stability." Mr. Morsi, he said, was trying to use a tool of democracy, an election, "to achieve what was in fact going to be an authoritarian Islamic state."

Canada must now encourage Egypt to "transition toward democracy," Mr. Harper said, but argued it's not really ready.

"While we need to continue to pressure the Egyptian government to move in the right direction, we also need to make sure that as they do that transition it's done in a way that will strengthen over the long term the forces of modernization and progress rather than what could happen, simply forces from the street that run out of control," he said.

Egyptian prime minister Hazem El Beblaw took issue with Mr. Harper's description but did not quarrel with the broader assessment of his country's struggle.

"He is free to his own opinion," Mr. El Beblaw told The Globe and Mail at the World Economic Forum in Davos.

"I definitely think Egypt is on its way to increasing democracy. The people, they would never allow anyone to restrict them again. There is an increasing awareness of human rights. Democracy is not just the vote."

He declined to give a time-frame for a transition to elected government the establishment of more independent institutions.

"Until peace and security is established, you would be giving credit and support to those on the extremes," Mr. El Beblaw said of any quick move to elections.

Mr. Harper's views will find sympathy with many in Israel, who fear the instability and Islamist forces in their neighbours. Israel had a stable peace with Egyptian dictator Hosni Mubarak – as it does with its military-backed transitional government now – but it viewed Mr. Morsi's Muslim Brotherhood movement with suspicion. And though Syria's Bashar al-Assad was no friend, he was the enemy Israelis knew, and the extremists fighting amid a fractious opposition are viewed as possibly worse.

Mr. Harper's comments also reflect the policy his government has practised, even if he has never so bluntly stated his reasons before. On Egypt, Canada was cool to the Arab Spring, and expressed concerns for Israel's security, then treated Mr. Morsi cautiously, and shrugged at the coup. On Syria, Canada has refused to endorse Syria's opposition coalition even when allies such as the U.S. did.

His views also underline why he is heading to Jordan on his first Middle East trip: to emphasize a willingness to offer support, in aid and in politics, to the moderate regime of King Abdullah. Jordan is coping with a destabilizing influx of Syrian refugees, while it balances its own fragile internal tensions and tries to control its own Islamist movements.

Mr. Harper's welcome here, however, is likely to be a far cry from the celebratory atmosphere that dominated his time in Israel, where he promised to stand with the country "through fire and water" in a speech to the Knesset.

He took an Israeli Black Hawk helicopter to northern Israel, where he visited the Mount of Beatitudes, believed to be the site where Jesus preached the Sermon on the Mount, and Capernaum, where he visited a Franciscan church believed to be the site of St. Peter's house. He also toured the fourth-century Synagogue of Capernaum, before a brief stroll along the shore of the Sea of Galilee.

In the afternoon, he found himself bird-watching, peering through binoculars at the Hula Valley bird sanctuary, where a new reception centre funded by the Jewish National Fund of Canada will be named in his honour. In addition to the honorary doctorate, Tel Aviv University also established a Stephen J. Harper research chair for research into issues facing both Canada and Israel.

He arrived in Jordan on Wednesday night, where he will meet with King Abdullah and Prime Minister Abdullah Ensour and visit the Zaatari refugee camp, now Jordan's fourth-largest city.

With a report from John Stackhouse in Davos, Switzerland

Opinion
Harper could be a force of Mideast peace (assuming he’s not serious)
January 22, 2014 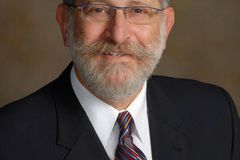 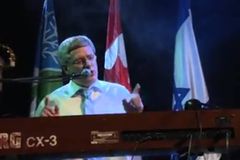 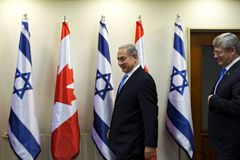 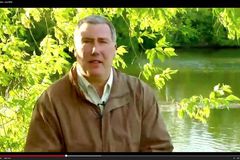