In this fall's election, will voters choose based on rationality or emotion? Will we be guided by political ideology, or pragmatism?

Of course, the answer is all of the above, but not in equal measure.

One in three Canadian voters say they have a guiding political ideology. Twice as many say they are pragmatists, people who make their political choices without testing them against ideology.

Politicians know they can't win enough votes simply by pitching an ideological worldview. They realize that most voters are suspicious of the idea that every problem has a simple ideology-based solution.

For the more ideology-based parties, the NDP and the Conservatives, having a ideological core is both a constant asset and something of a liability. Stray too far from their ideological line, in search of pragmatic voters, and your base gets uneasy. Play only to the base and the larger sea full of pragmatic, centrist voters pays less attention to you.

For the Liberals, the challenge is the inverse: always pitching a centrist, pragmatic platform means having no highly charged base to count on. On the plus side, the Liberal Party is on most voters' "I'd consider them" list.

This year's election will be settled by the choices made by the 65 per cent of Canadian voters who are non-ideological. The battle to win their hearts and minds is the main event.

Which brings us to the question: which matters more, the heart or the mind?

If Canada is mostly pragmatic, doesn't it stand to reason that we are mostly "mind" not "heart" voters? Not really. Our pragmatism is really about rejecting ideology. It doesn't mean we will always do whatever is most rational.

In some elections, rationality prevails, in others, emotions do.

In this election, Messrs. Harper, Mulcair and Trudeau will be looking to find their own sweet spot, which could be a rational argument delivered with emotional impact, or an emotional argument buttressed by rational facts.

It's about the emphasis, the delivery, and recognizing what will close the deal with voters.

The Conservatives like some issues for their emotional quotient (think punishing crime, taking the fight to terrorists) but on the whole they are often more comfortable making the case that we should choose rationally, and that the most rational choice is one that keeps its hand out of our pockets.

The NDP is a brand that is more frequently about emotion. So attached is it to utopian ideals, it can come off like a less rational choice to some voters.

The Liberals have sampled both approaches, and know that either can succeed or fail. Pierre Trudeau's first victory was a triumph of emotion. His last was a pitch to our rational self-interest.

There probably won't be 10 concrete issues discussed in this campaign, more like four or five. Whether the subject is taxes, incomes, infrastructure, carbon/climate, or public safety the parties will choose between tapping into emotions or by laying out a rational explanation for their platforms.

When he defeated Paul Martin's Liberals, Stephen Harper harnessed emotions. He tapped into anger about Liberals wasting our money. He said our criminals were pampered and our victims mistreated. He rolled up rims in coffee shops and gave people tax cuts for their kids' sports equipment and music lessons, demonstrating a pretty deft empathy. He almost didn't have to prove he was a more rational choice. Emotions were running his way.

Stephane Dion didn't really make it harder for Mr. Harper. And so the PM ran a "he's just not a practical choice" campaign, to good effect.

With Michael Ignatieff, Mr. Harper's pitch was a blend of emotion and rationality: "he's not really like you, and I'm a pretty safe choice."

If Mr. Harper is having a harder time figuring out what to do against Justin Trudeau, it's because he's knows how scar tissue accumulates on incumbents, and voter interest in something different grows over time.

He's likely also noted that using an emotional campaign against Justin Trudeau hasn't worked very well. Say something too bluntly negative about him, and there's a backlash. On the other hand, put on kid gloves and you risk being reduced to making rational arguments against an opponent who draws on powerful emotions like hope, fairness and optimism.

In this very interesting election campaign to come, not very many voters will make a choice based on ideology. But whether we will mark ballots based on emotion or rationality is up in the air, and rests in the hands of three very different political leaders.

A coalition? Why Trudeau has more in common with Harper than Mulcair
April 15, 2015 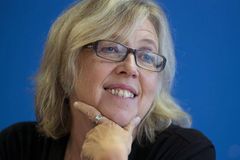