Indo-Canadian organizations preparing for a landmark visit from Narendra Modi next week say they want the Indian Prime Minister to include Canada in a visa-on-arrival program that has already been extended to 43 other countries.

Leaders from those groups say they raised the issue with Indian officials several times in recent months and are optimistic an announcement will be made during Mr. Modi's visit. Allowing Canadian passport-holders to obtain visas when they arrive at airports in India will encourage more tourists to visit and improve ties between the two countries, they say.

Mr. Modi's government announced last November that passport holders from 43 countries would be permitted to apply online for a visa that could be picked up on arrival at one of several international airports in India. While the United States, Germany and Australia were on that list, Canada was not – an omission some have linked to security concerns from the 1985 bombing of an Air India passenger plane.

Proponents say extending visas-on-arrival to Canada could help boost the tourism industry in India and encourage more Canadian businesses to invest there. While business travellers are not eligible for the program, Indo-Canadian groups say a better system for tourists could inspire some Canadian leisure travellers to come back and do business.

Azad Kumar Kaushik, president of the National Alliance of Indo-Canadians, said he hopes Mr. Modi will add Canada to the list when he visits next week. "I know that [a] visa-on-arrival facility has been granted to many other countries, and we have been demanding the Indian government to do so for Canadians as well," said Mr. Kaushik, who also chairs the organizing committee for Mr. Modi's planned address at Ricoh Coliseum in Toronto next Wednesday.

India's government said in early 2014 that it would seek to expand the visa-on-arrival program to include passport holders from 180 countries. The program was limited to 12 countries before last November's additions.

Mr. Kaushik said he attended a seminar last year after Mr. Modi was elected to discuss the issues supporters hoped the new government would address. The participants submitted a memo to India's consul-general in Toronto that included a request for visas on arrival. They also raised the issue with an official from Mr. Modi's Bharatiya Janata Party (BJP).

"It's my feeling that the government of India is sensitive to this issue that we have been asking [for] again and again," Mr. Kaushik said. "And it is my expectation and hope that it will be done."

Mr. Kaushik said the Indian government may have hesitated to extend visas-on-arrival to Canada because of concerns about the 1985 bombing of an Air India passenger plane. Sikh extremists were accused in the incident, which killed 329 people, and one man was eventually convicted of manslaughter.

A commission of inquiry uncovered serious concerns about the way Canadian authorities handled the investigation.

Dharma Jain, president of the Indo Canada Chamber of Commerce, said he is aware of possible reservations about extending visas on arrival to Canadians. "But now, since Mr. Modi is coming, and Mr. Modi is known for giving stuff like this … he has to give something to the Indo-Canadian community. And I believe this is the one thing, in my opinion, without any doubt, he definitely will deliver this."

Mr. Jain said he raised the issue about six weeks ago during an informal discussion at the Indian Consulate General in Toronto.

Asked about visas-on-arrival earlier this week, India's new high commissioner to Canada said "people-to-people" connections, including travel and consular affairs, are an important part of the relationship between Canada and India. "We are constantly looking at possibilities of enhancing [those] exchanges," Vishnu Prakash said.

Mr. Modi is scheduled to arrive in Canada next Tuesday for a three-day visit. He will meet with Prime Minister Stephen Harper in Ottawa next Wednesday before travelling to Toronto, where he is expected to give a major speech at Ricoh Coliseum. He is also due to meet with the heads of banks, pension funds and other financial leaders in Toronto, and in Vancouver will visit a gurdwara and a temple and attend a dinner with Mr. Harper and other officials.

Mr. Modi will be the first Indian prime minister to conduct a bilateral visit to Canada in more than 40 years.

Indian PM Modi to meet with pension funds, banks during visit to Canada
May 14, 2018 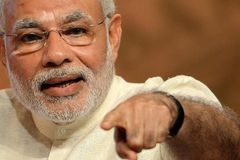 The politics behind India’s surprise rate cut Subscriber content
May 12, 2018 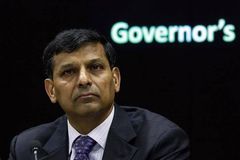