The Conservative government is rewriting laws to block potential criminal charges against the RCMP over the destruction of documents related to the long-gun registry in a move that Canada's Information Commissioner says establishes a dangerous template for future governments to absolve themselves of all kinds of wrongdoing.

It sets a "very, very perilous precedent," said Suzanne Legault Thursday after tabling a special report on the Mounties' scrapping of documents in 2012 from the now-defunct registry – documents that she says were protected by the Access to Information Act – and the more recent move by the government to wipe the slate clean.

Ms. Legault accuses the RCMP of deliberately destroying most electronic records of non-restricted firearms despite her instructions to preserve them because they were the subject of an Access to Information request.

Under the Information Act, it is a criminal offence to obstruct the Commissioner in her investigations and to willfully destroy records with the intent to deny a requester's right to information. Had Ms. Legault's accusations against the RCMP followed their natural course, they could have resulted in the first arrests under the Act in Canadian history.

But the government of Prime Minister Stephen Harper stepped in proactively to thwart any repercussions against the RCMP by including a clause in last week's 167-page omnibus budget bill that exempted all records from the long-gun registry from access requests and from any complaints, investigations, applications, judicial reviews, appeals or other proceedings under the Act.

The clause would apply retroactively to Oct. 25, 2011 – when the government introduced legislation to scrap the registry. That means any Access to Information requests filed on or after that date regarding information in the registry would be void.

"The bill that's before Parliament erases all of the requester's rights and all of the powers of investigation of my office, including, potentially, the right to go to Federal Court to have a second review and an order for disclosure of the remaining records," Ms. Legault told The Globe and Mail. "And it also eliminates retroactively to Oct. 25, 2011, all civil, administrative or criminal liabilities for any actors involved in the destruction of those records."

If the budget bill passes and becomes law – which is almost certain to happen with the Conservative majority – it would set the stage for governments to rewrite other legislation to expunge illegal behaviour, Ms. Legault said.

For instance, she said, had the Liberal government taken this approach in 2005, it could have amended the law governing the Auditor-General after the completion of the sponsorship scandal audit to ensure that all of the investigations and conclusions that tainted the Liberal Party were invalidated.

Or "we could, for example, with this bill, set a precedent whereby, if there were findings of electoral fraud, the government could just pass a law and say: 'No, these provisions never applied,'" Ms. Legault added. "That is the consequence of setting such a precedent."

Normally, it would be the RCMP that would investigate allegations of wrongdoing under the Information Act. But that could obviously not happen in this case, so Ms. Legault has referred the matter to the Attorney-General of Canada for possible obstruction charges and intends to file an application with the Federal Court.

Attorney-General Peter MacKay sent the matter to the Public Prosecution Service of Canada, which has forwarded it to an unnamed investigative agency. But the clause in the budget bill makes further investigations unlikely.

When asked about the unusual move of using budget legislation to protect the RCMP, Mr. Harper said his government was merely ensuring that the will of Parliament to scrap the registry was being enacted.

He said he was not entirely certain that the Access to Information Act required the release of the documents from the gun registry. "But to be perfectly clear," he said, "the government is clarifying the Information Act to make sure it is in full conformity with Parliament's already expressed wishes on the long-gun registry that the RCMP has executed, as they were required to do according to the law."

Ms. Legault said she raised the matter last month with Public Safety Minister Steven Blaney, who replied that he did not intend to require the RCMP to provide any additional information.

An RCMP spokesman said in an e-mail Thursday that the force has co-operated with the Office of the Information Commissioner and provided the information demanded by the requester.

The RCMP, the spokesman said, does not agree that the force violated the Access to Information Act by destroying records responsive to the request and would "vigorously defend against any accusation of unlawful conduct." 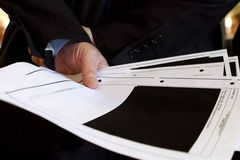 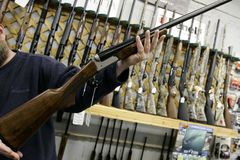 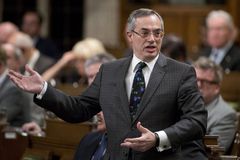