The man at the centre of an alleged espionage scandal worked in a military communications nerve centre where sources say Sub-Lieutenant Jeffrey Paul Delisle would have had top-level clearance to peruse Canada's defence secrets.

Sources say SLt. Delisle's most recent posting, the ultra-secure HMCS Trinity communications centre in Halifax, is surrounded by barbed wire and protected by an electronic shield that blocks unauthorized transmissions.

On Tuesday, the naval intelligence officer accused of spying had his bail hearing in a Halifax court delayed until next week at the request of his lawyer, who wanted more time to prepare. SLt. Delisle opted not to appear in court. "He doesn't want to come up," defence lawyer Cameron MacKeen told the judge, referring to the jail cells used by prisoners due in court.

What may be the biggest spy scandal in Canada in more than half a century exploded Monday after SLt. Delisle was charged with passing secrets to a "foreign entity" under Canada's Information Security Act. It's the first charge of its kind ever laid and one where the maximum penalty is the toughest possible under this country's justice system: life in prison.

Details are slowly emerging about the Canadian Forces officer, despite a curtain of silence that's been lowered by tight-lipped authorities, including the fact he declared bankruptcy in 1998.

The RCMP, Canadian military and the government refused to discuss the case but Defence Minister Peter MacKay took pains to insist the espionage allegations had not hurt the country's relations with its foreign partners. "Let me assure you that our allies have full confidence in Canada."

Sources say the Trinity communications centre was also privy to intelligence from Canada's allies including the United States, Britain and Australia.

Officials at the U.S. and British embassies in Canada were not available for comment Tuesday.

Mr. MacKay on Tuesday refused to identify which country SLt. Delisle is alleged to have been spying for. "I'm not denying or confirming anything," he said when asked to comment on news reports saying the recipient of the secrets was Russia.

A woman at Russia's embassy in Ottawa said the embassy had no comment at this time on the Delisle story.

Sources said the Canadian government is currently conducting a damage assessment to discern how much national security has been compromised.

CTV reported Tuesday night that Canada is preparing a "measured response" to Russia that could include either summoning the Russian ambassador or expelling Russian diplomats.

However, the network said, the Harper government is leery of poisoning relations with Moscow and causing a public spat because the Prime Minister is headed to Russia later this year for a APEC summit.

Little is known about SLt. Delisle, 40, other than he most recently resided in Bedford, N.S., a suburb of Halifax, with a woman and three children.

His myspace.com page lists him as single as of 2008 and filings show a man with the same name and date of birth as the espionage suspect declared bankruptcy in Nova Scotia in February 1998 – less than two years after Jeffrey Delisle joined the Canadian Forces reserves.

It was barely a month before his 27th birthday, according to the record of the proceeding, and he owed $18,587 while declaring assets of $1,000.

He received a discharge from bankruptcy in November of 1998, filings show. The address given during the proceeding is currently assigned to a lower-level apartment at the back of a small house in Beaver Bank, a different suburb of Halifax.

Michael Hennessy, a professor of history and war studies at Royal Military College in Kingston, said the case is really unmatched in Canadian history – if the charges are proven. "For an officer and intelligence officer in particular to be involved in such behaviour is a massive betrayal of trust. It really is unprecedented."

SLt. Delisle originally joined the Forces as a reservist in 1996 and later became an officer in 2008 after completing a bachelor of arts at Royal Military College. 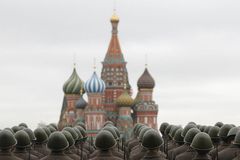 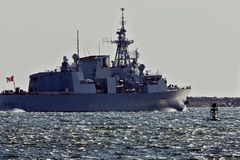 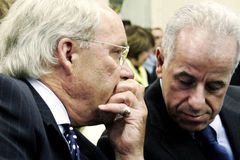 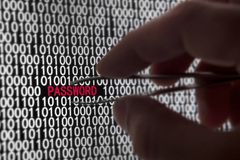 Follow Steven Chase and Oliver Moore on Twitter @stevenchase @moore_oliver
Report an error Editorial code of conduct
Due to technical reasons, we have temporarily removed commenting from our articles. We hope to have this fixed soon. Thank you for your patience. If you are looking to give feedback on our new site, please send it along to feedback@globeandmail.com. If you want to write a letter to the editor, please forward to letters@globeandmail.com.
Comments are closed