They came to the National Assembly to support a woman's religious right to wear a niqab in Quebec but four members of the World Sikh Organization of Canada were turned away because of another religious flashpoint - the kirpans they were carrying.

The four Sikhs had been invited to appear before a legislative committee debating a bill that deals with the reasonable accommodation of religious minorities. But the group never got through the metal detectors at the entrance of the National Assembly building as security agents ruled the kirpans, or ceremonial daggers, they carried were a potential weapon.

The incident overshadowed the conclusion of an eight-month hearing over a controversial bill that prohibits anyone from covering their face when receiving certain government services. Bill 94 takes direct aim at the wearing of the niqab, which has been viewed as a symbol of submission of women and a violation of their equality rights.

The Sikhs were to appear before the committee to defend a view argued by other religious groups - that Bill 94 "would set a dangerous precedent." While the Sikh faith forbids women from to cover their face, they nonetheless argue that "forcing people to abandon certain cultural or religious practices is not the Canadian way and it is not productive."

But the Quebec way is different, the Parti Québécois argues. Louise Beaudoin, the party's designated critic on secularism, called for even tighter restrictions on religious freedoms whenever they clash with fundamental rights such as the equality between men and women.

"Religious freedom exists but there are other values. For instance, multiculturalism is not a Quebec value. It may be a Canadian one but it is not a Quebec one," she said.

Ms. Beaudoin supported the security agents' decision to prohibit access to the four Sikhs when they refused to remove their kirpans.

Quebec's Minister of Immigration, Kathleen Weil, was careful not to criticize the security measures but attempted to reassure the Sikh community that its arguments will be considered.

"There's no second guessing the [security agents']decision," Ms. Weil insisted. "I want to tell [the Sikh community]that I hear their message and tell them that Quebec society is an open society and open to pluralism and that reasonable accommodations are something we believe in."

Tuesday's incident could evolve into yet another court battle. Mr. Singh said the Sikh community will "examine all our options" if the National Assembly refuses to changes its security measures.

But head of security Pierre Duchesne said he doesn't believe the rules should be changed. "In my opinion it [the kirpan]is a knife … It isn't because it's worn by a Sikh and that it's a religious symbol that at some point it won't be used by a crackpot. Sikhs can also have mental problems," he said.

In 2006 the Supreme Court of Canada ruled unanimously in favour of the Sikh faith after a Montreal school board had banned wearing of the kirpan in class. The court concluded that the total ban infringed on religious freedoms and violated the Canadian Charter of Rights and Freedoms. However, the ruling allowed school boards to impose restrictions that would make sure the kirpan was safely sealed in a sheath and placed in a secure envelope strapped to the shoulder.

The kirpan ruling sparked a fiery debate on religious freedoms in Quebec, a discussion that has continued with the controversy over wearing the niqab.

Another incident involving the kirpan last February was resolved without incident when a group of Sikhs from a Montreal temple accepted to leave their kirpan at the door to attend a ceremony at the National Assembly.

"There are precedents," Ms. Beaudoin said in insisting that reasonable accommodations was a two-way street.

There have been a number of court rulings that have determined where Sikhs can carry the kirpan.

A 2006 Supreme Court of Canada ruling allowed for students to wear the kirpan in class. However, the court said that for public-safety reasons schools, boards could demand that the ceremonial dagger be secured inside clothing and out of reach. The case involved a Montreal school board's suspension of a Sikh boy.

The decision supported a much earlier ruling involving the Peel Board of Education when the Ontario Human Rights Commission in 1991 concluded that a policy prohibiting the wearing of the kirpan discriminated against Sikhs on the basis of their faith.

In the case of air travel, a ban has been strictly enforced. International standards imposed a strict prohibition against all sharp objects, including the kirpan, regardless of a person's religion or culture. In 1999, the Canadian Human Rights Commission decided that a demand to wear the kirpan on airplanes did not constitute a reasonable accommodation.

The decision has been different for rail transportation. In December, 2006, Via Rail changed its policy to allow the kirpan to be worn on trains.

While the vast majority of provincial legislatures as well as Parliament allow wearing of the kirpan in their buildings, courts have been reluctant to follow suit. Last April, a Windsor, Ont., judge refused to allow a Sikh leader to carry the kirpan in the courtroom.

The kirpan was not considered a security risk at last year's Vancouver Winter Olympics where secured kirpans with blades no longer than four inches were allowed. 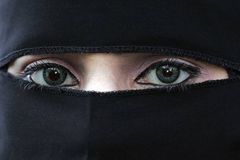 Quebec's bureaucrats will have to play God
December 21, 2010 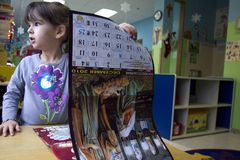 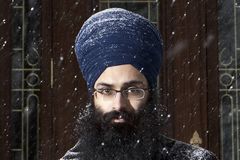 Multiculturalism: Good, bad and ugly
October 1, 2010
Follow us on Twitter @globepolitics Opens in a new window
Report an error Editorial code of conduct
Due to technical reasons, we have temporarily removed commenting from our articles. We hope to have this fixed soon. Thank you for your patience. If you are looking to give feedback on our new site, please send it along to feedback@globeandmail.com. If you want to write a letter to the editor, please forward to letters@globeandmail.com.
Comments