The deployment of Canadian troops to Iraq did not require a vote in the House of Commons because they're not in a combat role, Prime Minister Stephen Harper says.

Mr. Harper faced questions over the deployment Monday, in the first Question Period of Parliament's fall sitting. The government also faced questions about calls for an inquiry into murdered and missing indigenous women, a recent tax credit and infrastructure spending, among others. Four new MPs also took their seats after recent by-elections while a former cabinet minister who had battled cancer returned to a warm welcome. Here's the summary. 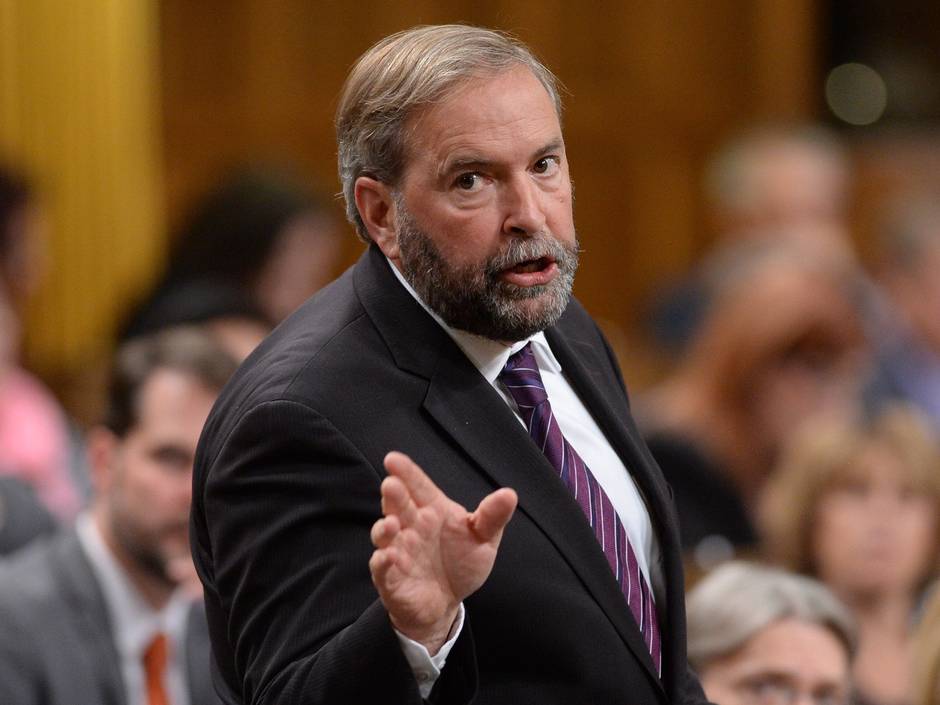 Iraq was the first subject of Question Period, with Official Opposition and NDP Leader Thomas Mulcair pressing Mr. Harper on how many Canadian soldiers were in Iraq, and why the House of Commons had no say in the deployment of troops.

Mr. Harper couldn’t give a precise answer on how many Canadian Forces members are in Iraq – saying it was a “few dozen” Army officials in an “advise and assist” capacity, as well as Air Force crews helping deliver weapons and supplies from other countries to Kurdish fighters.

Mr. Mulcair then cited a 2007 Throne Speech, in which Mr. Harper pledged “any future military deployments must also be supported by a majority of parliamentarians,” whereas the Iraq deployment garnered a committee hearing. “Now he’s sending Canadian troops to join the war in Iraq without a vote in this House, without even a debate in this House,” Mr. Mulcair said.

The PM shrugged it off. “Wherever there has been deployment of a combat nature, the government has put this to Parliament for a further confidence vote. Mr. Speaker, that is not the case with the present mission to Iraq,” Mr. Harper said. The answer didn’t satisfy the NDP leader. “He’s inventing now a distinction that did not exist at the time,” Mr. Mulcair said.

Defence Minister Rob Nicholson later said his “understanding is that Parliament in fact will be discussing this [Iraq deployment], and I invite everyone to participate.” 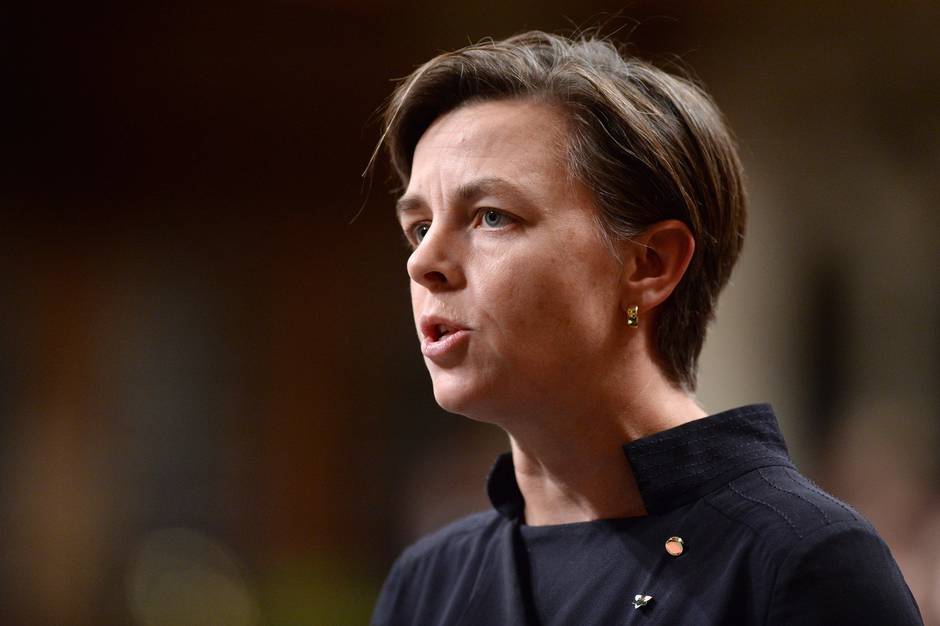 The government turned to Kellie Leitch – the Minister of the Status of Women – for questions Monday on whether to call an inquiry into missing and murdered indigenous women. Dr. Leitch, who is also Labour Minister, continued to say it was the job of police to investigate the crimes, and that an inquiry would only amount to more work for lawyers.

“We actually need the police to catch the individuals who are perpetuating these crimes and make sure they are punished,” Dr. Leitch said in one of several responses she gave on the subject. “Now is actually not the time to get another study, another look by the lawyers. Now is the time for action, and that is what this government intends to do.” She later criticized the opposition for voting against certain initiatives related to aboriginal women’s rights, such as the Family Homes on Reserves and Matrimonial Interests or Rights Act, which passed last year despite opposition from some aboriginal groups. 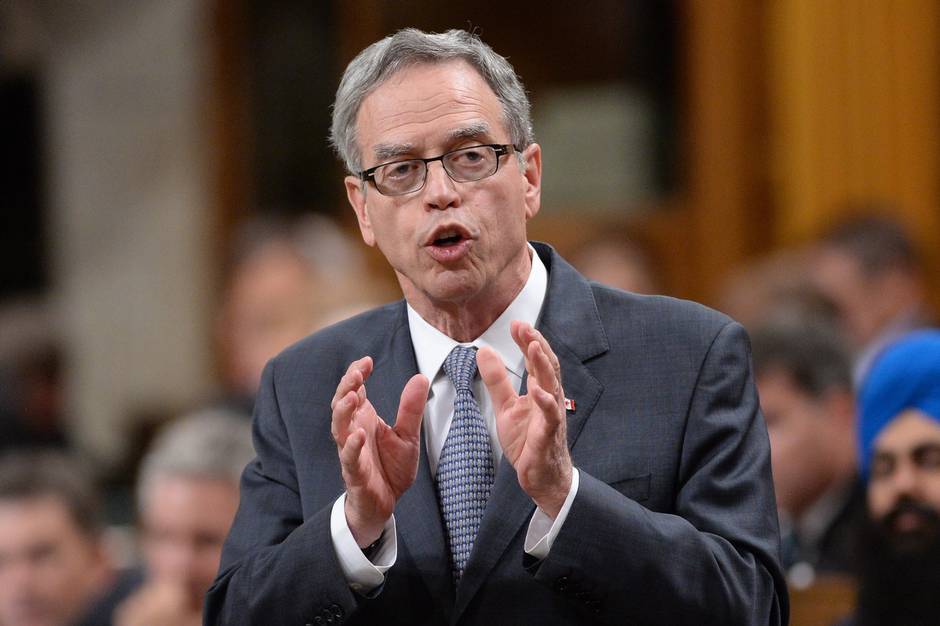 Liberal Leader Justin Trudeau used his first questions to press Mr. Harper on the Conservative government’s recently announced Employment Insurance tax credit for small businesses, dubbed the Small Business Job Credit. Mr. Trudeau said the formula could incentivize businesses to lay off staff, rather than hire, and instead urged the government to offer “an EI exemption” for every new job a business creates. “That is a way to offer growth and job creation,” Mr. Trudeau said, a proposal later echoed by another Liberal MP. Mr. Harper dismissed the proposal and congratulated Finance Minister Joe Oliver on the initiative. Mr. Trudeau’s early questions were also met with heckling from the Conservative-dominated House of Commons.

An HPV vaccine is administered. (Reuters)

A call for HPV vaccines

Tory MP and former environment minister Peter Kent returned to the House Monday after receiving treatment for cancer in Toronto’s Sunnybrook Hospital, and was greeted by warm applause. He used the opportunity to call for a policy change.

Mr. Kent, who said his cancer was related to the human papillomavirus (HPV), told the House many of his doctors said the government should recommend the HPV vaccine for boys – the federal government announced a national vaccination program for girls in 2007, and the National Advisory Committee on Immunization recommended in 2012 that boys aged 9 to 26 be immunized. Some provinces do, but in others those immunizations are not covered and are cost-prohibitive.

“My doctors advise that the program should now be extended to cover boys, that otherwise, we can expect a spike in the incidence of HPV cancers in men in coming decades,” he told MPs during member’s statements, shortly before Question Period began. “I am delighted to report that the Minister of Health [Rona Ambrose] has told me that she will take this matter under consideration.”

In a statement, Ms. Ambrose welcomed Mr.Kent’s return and said she’d raise the issue with her provincial and territorial counterparts at an upcoming health ministers’ meeting. “Cancer is a disease that touches many Canadians and their families, including my own,” Ms. Ambrose said.

Mr. Kent’s physicians are not alone in calling for boys to be vaccinated in greater numbers. The Canadian Medical Association “strongly supports the call for public funding to vaccinate both girls and boys for human papillomavirus,” CMA president Dr. Chris Simpson said in a statement. Dr. Simpson’s statement stressed that immunization is the most cost-effective way to prevent spread of disease. “Taking action upstream to protect the health of Canadians will help our society better manage the growing and evolving health care needs of our aging population,” his statement said. 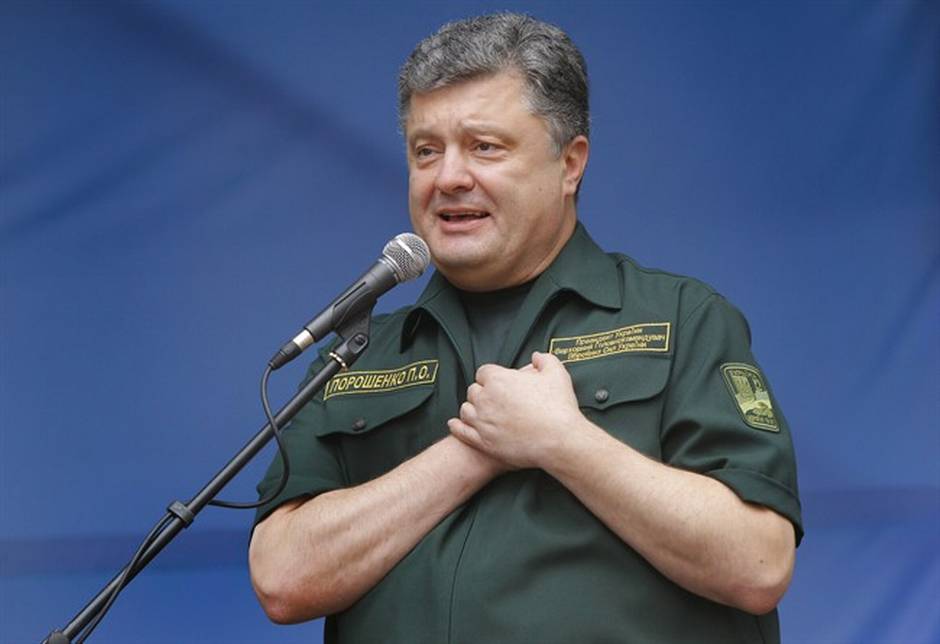 Government House Leader Peter Van Loan also moved that Parliament host Ukrainian President Petro Poroshenko on Wednesday, deferring typical proceedings and opening doors at 2 p.m. local time – typically when Question Period takes place – for MPs and senators to hear the speech. The motion received unanimous consent, and came after Mr. Harper, in a speech earlier in the day, once again reiterated Canada’s support for Ukraine and its opposition to Russian aggression in the region. 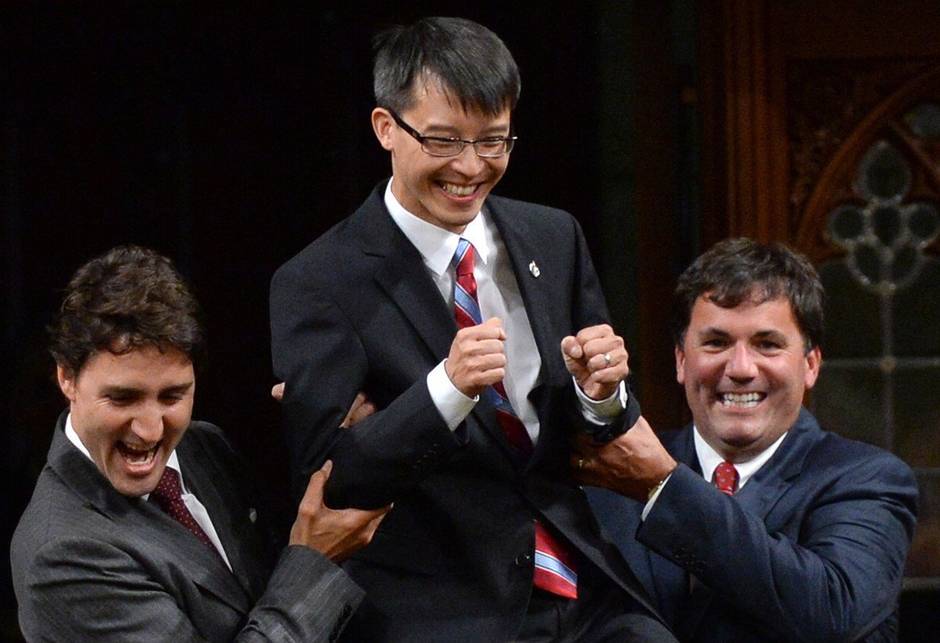 Conservative MPs John Barlow and David Yurdiga, each from Alberta ridings, and Liberal MPs Adam Vaughan and Arnold Chan, each from Toronto ridings, made their first appearances in the House of Commons, introduced by their respective party leaders. Each of the four also later asked a question.

The Conservative MPs lobbed gentle questions at ministers – with Mr. Barlow asking about programs to boost rural Internet access, and Mr. Yurdiga asking the finance minister what is being done to support small businesses.

Mr. Vaughan, meanwhile, pressed Mr. Harper on the issue of missing or murdered indigenous women. “When we he put as much effort into finding these missing people as he did into finding the missing Franklin Expedition?” Mr. Vaughan asked, referring to the discovery of the lost ship announced earlier this month by Mr. Harper’s office. Mr. Harper didn’t reply, with Dr. Leitch instead responding to the question. Mr. Chan, meanwhile, pressed the government for more infrastructure funding for Ontario, including a subway extension in his Scarborough riding.