If someone told you that a country, any country, was heading into its fourth general election in less than six years, you would say: That country is broken.

Right now, the Canadian political juggernaut is lurching toward the defeat of Prime Minister Stephen Harper's Conservative government, even though there is no real issue at stake (Employment Insurance reform? Come on) and no likelihood, according to the polls, that the election race will result in anything beyond yet another unstable minority government.

"We are in a continuous election campaign with no discussion of issues," observes Ned Franks, a political scientist at Queen's University and a leading authority on Canada's Parliament.

Major concerns - from immigration to the environment to the very fate of the federal government within Confederation - languish, as the parties use Parliament for an elaborate and futile game of political chicken.

A political system designed to produce majority governments or, at the least, stable minority governments, has malfunctioned, throwing up instead a succession of regimes so fragile that the campaign for the next election begins with the first Speech from the Throne.

This is nowhere better reflected than in data presented by Prof. Franks at a recent gathering of the Public Policy Forum, an Ottawa think tank.

"Parliament as an instrument is not being used properly either by the opposition or the government," Prof. Franks says. "It's not sitting enough to do what I think it should do for Canada."

While the United States claws its way out of vicious economic crisis, Canada is recovering nicely from a reasonably mild recession, thanks to the federal government's sound fiscal and monetary policies. Most Canadians have good jobs and receive excellent government services, from education to health care. Most people are content.

Given how well Canadians live, thanks in no small measure to their governments, Prof. French asks, "what justifies this terrible, dark view of the country that Canadian intellectuals constantly indulge in?"

Few would deny that the chickens released in the 1990s have come home to roost today. To rid itself of deficits, Jean Chretien's government offloaded to the provinces increased responsibilities for running health care, education, welfare, environmental policies and a plethora of other duties, without providing sufficient funding.

The provinces, once they stopped howling, set about raising revenue and taking on their new mandates. Today, Canada is a nation of strong provinces with a weak federal government, hobbled by minority Parliaments and uncertain of its own relevance.

The nineties also witnessed the rise of the Bloc Quebecois and the threat of Quebec separation. That threat has receded, but the Bloc remains, immovable, commanding a majority of Quebec seats and making it extremely difficult for any other party to establish a majority.

But the other parties are regional, too. The Liberal Party has become principally the party of Toronto, Montreal and Vancouver, while the Conservatives are the party of Alberta and rural English Canada, although they are steadily encroaching on the Liberals' remaining urban bastions. In that sense, the major parties encompass the solitudes of urban and rural, multicultural and white, Alberta and the rest.

The country is also divided along generational fault lines. Fewer voters are turning out, and participation among voters under 30 is dismal. Contrast that with south of the border, where Barack Obama's landmark campaign married the power of Web-based social networking to a progressive message as a means of galvanizing younger voters, who turned out in force to help make him president.

The fifty- and sixty-something white men who head up Canada's major political parties speak neither to its multicultural reality nor to the younger cohort of voters.

"It's very important" that the political party elites "open up their parties to the broader public" insists Alison Loat, executive director of Samara, a nonprofit organization that fosters researches on public policy, citizenship and the media. "It's not just limited to the young. It's across the board."

Though the Prime Minister is convinced he can win a majority this time, the polls, unless they change, say we are headed for another minority. The question then is whether the leadership of the political parties can grow up, and can begin providing the stable, productive government that characterized the minority governments of Mackenzie King and Lester B. Pearson.

"I would be delighted to see [a Parliament]where we're a little more comfortable with compromise," hopes Ms. Loat. That means having leaders "more willing to have tough discussions without backing themselves into corners that are tough to get out of."

But that would require a change of culture in Ottawa, a recognition that the day of the political party as a national institution brokering interests within its own ranks and governing within a majority consensus - or at least a large minority one - is at an end, because no party is likely to receive such a mandate in this election or the next.

Party leaders must look at each other as legitimate representatives of sectional interests whose needs deserve to be accommodated. That is no easy concession in any Parliament, and especially difficult to imagine in this one.

If the election returns another conservative minority government, the future of every party leader will be in question. Yet there are no obvious successors.

Perhaps we need these elections to burn through the remaining crop of politicians who rose to prominence in the last century. Perhaps we're waiting for a political party to realize that this century's Canada needs a new generation of leaders. Perhaps we will end this foolishness when we elect a Parliament that resembles the Canada that is to come. 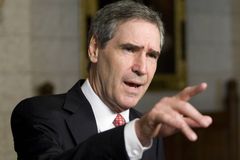 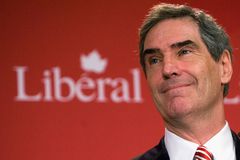 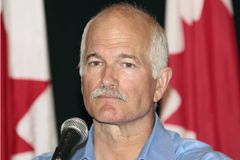 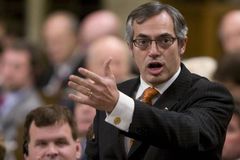 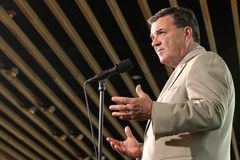 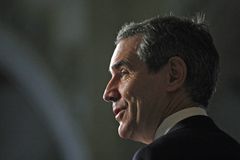