In last week's provincial election in Ontario, I held my nose and voted for the incumbent.

What irked me was not his integrity or dedication to public service, both well-proved, but that along the way, this once-bright-eyed idealist had been slapped by his party to show him who was boss. After a one-year stint as minister, he was chucked out of office. From that day on, he become party property. A conscionable person became a mouthpiece who stuck out his nose only to be led by it – a hack.

Worse, this hollowing out is commonplace – the fate of all those who pursue their ideals through our party system.

In Canada, the only exceptions are to be found in the Northwest Territories and Nunavut, which have managed to keep political parties out of their legislatures. Municipal politics sometimes seem party-free, but in most places, some councillors and hard-nosed city mayors usher parties in through the back door. In Toronto these days, you are either for or against the Conservative-aligned Ford brothers. Unaffiliated councillors who make up the mushy middle are relics of the past.

In the North, the premiers and cabinets are elected by secret ballots cast by all elected officials. That model, harking back to aboriginal traditions of consensus, encourages politicians to exercise their powers in relation to constituencies more important than any distant party machinery. Why not take the best of their experiment and mix it with the best of our current system?

According to University of Toronto political scientist Graham White, party politics sit less easily in Canada than in Britain, where our system was born. "In Britain, the governing party tends to see legislation as three-tiered: If an issue before Parliament is bottom-tiered, very little force is used to bring members into line. The same is true in the middle tier." The party whip lashes out only on the budget and other issues that must pass if the government is to retain power.

"Canadian politicians tend to break rank far less often," Prof. White says. "But it is not the Westminster system that demands conformity. It is far more what [MPs]have between their ears: They think that if they step out of line, the whole system will come crashing down."

The partisan gridlock in Washington is well-known, but it's less recognized that there is but a small window – maybe four or five years – for Canadians to get our act together or prepare to go down the same toilet. Early signs are everywhere. The decimation of the centrist federal Liberals, in particular, leads many people to speculate the three-party system may give way to a two-party one.

The current system is unfit to deal with the stresses of our time. How to fix it? Let's try a thought experiment, without picking at details yet. Municipally, a mayor might be chosen not directly by the public, but by secret council ballot, the way the premier is elected in Nunavut. This would make it much more difficult to impose an unwarranted partisan "mandate." The mayor would be forced to learn John A. Macdonald's art of herding cats rather than the debased Machiavellian craft of lording it over sheep.

Provincial and federal systems are more complex. But consider a no-party system in which the public votes directly for MPs and provincial members, and then the members themselves elect the cabinet ministers, who would then elect the prime minister or premier in the same way. Each would-be minister would specify proposals and what portion of a projected four-year budget (estimated by the national bank) it would take to accomplish them. Each MP's or provincial member's ballot would have to name a set of candidates whose estimates added up to no more than 100 per cent of that budget.

This would eliminate the deadly boring ideological straitjackets parties put on to distinguish themselves from the other parties. It would also prevent leaders from bullying junior members, such as my candidate, into line.

Academics generally don't believe a party system can be removed once in place. They think of parties in the classical way, as mechanisms that simplify a host of issues. But parties are also machines that stop at nothing in the pursuit of power, and memory banks filled with stale truths and old vendettas. They are models of top-down governance. And they kill the creative spirits of most everyone who is forced to play by their rules.

If parties are here to stay, then we – who need leaders who can engage dynamically and ingeniously with all the challenges we face – probably are not. 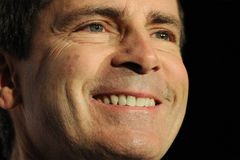 Would the real Barack Obama please stand up?
September 23, 2011 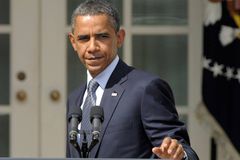