The federal NDP has changed tack and announced it would impose sales taxes on Netflix and other foreign Internet-based companies, diverging sharply with the other major parties on the contentious pocketbook issue.

The announcement is a clear shift for the NDP, which promised in the 2015 general election that it would not tax Netflix. It shows that under rookie leader Jagmeet Singh, the party is willing to reverse traditional policies to capitalize on the Liberal government's perceived weaknesses among progressive voters.

"All companies, whether they are Canadian or foreign, should be paying their fair share. It is the federal government's responsibility to level the playing field, and this means making sure that all companies that do business in Canada pay their taxes," NDP MPs Pierre Nantel (heritage critic) and Alexandre Boulerice (finance critic) said in a joint statement.

Heritage Minister Mélanie Joly announced on Sept. 28 that Netflix would invest $500-million over five years to set up a production house in Canada. Despite widespread criticism in her home province of Quebec, Ms. Joly has staunchly defended her government's refusal to tax Netflix and other Internet firms that are based outside Canada.

Ms. Joly and Netflix have both insisted there is no link between the new investment in Canada and the government's tax policy.

"We have not made any deals about taxes," said Netflix director of global public policy Corie Wright in a blog post Tuesday. "Netflix follows tax laws everywhere we operate. Under Canadian law, foreign online services like Netflix aren't required to collect and remit sales tax."

The Conservative Party made it clear last month that it, too, would uphold Netflix's tax-free status.

A typical subscriber to Netflix would pay less than $2 a month in additional GST/HST if the service were taxed, but the Conservatives have used this issue in recent years to accuse their rivals of planning to hit taxpayers for extra revenue.

"Only our party can be trusted not to bring forward a new Netflix tax," former Conservative leader Stephen Harper said in the last election.

Former NDP leader Tom Mulcair responded to Mr. Harper's assertion by saying he had no idea what the Conservatives were talking about. "We have no plan to bring in such a tax," Mr. Mulcair said in 2015.

The Liberals also denied having any such plan, releasing a statement saying the party "categorically opposes a Netflix tax."

Still, a number of key players in Canada's cultural industries have said foreign-based companies have a leg up on domestic rivals, which are hit with sales taxes and have to contribute to the production of Canadian content.

Ms. Joly met with Quebec's Union des artistes (UDA) this month to reassure Quebec's cultural producers that the Netflix agreement is just the first step in an overall reform to protect homegrown culture in the digital era. "We need to find a new model that will guarantee the sustainability of financing and of our cultural sovereignty on the Internet," she said.

UDA president Sophie Prégent emerged from the meeting saying she delivered a message to the government that artists are angry.

Carlos Leitao, Quebec's Finance Minister, has said the streaming service "falls well within the basket of taxable services" and will be hit with a provincial sales tax in the future. He said it will collect as much as $20-million per year. 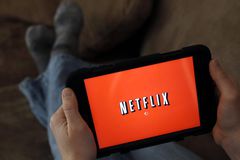 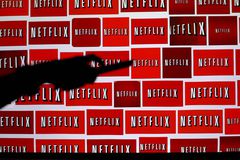 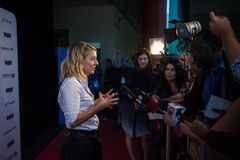