The raft began as a small affair made of scavenged logs, just enough for three siblings to float in rustic style near their family cottage in Muskoka. As James Laxer grew older and had children of his own, he continued to expand it, adding two-by-fours until it resembled an ungainly barge big enough to carry 20 adults, drinks, food and collapsible chairs on journeys along Sunny Lake, near Gravenhurst, Ont., powered by an outboard motor of indeterminate horsepower.

"It was quite the sight," said his eldest son, Michael Laxer. "Our immediate neighbours were used to it but when we ventured further along the lake, people would come out cottages to watch us pass. Kids were especially fascinated."

For Mr. Laxer, one of the founders of the Waffle movement that pushed the New Democratic Party to make a hard turn to the left, a prolific writer and a political science professor at York University despite never having written his PhD thesis, the raft reflected a vision of the world that was simple, inclusive and contained. Gregarious and curious, he brought people from all walks of life into his sphere as if they had been there all along.

"We remained friends for 50 years, even if we were divided on issues with regard to the party," said Gerald Caplan, a New Democrat who opposed the Waffle and voted for David Lewis when Mr. Laxer ran against him for the party leadership in 1971. "He was a wonderful candidate and mensch, principled yet impersonal in his politics, with a real sense of decency in how he treated people."

Mr. Laxer died suddenly in Paris on Feb. 23 of heart-related causes. A francophile, he was on vacation after a work trip that had him combing through archives in the U.K. for Second World War correspondence between Winston Churchill and William Lyon Mackenzie King for the latest in a considerable string of books that includes titles such as Canada's Energy Crisis, The Border and his memoirs of growing up in a communist household during the McCarthy era, Red Diaper Baby.

"Over time, there were several Jim Laxers," Dr. Caplan said. "The earlier Jim Laxer weighed substantially more than the last one, with an atrocious moustache, thick dark hair, an enormous intellect and the gift of the gab. The Jim Laxer I last knew was still brilliant but he got religious about health, became a regular runner and always ate well."

Michael Laxer recalled a father who was not afraid of taking political positions that veered from the mainstream, loved to make zany dishes such hot dog salads and bacon with carrots, and always tried to put people at ease, no matter how trying the situation.

"It wasn't that he'd try to make light of things," said the son. "On the contrary, he felt them deeply but he also felt that shouldn't preclude a smile. He was goofy, open and larger than life."

Born in Montreal on Dec. 22, 1941, Jimmy was the eldest of Robert and Edna May Laxer's three children. His father was the son of a Hasidic rabbi who had forsaken his religious upbringing for a life based on secular and communist principles while his mother's parents were Protestants from Toronto who had worked for years as missionaries in China. The couple's potential clash of cultures evaporated in their joint commitment to political activism.

The parents moved to Ontario a few months after young Jimmy was born but in the early years, the father was absent, an officer in the Canadian army who was fighting overseas. Upon his return, Robert Laxer first worked as an organizer for the Labor-Progressive Party , the political organization formed in 1943 to replace the Communist Party of Canada, which the federal government had banned three years earlier. When the world learned of the crimes committed by Soviet dictator Joseph Stalin in his push to transform the USSR into an industrial and military superpower, he quit the party, returning to school to become a psychologist and professor.

Young Jimmy and his siblings, Gordon and Linda, spent a decade in a tiny house in Toronto's Christie Pits neighbourhood, not really part of either of the worlds their parents came from. While they learned early on to be silent with their peers about their parents' activities, they also found themselves put to work collecting signatures for petitions to ban the bomb and delivering political flyers door to door.

The brothers shared a bedroom and a passion for the Montreal Canadiens, especially right winger Maurice (Rocket) Richard.

"In 1954, we got to attend a team practice at the Montreal Forum. Afterward, Richard signed autographs for us. Mine read 'Good luck, Gordie.' For some reason, my brother's read 'Bonne chance, Jimmy,' " said Gordon Laxer.

The next year, when Mr. Richard was suspended for the remainder of the season following a violent fight on ice, the brothers considered NHL president Clarence Campbell, who made the decision, the "devil incarnate."

"I think, when Jim came up with his very well-thought-out position on Quebec's right to self-determination, some of it springs from that decision," Gordon Laxer continued.

Mr. Laxer got a BA at the University of Toronto in the mid-1960s before moving to Kingston, where he completed an MA and his coursework for a doctorate at Queen's University. Life got in the way when it came to writing his PhD thesis, however, for in 1969, he joined with his brother, his father, Mel Watkins and others to form the Waffle movement within the NDP and write the manifesto that would become a lightning rod for controversy at that year's national party convention and beyond.

Mr. Watkins, a former political science and economics professor at U of T, recalled in a piece published on Rabble.ca that even though the invention of the Waffle was a collective act, it was primarily Mr. Laxer's conception. From the outset, he was its master strategist, orchestrating a program based on the premise that Canadian independence was possible only through socialism and vice versa.

In 1971, during the leadership contest to replace Tommy Douglas, Mr. Laxer ran against David Lewis, the presumed heir apparent. In the end, it took four ballots, with Mr. Lewis chosen as leader despite a strong showing for Mr. Laxer.

The following year, Stephen Lewis – David's son and leader of the Ontario NDP – successfully put forth a resolution at the party's provincial council that ordered the Waffle either to disband or leave the party altogether. The problem, he explained, was not so much the issues as the fact that it represented a party within a party, thus diluting the message the New Democrats were trying to deliver to voters.

"Jim's analysis was acute and thoughtful but having that party within the party was so disruptive, we couldn't have survived if it remained," Mr. Lewis said. "I would do the same thing again today for that reason."

Mr. Lewis noted that having ideological and philosophical differences is in itself part of the democratic process; one need only look to the battle between B.C. and Alberta over the creation of an oil pipeline, or the debate about the Leap Manifesto that was crafted by his son, Avi Lewis, and daughter-in-law, Naomi Klein, which calls for a radical restructuring of the Canadian economy as the country moves to end its use of fossil fuels.

Mr. Laxer, along with other Wafflers such as Mr. Watkins, left the party and formed their own, the Movement for an Independent Socialist Canada. Although it fielded a few candidates in the 1974 federal election, it was disbanded after a disappointing showing.

In 1981, Mr. Laxer reached a rapprochement with the NDP, serving as the party's research director. And he continued to make a mark in Canada on a number of platforms, as a columnist and op-ed writer, as a radio host and the frontman for Reckoning: The Political Economy of Canada, a 1986 National Film Board series for which he won a Gemini award. Most of all, he was teacher for 47 years at York, somehow finding the energy to write a book every 18 months or so and inspiring thousands of students to think critically, creatively and compassionately.

Along the way, he married CBC producer Krista Maeots, the creator of the radio program Morningside, and they had two children, Michael and Kate. They were separated when she died by suicide at the age of 33.

He remarried and had two more children, Emily and Jonathan, with his wife, Sandy Price, who shared his principles, as well as his love of the cottage, all things French and the Alfred Hitchcock movie Rear Window.

Book Review
Review: James Laxer’s Staking Claims to a Continent offers a reflection on the people and moments that shaped North America
July 8, 2016 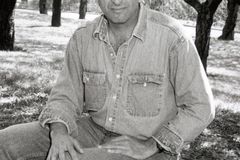