Prime Minister Justin Trudeau and his cabinet went back to school Sunday with one minister – Jane Philpott – trying to shed her new found reputation as a problem pupil.

The health minister used the start of a two-day cabinet retreat at Laurentian University to apologize in person for repeatedly using a pricey luxury car service owned by a man who volunteered on her election campaign last fall.

Casting the controversy as a learning experience for all ministers, Philpott repeated her vow, made in a written statement last week, to reimburse at least $3,700.

"I'm happy now to say in person, in front of all of you, that I apologize for what took place," Philpott told reporters on her way into the retreat, her first public appearance since the controversy broke last week.

Philpott called the controversy "a mistake" and insisted she never deliberately intended "to do anything that was wrong."

Still, she admitted that she could have been more clear when she told Parliament, in a written response to an opposition question placed on the House of Commons order paper, that she'd never used a limousine service.

Philpott said the response was crafted on the advice of her department.

"I don't want to get into the semantics of definitions of types of vehicles," she said.

"Again, in retrospect, we could have obviously been much more specific and clarified exactly what car service was used in some of my work. Again, lessons learned."

"It was a yes or no question and the minister chose to answer it the way she answered it," said Conservative MP Colin Carrie.

"She needs to face the consequences and there could be a contempt of Parliament issue coming out of this."

"She needs to understand that as a minister of the Crown, when she signs off on an order paper question it is because it is true, not because they've come up with some dodgy language to make it convenient," Angus said.

"She is responsible for this ... This is not credible behaviour from a minister with such an important portfolio."

Philpott paid $3,700 to Executive Sedan Livery Service Inc. for travel around Toronto and to Hamilton and Niagara Falls on March 31 and July 12 – an amount she's promised to reimburse.

She paid another $3,815 to the same company for 20 trips to Toronto's Pearson Airport. She has asked her department to review those charges to ensure fair market value was paid and she's promised to reimburse any that turn out to have been excessive.

Still, Philpott defended Sunday the use of a car service, rather than simply taking a taxi to the airport from her home in Stouffville.

"Ministers need to travel in a way that is safe and secure and reliable and also where we can conduct business while we're in the vehicle," she said.

The controversy underscores the need for "absolutely rigid, rock-solid procedures, check lists that we go through and that all of government needs to go through" before racking up bills at taxpayers' expense, Philpott said.

Trudeau did not take questions on his way into the retreat, which he billed as an opportunity to focus on the agenda for what promises to be "a very busy fall." One of the big themes of the retreat is "relationships" – relationships with provincial and territorial governments, with indigenous peoples and with the United States, he added.

On the federal-provincial front, one of the biggest challenges looming this fall is a planned first ministers' meeting that's supposed to hammer out a national strategy to combat climate change, including putting a price on carbon.

Environment Minister Catherine McKenna conceded there are "some difficult issues" to overcome but insisted "very good progress" has been made in behind-the-scenes negotiations. She vowed that Canadians "will see a serious climate plan in the fall," as planned. 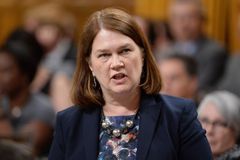 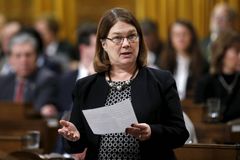 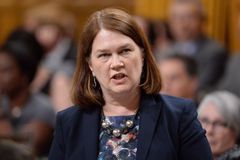