Canada's Health Minister says she is "personally concerned" that the Senate voted to remove end-of-life criteria from the Liberal government's doctor-assisted dying bill, as the Red Chamber on Thursday further rejected a bid to add new safeguards for non-terminally ill patients.

Health Minister Jane Philpott said the Senate's decision to take out the phrase "reasonably foreseeable" death from Bill C-14, and replace it with broader language from the Supreme Court, "raises concerns amongst vulnerable populations," including those with mental illness.

The court's language means a consenting and competent adult with a "grievous and irremediable" medical condition, who is suffering intolerably, would be eligible for assisted death. It does not specify that the person needs to have a physical or terminal illness.

"I am personally concerned about the lack of safeguards," Dr. Philpott told reporters on Thursday.

"The removal of the requirement for eligibility of natural death being reasonably foreseeable means that people with mental illness as a sole cause of their reason for seeking medical assistance in dying would potentially be eligible."

Dr. Philpott, who took questions alongside Justice Minister Jody Wilson-Raybould, further suggested the government will reject the amendment – and possibly others – when the bill makes its way back to the House of Commons for further review.

"We stand by the cohesiveness, the integrity of the piece of legislation that we put forward which strikes that balance that we believe is necessary, that has had broad public support, that has been supported in a vote in the House of Commons," Dr. Philpott said. "We are concerned about some amendments which may take away pieces of this bill and not be able to address the ramifications."

Senators are currently proposing amendments to the government's legislation, which passed in the Commons last week with support from almost all Liberal MPs and some Conservatives. But a more-independent Senate, which does not have a Liberal government leader, has made the outcome impossible to predict. The bill will eventually make its way back to the Commons, which can make its own changes and ship it back to the Senate. If neither side relents, a game of legislative Ping-Pong could ensue.

The first amendment to pass Wednesday, from independent Liberal Serge Joyal, was to remove the end-of-life criteria. Another amendment to include a palliative-care consultation passed on Thursday night, while another to explicitly add the phrase terminal illness, failed. The Senate also rejected a proposal to make it a crime to force a doctor or institution to perform medical assistance in dying or even refer a patient.

On Thursday, Conservative Senate Leader Claude Carignan put forward an amendment that would have required authorization from a superior court judge and an independent psychiatrist for patients who are not at the end of life. The change was rejected by a vote of 37 to 32, with four abstentions.

Mr. Carignan said he was disappointed with the result, and hoped the safeguards would help the House of Commons support the bill.

"I thought that it would be a good compromise to convince the other side to vote in favour," he said. "Sometimes it's unpredictable."

Mr. Carignan's amendment was supported by senators from all parties, including Mr. Joyal and Senate Liberal Leader James Cowan.

"Personally, I believe that the protections which are already contained in C-14 are sufficiently robust to protect against abuse. But I do understand many feel that they are not robust enough," Mr. Cowan told the chamber.

But other senators expressed concern that requiring sick and suffering people to go to court to access medical assistance in dying would marginalize those who aren't able to find a psychiatrist in their part of the country or obtain lawyers.

Independent Liberal Senator Mobina Jaffer pleaded with the Senate to reject the change, arguing that immigrant women in her home province of British Columbia would not be able to access legal aid.

"We are creating terrible barriers. Senators, we can only do so much," she said.

"If we pass this amendment, everything we work for is gone." 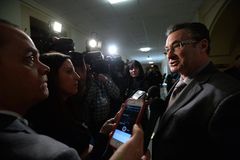 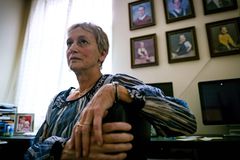