Jane Philpott describes it as the worst day of her life – a day so tragic that, although 25 years have now passed, she vividly recalls every single moment.

On that day, her first-born child, Emily, died suddenly of meningococcemia, a disease that is rarely seen in North America.

The family was living in Niger, in western Africa, where Dr. Philpott was practising medicine and helping train local health workers. Emily was not yet three years old, and the hospital where she could have received live-saving injectable penicillin was two hours away.

"The aggressive infection was going to win the race," Dr. Philpott wrote in a heartbreaking blog post several years ago. "Less than an hour into our journey, precious Emily had a seizure and then she stopped breathing. It was the most horrible moment of my life."

Earlier this month, on March 11 – the 25th anniversary of Emily's death – Dr. Philpott reposted her story. It was her way of marking the day.

Usually, she and her husband, Pep, do something special with their four other children, but Dr. Philpott is now the federal Minister of Health and, not surprisingly, was working.

Instead, she and Pep, a CBC Radio journalist, had to settle with exchanging notes.

The daughter of a Presbyterian minister and an elementary schoolteacher, Dr. Philpott, 55, was imbued with a strong sense of public service. Running for office last October and becoming the MP for Markham-Stouffville is her way of practising what she was taught by her parents, as were the nine years she worked in Africa.

Sadly, there is a paradox: Being taught to give back may have taken away their daughter. Had her young family been in Canada, Emily might have lived.

"I think that any time you have someone who dies prematurely, you go through a series of 'what ifs,'" Dr. Philpott said. "There are lots of things that could have been different. I have always recognized that public service comes with some measure of sacrifice."

Obviously, she said, it was a huge tragedy. "But it was nothing compared to the kinds of tragedy that I saw countless other women in Niger experience, and so you gain perspective as well … Public service is about using the opportunities we have to make life better for other people."

It was against this background of feeling a duty to serve that Dr. Philpott found her way to Parliament Hill: "In a certain way, I think perhaps I was heading towards it, and I've always had an interest in politics to a peripheral extent."

Although she said she loved her work as a family physician, she began to feel she was "bumping up against what I could accomplish" in that job. "I could treat [patients'] specific illnesses, but I couldn't help them get a job or help them get money at the end of the month."

Her "aha" moment came in November, 2010, when she made an offhand comment to former Liberal prime minister Paul Martin, who was helping with an initiative she had started for people affected by HIV/AIDS in Africa.

"Sometimes I wonder if I should just run for office," she said, musing she might have a better shot at trying to fix the health-care system. He encouraged her to jump in, saying that in government, she could "accomplish more in 10 minutes than in 10 years" of advocacy work.

On May 3, 2011 – the day after Stephen Harper's Conservative government won a majority – Dr. Philpott joined the Liberal Party. "That 2011 election was the final trigger to make me decide I had to get involved," she said.

Four years later, Dr. Philpott was elected and is now charged with, among other issues, the tricky task of negotiating a health accord with the provinces. In addition, she wants to improve mental health and health care for indigenous people.

For several years, Dr. Philpott wrote a blog; she discovered when she was studying for her master's degree in public health that she enjoyed writing, and putting down her thoughts was therapeutic. She has written on a variety of topics, from the lessons learned from her father – "My dad's tomato soup lunches taught me about gender equity" – to the extremely personal story about her daughter's death.

(Their eldest, Bethany, had also contracted meningococcemia in Africa but survived. She is now a medical student at McMaster University in Hamilton.)

Dr. Philpott said she was cognizant of trying not to sensationalize a tragedy but hoped that sharing her difficult story could help others. "Even now as a politician, there can be some advantages to exposing vulnerability," she said. "People like to realize that even politicians are real and there are moments of tragedy that shape us." 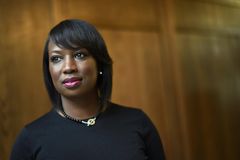 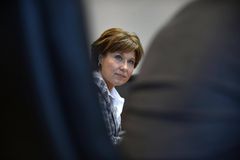 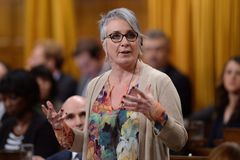