Former Quebec premier Jean Charest has confirmed that he spoke about the Energy East pipeline with the Prime Minister's Office earlier this year but is adamant there was no lobbying involved.

Speaking to reporters in Quebec City on Wednesday, Mr. Charest refused to say whether he offered to set up a meeting with officials from the company that wants to build the pipeline, TransCanada Corp.

However, he insisted he was no longer working as an adviser for the firm at the time of his conversation with PMO principal secretary Gerald Butts.

Mr. Charest added he did not need to register with the Office of the Commissioner of Lobbying to have the discussion, stating the purpose of his contact with Mr. Butts was a private matter.

Mr. Charest referred repeatedly to a statement last week from TransCanada that said he stopped working as a part-time communications adviser for the company last fall. The conversation with the PMO occurred earlier this year.

"TransCanada said the other day that I was not working for them and that I was not involved in lobbying," Mr. Charest said, after giving a presentation on the Trans-Pacific Partnership trade deal.

"There was no lobbying. I was not working for TransCanada; end of story."

He added he was prepared to answer any questions from the Office of the Commissioner of Lobbying, which is in charge of enforcing the Lobbying Act and the Lobbyists' Code of Conduct. According to the act, lobbyists need to publicly register before setting up a meeting when they are paid to perform the duty.

Lobbying Commissioner Karen Shepherd instigated a review after The Globe and Mail's first story on the matter last week.

"I take all allegations seriously," Ms. Shepherd said in a statement, adding she would not make any other comments on the matter. "The Lobbying Act requires me to conduct all reviews and investigations in private."

The PMO said it refused to accept Mr. Charest's offer of a meeting with TransCanada officials.

"Mr. Charest and Mr. Butts had a conversation about a number of things, and in the course of the conversation, Mr. Charest asked if Mr. Butts would be willing to take a meeting with TransCanada," PMO director of communications Kate Purchase said on Tuesday of last week.

"Mr. Butts was clear with Mr. Charest that there are rules and processes for these types of meetings and if they wanted to follow that process, he would be happy to discuss a meeting with TransCanada," Ms. Purchase said.

Before The Globe published its first story on the conversation, Mr. Charest's law firm, McCarthy Tétrault, and TransCanada both refused to explain in what capacity the former politician offered to arrange the meeting.

TransCanada partly broke its silence last Thursday, revealing that Mr. Charest had been acting as a "part-time" adviser for the firm up until late last year.

"Our agreement ended in the fall of 2015, so Mr. Charest has not worked for nor has been paid by TransCanada since October of last year," TransCanada spokesman Tim Duboyce said in an e-mail.

The rules and regulations governing lobbying in Canada are designed to bring transparency to the process, with the stated objective of "enhancing public confidence and trust in the integrity, objectivity and impartiality of government decision making."

Speaking at a federal-provincial conference in Vancouver last Thursday, Prime Minister Justin Trudeau said he has vowed to lead a government that "follows all of the rules."

"That is what we have done and will continue to do, and expect from everyone who engages with the government," Mr. Trudeau told reporters.

TransCanada has been waging a long campaign to sell its Energy East pipeline to a skeptical public, especially in Quebec, and to the environmental movement at large. If approved, the $15.7-billion pipeline would carry 1.1 million barrels a day of Alberta oil sands crude across Canada to refineries in Quebec and New Brunswick. 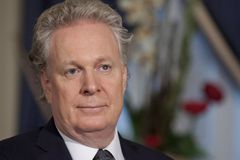 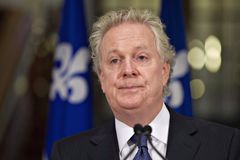 Opinion
The nudge-nudge, wink-wink era of federal lobbying is over
March 4, 2016