Jim Flaherty changed fiscal conservatism in Canada by delivering one of the largest deficits in modern history. When he quit as finance minister after eight years, he left the country on the road to balance.

That tough decision, taken during the Great Recession of 2008, symbolizes how Mr. Flaherty will be remembered – as a smart, fiscal conservative who proved to be a flexible finance minister during hard economic times.

Mr. Flaherty – remembered by friends and colleagues as a tough-talking politician with a heart, someone who never took himself too seriously – died of a heart attack Thursday. His death was a blow to Prime Minister Stephen Harper, who was a close friend and ally, as well as the entire Conservative Party. Mr. Flaherty's legacy, as a conservative on fiscal policy but also as a politician who believed government had a role in helping individuals, drew praise from across the spectrum – from Bank of England Governor Mark Carney to Toronto mayoral candidate Olivia Chow.

He worked most closely with Mr. Harper and, over eight years, helped shape the economic vision of the new Conservative Party, setting a long-term path toward a smaller federal government by cutting the goods and services tax in the government's early days. He later took a leadership role in crafting not only Canada's response to the economic crisis, but also the international conversation as a veteran voice in the G20.

While Mr. Flaherty's legacy around stimulus has been widely praised, other key decisions remain hotly debated. Many economists urged the government not to cut the GST, and the lost sales tax revenue likely meant the recession-era deficits were deeper than they would have been otherwise. Mr. Flaherty has been criticized for easing mortgage rules in early days as finance minister, but his later moves to gradually tighten lending in an effort to ease personal debt loads while avoiding a crash in the housing market have won high marks.

After House of Commons proceedings were suspended Thursday, Mr. Harper spoke to an emotional gathering of fellow Conservatives about the loss of the 64-year-old Mr. Flaherty.

"This comes as an unexpected and a terrible shock to Jim's family, to our caucus and to Laureen and me," Mr. Harper said, as his wife, Laureen, wiped tears from her eyes. "And it is with the heaviest of hearts that I offer my family's condolences and I know the condolences of the entire Parliament and the government of Canada."

Mr. Flaherty's family released a statement saying he passed away peacefully in Ottawa. He's survived by his wife Christine Elliott and sons John, Galen and Quinn. "We appreciate that he was so well supported in his public life by Canadians from coast to coast to coast and by his international colleagues," the statement said. Mr. Flaherty developed close personal connections with friends and rivals alike, as well as with the many former staffers and volunteers he mentored into senior positions.

His most difficult policy decision came in late 2008 when, with their minority government on the line, he and Mr. Harper decided they would change course and approve a massive stimulus budget that would lead to years of red ink. By the time the books are balanced next year, the government will have added $162-billion to the federal debt to cover the cost of keeping the economy afloat during a period of private-sector panic.

It is a legacy that would have been inconceivable when Mr. Flaherty became federal finance minister in 2006, but his decisions during the crisis have won praise from the International Monetary Fund and even strong marks from critics.

The G20 finance ministers and central bankers, currently meeting in Washington, issued a statement Thursday saying Mr. Flaherty's "hard work and leadership were instrumental in helping to shape the recovery and in charting Canada's path back to surplus. At all times, Jim retained his refreshing honesty and good humour."

"He rose to the task," said Liberal MP John McCallum, a former chief economist of the Royal Bank. "As a finance minister, he understood that jobs and the Canadian economy were at stake. And I think he worked with other leaders to help to save the global economy at that time."

In his final year at finance, eliminating the deficit had clearly become a very personal goal. He chose to battle a painful skin condition while remaining in the public eye. In January, 2013, Mr. Flaherty confirmed that he was undergoing treatment for bullous pemphigoid, and that the steroids he was taking were responsible for his recent weight gain and puffy face.

Mr. Flaherty's family had urged him over the Christmas holidays to step down from politics and the high-pressure finance portfolio. His wife, who is deputy leader of the Ontario Progressive Conservatives, had told reporters that her husband was planning to spend more time with their three sons and to find a job in the private sector.

Mr. Flaherty had recently joked that he still ran into angry investors at airports who are mad at him over his 2006 decision to break a campaign pledge by taxing income trusts – but stressed that it was the right economic decision. 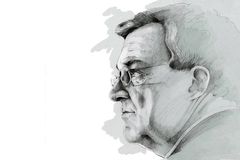 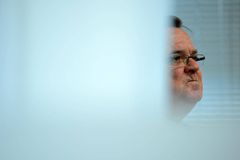 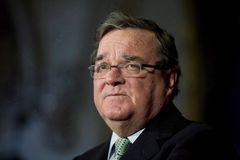 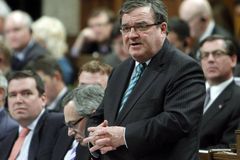 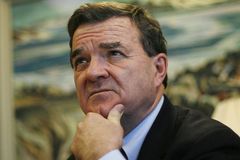 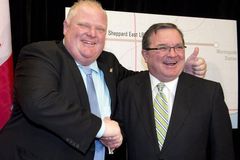 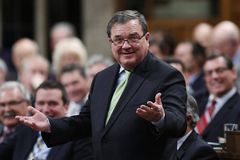 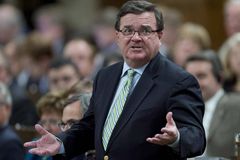 Eight leaders on Jim Flaherty's legacy as finance minister
April 10, 2014
Follow Bill Curry and Josh Wingrove on Twitter @curryb @josh_wingrove
Report an error Editorial code of conduct
Due to technical reasons, we have temporarily removed commenting from our articles. We hope to have this fixed soon. Thank you for your patience. If you are looking to give feedback on our new site, please send it along to feedback@globeandmail.com. If you want to write a letter to the editor, please forward to letters@globeandmail.com.
Comments