Justin Trudeau's decision to enter the Liberal leadership race is the best news the Liberal Party has had in years, and the worst.

Mr. Trudeau – who was widely expected to run, despite his reluctance to disrupt his family life – will announce his candidacy next week, the Globe's Bill Curry reports.

The Member for Papineau brings assets to the race so formidable that he instantly becomes an almost prohibitive favourite.

There is the storied name, of course. For better or for worse, family dynasties are often a fact of life in democracies. The name Trudeau is to Canada what the name Kennedy was to the United States. The parallel is far from exact, but it's close enough to matter. A lot.

Then there is the fact that Mr. Trudeau's roots are in Quebec. A fundamental reason for the collapse of the Liberal Party is its alienation from French Canada, traditionally an indispensable pillar of support.

If Mr. Trudeau goes on to win the leadership, Thomas Mulcair will have a formidable rival competing for the 50-plus seats that went NDP in the last election.

But his greatest asset is the instinct factor. Humans are genetically wired, when first meeting a stranger, to form an instant impression. This helped our ancestors to judge whether the new arrival was a potential ally or enemy, whether fight, flight or friendship were called for.

Justin Trudeau has the ability to make people like him instantly. It's more than the hair or the smile; it's an intangible ability to charm. You have it or you don't, and he has it like few people in this country. For a politician, there can be no more powerful asset.

But the young aspiring leader is also potentially a great danger to his party. He lacks, for one thing, any real experience leading a complex organization, and the Liberal Party is, if nothing else, complex.

Not just complex: atomized, disorganized, unpopular and broke. It would take a leader with the skill, patience and steadiness of a Stephen Harper to weld its disparate parts together and then lead it against a foe as intimidating as Stephen Harper.

Mr. Trudeau is closely associated with a set of values that were championed by his father. But do those values fit the times? Do we want a Big Canada, with a more powerful federal government, new national programs, stronger environmental and social protections? Or do we want a government, like the current government, that simply minds the store?

And if Justin Trudeau's Big Canada values do resonate, that leave us with the unanswered question of what specifically he wants to do with the country and how he would do it.

While the Trudeau name may evoke nostalgic affection in the East, it remains anathema in the West. Choosing Pierre Trudeau's son as leader may alienate the party from the Prairies and British Columbia for another generation. Do Liberals want to be that ostracized from the part of Canada that embraces the country's future, its potential?

Finally, having Justin Trudeau in the Liberal leadership race may doom that race. Other credible contenders may decide it's not worth the effort and expense to fight so prohibitive a favourite, leaving the young champion only fringe candidates to contend with.

This leadership race must provide the Liberal Party with a new purpose for being that Canadians can embrace. A coronation for Justin Trudeau could be its death knell.

In short, the Liberal Party is being offered a politician with little experience, organizational acumen or concrete ideas for where he would take a troubled party if its leadership were entrusted to him.

That an individual with such a slender C.V. could be considered so strong a contender speaks to the fragility of the organization he seeks to lead.

Except there is that ineffable quality that makes anyone who meets him, or even listens to him, want to like him. You can't bottle that, or teach it. You have it or you don't. Justin Trudeau has it in spades.

How far will it take him? 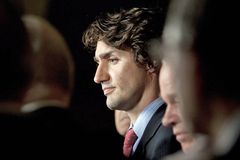 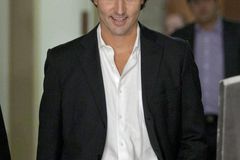 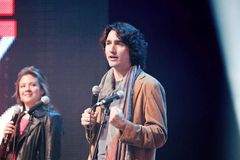 Report urges B.C. Liberals to put off name change until after next election
September 18, 2012 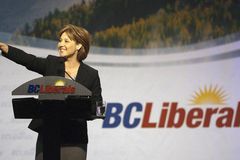 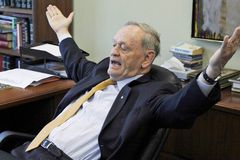