Ottawa is crafting legislation that risks running afoul of the Charter of Rights and Freedoms without informing Parliament, a federal lawyer charges.

In a highly unusual case, Department of Justice lawyer Edgar Schmidt is challenging his own department in Federal Court and revealing details about the internal guidelines used by federal lawyers. The department accuses Mr. Schmidt of violating his duties as a lawyer and public servant and has suspended him without pay.

Some of the centrepieces of the Conservative government's legislative agenda – including mandatory minimum sentences and reforms to Canada's immigration and refugee laws – are expected to run into Charter-related legal challenges, according to many legal experts.

Just this week a B.C. Supreme Court judge struck down sections of a law targeting human smugglers, which has been a priority issue for the Conservative government. The judge ruled that a section of the Immigration and Refugee Protection Act infringes on Charter rights because it is "unnecessarily broad."

Federal Court judge Simon Noël heard from the two sides in the Schmidt case Tuesday and criticized Ottawa's swift response to the lawyer, who considers himself a whistle-blower acting in the public interest.

"The day after the filing of this statement [by Mr. Schmidt], bang: 'You're suspended,' " said Justice Noël, pointing out to federal lawyer Alain Préfontaine that the government has taken away Mr. Schmidt's income and reputation. "It's unbelievable … Your client has done everything it can to kill this thing. The court doesn't like that … We see that in different countries and we don't like it … Canada is still a democracy."

Both sides agree that the Minister of Justice has a duty to report to the House of Commons if proposed legislation or regulations are inconsistent with the Charter. Where Mr. Schmidt and his superiors disagree is over how that requirement should be interpreted.

Mr. Schmidt argues that Parliament originally expected the test for this would be whether, on balance, a measure is likely not in compliance. However Mr. Schmidt says that since as far back as 1993, government lawyers have been directed to approve all measures as long as they can imagine an argument in favour of compliance that would have a 5 per cent chance of success. The government does not confirm this, arguing any internal instructions must be kept secret as solicitor client privilege and cabinet confidences.

Joanna Gualtieri, an advocate for public servant whistle-blowers who sat in on Tuesday's hearing, said while Mr. Schmidt doesn't highlight specific cases, his argument raises a wide range of political questions, such as whether the Conservative government's crime measures violate Charter rights.

"The implications of this case are huge," said Ms. Gualtieri, a former federal whistle-blower herself who spoke out about spending at Foreign Affairs. "I consider it to be one of the most profound whistle-blowing cases I've seen."

Until last month, Mr. Schmidt, 60, was working as general counsel and special adviser in the department's Legislative Services Branch. Part of his job involved writing briefing notes to Justice Minister Rob Nicholson and his deputy minister.

For the past 10 years, his responsibilities also included reviewing planned laws and regulations to determine whether they complied with the Bill of Rights and Charter of Rights and Freedoms, and in the case of regulations – which are passed by cabinet order rather than parliamentary vote – whether they are legal in the context of the existing law connected to the regulation.

The Bill of Rights was approved in 1960 and later expanded in 1982 with the Charter, which is designed to protect fundamental freedoms and a host of rights including democratic, legal, equality, language and aboriginal rights.

Mr. Schmidt's allegations have not been proven in court and the department has not yet filed a statement of defence.

Mr. Préfontaine, arguing on behalf of the department, urged the court to reject the case on the grounds that the courts shouldn't "meddle in employment affairs" and that the minister's reporting practices are an issue between the minister and Parliament. As for Mr. Schmidt's suspension, Mr. Préfontaine said an internal investigation is taking place that is expected to conclude later this month.

Mr. Schmidt countered that only a judge can determine whether the public interest outweighs the government's arguments about solicitor-client privilege.

"It's my position that solicitor-client privilege is never available to protect illegal instructions," Mr. Schmidt said in court.

Justice Noël ended the full-day hearing Tuesday by asking for further written information. He said it may be two months before he issues a response.

Carole Saindon, a spokesperson for the department, said in an e-mail that it is confident that its legal reporting obligations are being met. "As this matter is before the courts, it would be inappropriate to comment further," she said.

Editor's note: An earlier version stated that the Canadian Charter of Rights and Freedoms came into force in 1977, not 1982. 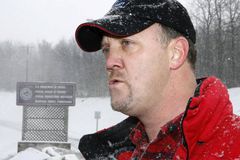