A series of essentially clerical errors was enough to warrant overturning election results in a federal riding, an Ontario court was told Monday, much to the skepticism of the judge.

In an unprecedented attempt to upend last May's vote in Etobicoke Centre, lawyers for the losing candidate argued the integrity of the electoral system depends on strict adherence to procedural rules.

"These are issues that affect everyone in this country," lawyer Gavin Tighe said. "It is a true national issue."

Among other things, Mr. Wrzesnewskyj maintains that sloppy application of voting rules by Elections Canada officials may have allowed some ineligible voters to cast ballots, and some may have actually voted twice.

"If people have no confidence in the process, it is pretty doubtful they will participate in it."

Mr. Wrzesnewskyj's challenge – unrelated to the robocall and voter-suppression scandal – is the first time a court is being asked to rule on a contested election under Part 20 of the Canada Elections Act.

The section allows a voter or candidate to seek to invalidate a riding vote if there were "irregularities, fraud, corrupt or illegal practices that affected the results."

Mr. Tighe made it clear he was not alleging fraud or corruption, but said the rules are there for a reason and must be enforced strictly.

Judge Lederer, who has set aside five days for the hearing, noted the public's interest in the proceedings but appeared skeptical of the claims, suggesting Mr. Wrzesnewskyj had put forward a somewhat extreme view.

Thousands of people are involved in running elections, the justice noted.

"It would appear inevitable that some sort of mistakes are going to be made," Judge Lederer said.

Allowing blind application of procedural rules to get in the way of legitimate voting could itself "create distrust," the justice said.

Many of Mr. Wrzesnewskyj's complaints revolve around forms incorrectly filled out by polling clerks, and improper vouching records for those who weren't registered or went to the wrong polling station.

At one point, he appeared to lose patience with Mr. Tighe's arguments, saying they could mean byelections would be needed in most every close finish given the inevitability of procedural mistakes.

"I can't believe that proposition will instil trust in the citizenry of this country," Judge Lederer said.

"That can't be what's intended here. It makes this act self-defeating."

"It would be absurd to think that Parliament intended to disenfranchise an elector who complied with all the requirements of the act to register to vote but for the election official (who) forgot to tick a box on a registration certificate."

He also argues that many votes Mr. Wrzesnewskyj raises as suspect were in fact legitimate.

The Section 20 provisions should only be used in serious cases of impropriety, Mr. Mayrand argues. 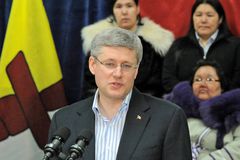 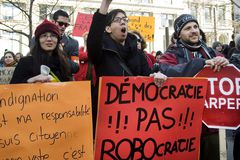 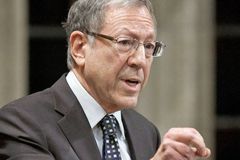