Another outsider is trying to enter the world of politics in a coming federal by-election, with a Juno-winning singer hoping to run for the NDP and upset the Liberals in one of their Montreal strongholds.

NDP sources said Stéphane Moraille – a lawyer who brought her soulful voice to the award-winning band Bran Van 3000 – will seek the party's nomination in the riding of Bourassa, which was one of the few Quebec seats that did not fall to the "Orange Wave" in the 2011 election.

Ms. Moraille will be one of up to five candidates running for the NDP nod in the riding, and the latest personality to consider a foray into politics to fill recent vacancies in the House. Well-known journalists Chrystia Freeland, Linda McQuaig and Jennifer Hollett (who is also a former MuchMusic VJ) are seeking a nomination to run in Toronto Centre. In Bourassa, former hockey enforcer Georges Laraque will run for the Green Party.

The NDP is gambling that its candidate in Bourassa – whether Ms. Moraille or someone else – will benefit from the controversy that has engulfed the most likely Liberal candidate, Emmanuel Dubourg. A former Liberal MNA, Mr. Dubourg earned a $100,000 "transition allowance" to quit his provincial seat and run at the federal level.

There is a backlash in the province over politicians – including mayors facing criminal charges – who receive allowances after they voluntarily quit their positions between elections. NDP MP Alexandre Boulerice said the controversy raises questions about the value of Mr. Dubourg's commitment, given he had won his seat in Quebec less than a year ago.

"He is legally entitled to the payment, but what is the value of his commitment to voters? How can they give him their trust?" Mr. Boulerice said in an interview.

Quebec Liberal Leader Philippe Couillard expressed concerns last week about the allowance to Mr. Dubourg, telling reporters that he will have to "re-evaluate" his position if Mr. Dubourg wins the Liberal nomination and the ensuing by-election.

Mr. Dubourg and Ms. Moraille could not be reached for comment.

Bourassa is the heartland of Quebec's Haitian community, and it is attracting much interest from candidates of Haitian origin, including Ms. Moraille, Mr. Dubourg and Mr. Laraque. Larry Rousseau, a union official who is also bidding for the NDP nomination, is also of Haitian origin.

The Conservatives are not considered to be in the running in the riding, but they have used the looming ballot to take a run at the Bloc Québécois and its leader, who still does not have a seat in the House.

In a statement, Infrastructure Minister Denis Lebel, who is also the Quebec lieutenant in the federal Conservative government, tried to goad Bloc Leader Daniel Paillé to run in the by-election. Mr. Paillé has already ruled out running in Bourassa, a seat that his party has won only once, in the 1993 election.

Mr. Lebel said the Bloc – which has only five seats in Quebec – is showing its uselessness by continuing to operate without a leader in Parliament.

"After about 20 months as the leader of his party, [Mr. Paillé] has the opportunity to ask for a mandate to the constituents of Bourassa," Mr. Lebel said. "The Bloc is already a back-seat driver. Currently, Mr. Paillé is not even in the passenger seat."

The riding of Bourassa has been left vacant by Denis Coderre, who was first elected in the riding in 1997 and decided to try to become the mayor of Montreal this year. The by-election will be the first direct showdown between Liberal Leader Justin Trudeau and NDP Leader Thomas Mulcair, two rookie party leaders who want to prove their ability to win in their home province. 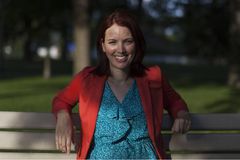 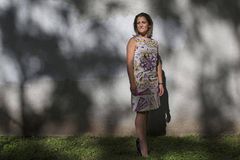 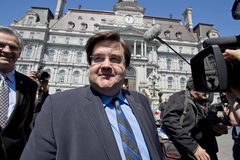