Employment Minister Jason Kenney gave a spirited defence of the temporary foreign worker program Wednesday during an impromptu speech to a business audience.

Most temporary foreign workers are in highly skilled, well-paying jobs from Canada's best allies and the world's most developed countries, and not low-paid workers from poor countries, Kenney said.

The minister sparked a political uproar last month after he issued a surprise moratorium on foreign workers in the restaurant industry, a debate he called a "wrestling match."

He called the program's name a "terrible misnomer."

"It has now become a pejorative expression that effectively refers to any work permit granted to any foreign national coming to Canada for any reason," Kenney told a conference on North American trade in Ottawa.

He stepped in as keynote speaker on short notice after a U.S. official failed to show.

"When a major Canadian corporation hires someone from abroad into their executive team and they come initially on a work permit, they're a temporary foreign worker," he said.

"When the University of Ottawa brings in an expert researcher from France to work on a specialized research project, they're a temporary foreign worker."

Kenney rhymed off the top five countries supplying foreign workers to Canada, starting with the United States, followed by Britain, France, Mexico and Australia. Ireland and Germany, he added, are in the Top 10.

"In the public imagination, temporary foreign workers are people from developing countries working at low-skill jobs in the service industry, and perhaps on farms," he said.

"The plurality of occupations into which they come are high-skilled and high-paying occupations."

Kenney acknowledged a scathing report by the C.D. Howe Institute, which found the program had spurred joblessness in B.C. and Alberta, two Conservative strongholds. And he said the use of temporary foreign workers has become an unacceptable business model in some low-paying industries.

"I do not think this is generally the case of highly skilled and highly paid international professionals whose movement we clearly have an interest in facilitating," Kenney said.

"But we are taking a close look at the extent to which we've allowed large numbers of low-skilled workers to become, in some cases, a business model."

The Conservatives again came under fire Wednesday in the House of Commons over the issue.

Liberal Leader Justin Trudeau called on the government to fix the "broken" program. He called for greater transparency and said his party would reduce the number of temporary foreign workers.

"The reality is this: the government has been progressively tightening the program to ensure that it is not used as a business model and that Canadians always have first crack at jobs," said Prime Minister Stephen Harper.

"We will continue to do that while obviously ensuring that temporary foreign workers are available in those cases where they are genuinely needed."

During his speech, Kenney also touted several measures under the Beyond the Border initiative with United States, which aims to speed the flow of people, goods and services across the busy 49th parallel, while protecting against possible terrorist attacks. His audience was keen to hear about the government's plans to increase labour mobility.

Kenney said the electronic travel authorization program would be in place by the fall of 2015.

The electronic system would verify information from people applying to come to Canada from abroad against American databases and conduct an instant risk assessment, said Kenney. 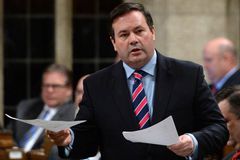 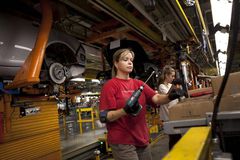 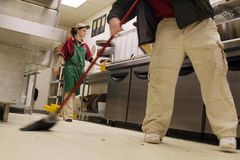 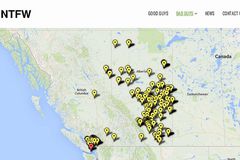 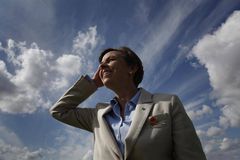