Conservative cabinet minister Peter Kent has reversed course and fallen back into line behind Stephen Harper after criticizing his own party for recruiting a candidate with apparent Tamil Tiger sympathies.

"I regret any embarrassment that my remarks may have caused the Prime Minister," Mr. Kent said in a statement sent to The Globe and Mail after Mr. Harper defended the candidate, Gavan Paranchothy, during a weekend campaign stop in Mississauga, Ont.

In a Globe and Mail interview last Thursday, Mr. Kent was blunt in decrying as "outrageous" a television program that Mr. Paranchothy played host to last November, which honoured Tamil Tiger "heroes" and "freedom fighters" killed in the militant group's separatist war in Sri Lanka. The Conservatives listed the Tigers, who relied on a large Canadian support base for funding, as a terrorist group in 2006.

"It was a tribute and it's unacceptable even if he didn't write it, even if he didn't believe it," Mr. Kent said in the initial Globe interview, adding that his party "obviously dropped the ball" when it cleared Mr. Paranchothy to run in Toronto's Scarborough-Southwest riding.

Mr. Kent, who spent decades as a high-profile television journalist, revised his opinion Saturday after Mr. Harper said Mr. Paranchothy's "position is real clear, and for a long time he's been rejecting the Tamil Tigers," as the Conservatives have done.

"At the time I spoke with The Globe and Mail I was not aware that Mr. Paranchothy had given firm and unequivocal assurances that he is not a supporter of the [Tigers]" Mr. Kent said in the statement. "Further that he condemns terrorism and those in Canadian society who support remnants of the banned Tamil Tiger terrorist group."

Mr. Paranchothy, who shortened his first name to Gavan from Ragavan just for the election and removed all mention of his Tamil background from his campaign materials, has yet to explain his position on the Tamil Tigers in any detail.

On April 14, after The Globe first reported his hosting of the "Heroes Day" program, his spokesman role at a Tamil protest and his direct contact with the Tigers' leader in 2009, Mr. Paranchothy issued a statement to say "insinuations that I am a supporter of the Liberation Tigers of Tamil Eelam … [are]not true, and that I absolutely condemn terrorists and terrorism."

The candidate cited his role as a journalist to explain his past contact with unnamed controversial interview subjects.

"When Robert Fisk interviewed Osama bin Laden, or when Christopher Hitchens interviewed Abu Nidal, nobody accused them of being terrorists themselves," he said.

In a previous Globe interview, however, Mr. Paranchothy admitted that his journalism regarding the Tigers - notorious for their use of suicide bombers, child soldiers and political assassinations - was not critical, because the stations where he worked catered to an audience largely sympathetic to Tamil separatism.

Mr. Paranchothy has also struggled to clarify reports that he was on the telephone to Malaysia with the Tigers' top leader at the moment the man was arrested and taken into Sri Lankan custody in August of 2009, three months after the Tigers' 26-year insurgency ended in defeat.

The Tiger leader, known as KP, told a respected Toronto-based Tamil journalist last year that he was talking to Mr. Paranchothy on his cellphone when he was seized in a Kuala Lumpur hotel corridor.

The journalist, David Jeyaraj, had previously reported that whomever was on the phone with KP was a "trusted confidant" who had heard a sudden thud and some commotion over the line. The phone went dead, and when repeated calls were not successful, "the friend then alerted some assistants of KP in Malaysia who went in search of KP to the place where he was staying …"

Asked to explain, Mr. Paranchothy told The Globe in early March that he was "as amazed as anyone else" when KP named him as the person he was talking to when he was arrested. 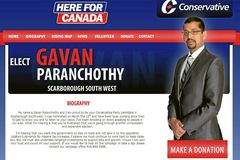 Clarity on the alternative to the Conservatives
April 24, 2011
B.C. pastor prays for 'wall of protection' for Harper
April 24, 2011 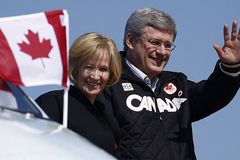 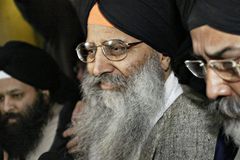 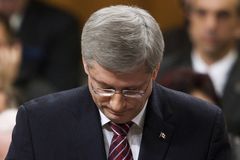 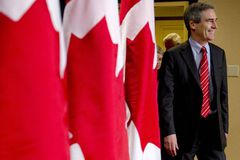