Canadian demands for an early answer – even if it's a "no" – on the Keystone XL pipeline won't hurry the Obama administration into short-circuiting its deliberations on whether the project serves U.S. national interests, State Secretary John Kerry said.

Canada will get an answer, Mr. Kerry said Friday, after Canadian Foreign Minister John Baird had publicly proclaimed that "decision time" for President Barack Obama on the long-delayed pipeline had arrived.

"I always answer my Canadian friends," said Mr. Kerry, who has a track record of taking the risks of climate change caused by greenhouse gas emissions from burning fossil fuels more seriously than his predecessors did.

But, Mr. Kerry added: The American public has raised lots of questions and concerns about the controversial TransCanada project to funnel upward of one million barrels of Alberta heavy oil sands crude to refineries near ports along Gulf of Mexico. "We are all accountable to our publics," he said, adding Mr. Baird, who was standing next to him at a news conference, understands that.

Mr. Baird didn't seem mollified. He has spent the last three days telling anyone in Washington who would listen – at the White House, on Capitol Hill and then publicly in a blunt speech to the U.S. Chamber of Commerce – that "decision time" had arrived for Keystone XL.

Even a "no" would be better than more delay, Mr. Baird said, reflecting mounting frustration in the Tory cabinet with White House dithering over a long-sought outlet to world market prices for Alberta's landlocked, and discounted, heavy-crude reserves.

"The time for a decision on Keystone is now, even if it's not the right one," Mr. Baird said. "We can't continue in this state of limbo."

That statement marked a clear shift in Canadian policy. Barely 100 days ago, Prime Minister Stephen Harper vowed not to take "no for an answer" on the project.

Mr. Kerry isn't about to be pushed into any new deadlines; especially not with midterm elections looming this November and key Democrat constituencies divided over Keystone XL. Mr. Obama has already delayed a decision – punted, according to Mr. Harper – to allow for a measured assessment of U.S. national interests, according to the President's backers.

Mr. Kerry gave Mr. Baird nothing beyond soothing words and a vague indication that he hoped the final environmental impact statement will soon be made public.

"I can promise our friends in Canada that all of the appropriate effort is being put into trying to get this done effectively and rapidly and my hope is that before long [the Environmental Impact Statement] will be available," Mr. Kerry said, adding: "Then my work begins." And, after that, Mr. Obama will make the final call – or perhaps just delay again.

Keystone XL's opponents fear it will spur massive development of Alberta's carbon-laden heavy crude by creating a route to world markets and prices, thus providing the funding to exploit the huge reserves. Environmentalists have turned the Keystone XL decision into a litmus test of Mr. Obama's credibility on his vague vows to curb greenhouse gas emissions in the fight against climate change.

The President has said he won't approve Keystone XL unless it won't add to overall greenhouse emissions – but he has been careful not to define what that means – and is in the U.S. national interest.

Mr. Baird says Keystone clears those hurdles and is vitally important to Canada.

Even a ‘no’ on Keystone pipeline is better than silence: Baird
January 16, 2014 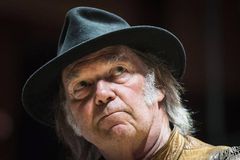 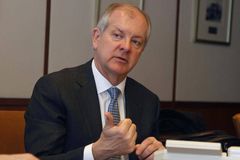