An ex-U.S. Navy Seal says terrorists could easily poison the drinking water of "millions and millions" of Americans by blowing up the Keystone XL pipeline and causing an "Exxon Valdez-sized spill in the heartland of America."

"I wasn't on the helicopters," Mr. Cooper said of his involvement in the bin Laden attack, adding he helped train the attack team and watched them leave and return. However, he told media gathered for his briefing on the Keystone XL threat assessment that it "wouldn't take a Navy Seal with my experience" to carry out a devastating attack on the pipeline with a few kilograms of explosives and technology commonly used by insurgents in roadside bombs.

"Even a cave man could do it," he said, borrowing a phrase from a current television ad for car insurance.

He called Keystone XL a "soft target" especially attractive to terrorists because "it has arguably the highest profile of any energy infrastructure that has yet to be built."

Significant portions of Mr. Cooper's 14-page report – based on publicly available information and a visit to a pumping station near Scranton, Neb., that served as a model for Keystone XL's alleged vulnerabilities – were redacted because, the ex-Seal said, he didn't want to provide a "play book for terrorists."

TransCanada spokesman Shawn Howard dismissed the Steyer-sponsored terrorist threat assessment as unfair and misleading "If he were truly concerned about the safety of Americans then a broader assessment of all critical infrastructure would have been more appropriate," said Mr. Howard, adding: "Mr. Steyer would rather invest in a war against Keystone XL and forcing Americans to continue relying on oil from the Middle East and other hostile regions, instead of safe, reliable crude oil from a friendly neighbour in Canada."

NextGen Climate, the organization founded and funded by Mr. Steyer, delivered an unredacted copy of the report to State Department officials leading the review of TransCanada Corp.'s $5.5-billion project that would ship 830,000 barrels of Alberta crude across the United States to refineries in Texas and Louisiana. Mr. Cooper also briefed members of Congress about his security concerns earlier this week.

He said all pipelines – not just Keystone XL – were vulnerable, noting that there were more than 500 attacks on pipelines, most of them in Iraq, occurred in nearly a dozen countries last year. What would make Keystone XL such an attractive target was its notoriety. "Everybody knows about it," he said.

"A catastrophic attack would be easy to execute," Mr. Cooper said in his report. He estimated that a few kilograms of explosives placed at three separate locations chosen to maximize damage and spillage could drain 25 kilometres of pipeline and spill more eight million gallons of diluted bitumen. In 1989, the Exxon Valdez disaster in Alaska's Prince William Sound spilled 11 million gallons of oil.

Keystone XL was extremely vulnerable, he said. "A co-ordinated attack at several critical points would not only wreak havoc, …. it would likely overwhelm the existing engineering capability needed to clean it up."

Building Keystone XL means Americans are "being asked to take on serious risks without even knowing what they are," he said.

Mr. Cooper said the threat assessment of Keystone XL was his first-ever completed as a commercial contract. He said he was contacted by Mr. Steyer's group earlier this spring. He did not contact TransCanada. NextGen declined to say how much it paid the former Seal. Mr. Cooper said he was the veteran of many operations in Afghanistan and Iraq and has the expertise to assess infrastructure vulnerabilities and thus understand the way terrorists might plan attacks. "I've risked my life for my country and my teammates," he said.

"Don't put the pipeline in the ground until we address the vulnerability," he said. Prior to being hired by NextGen, Mr. Cooper said he "didn't have an opinion either way" as to whether the pipeline should be built.

President Barack Obama has repeatedly delayed deciding whether to give the project the goahead despite years of increasingly insistent lobbying by the Canadian government. With the project blocked by a court case in Nebraska and mid-term elections looming in November, no decision on Keystone XL is now expected until early next year. 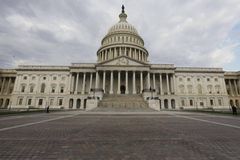 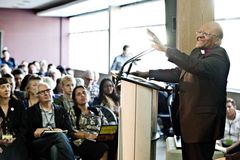 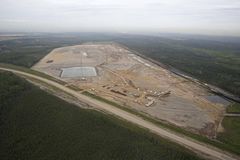