Language schools across Canada are complaining that new visa requirements are hurting their efforts to attract foreign students, even as Prime Minister Justin Trudeau is in China trying to promote the country's universities and colleges.

Immigration, Refugees and Citizenship Canada changed its rules in mid-July to require two study permits – instead of one – for students who come to study a second language (English or French) and then attend another learning institution.

The move has hurt Canada in the lucrative market for foreign students, said Kerrianne MacKenzie of the International Centre for English Academic Preparation. Based in Cape Breton, N.S., the ICEAP caters largely to Chinese students.

"The blanket installation of this policy will be potentially devastating to what is an incredibly dynamic economic sector for Canada," Ms. MacKenzie said in an interview.

She added that Canada is in a worldwide competition with countries like Britain and the United States, and that any new fee or bureaucratic hurdle has a deterrent effect on foreign students.

"In the past process with one visa, one entry, one study permit, students could flow seamlessly from pathway partners [language schools] to universities and colleges. It was efficient and responsive," Ms. MacKenzie said. "Any disruption to that is something that we see as very detrimental to our sector."

Immigration Minister John McCallum is aware of the concerns of the language schools, but has no plans to force his department to review the rule that aims to ensure that visas are not used by non-students to remain in Canada.

"It's important that all visitors, including students, come to Canada for the purpose stated on their application," said a spokesperson for Mr. McCallum.

Mr. Trudeau is currently on an eight-day visit to China, in which Canadian officials are hoping to leverage his personal popularity to attract Chinese visitors to Canada, including more students. As part of the visit, the Canadian government has announced that it will open seven additional visa application centres in China.

The Liberal government has launched consultations on dozens of public-policy issues since it came to power last November, but language schools said they were taken by surprise by the new requirements.

"It just came out of the blue," said Gonzalo Peralta of Languages Canada, a group that represents language schools that serve more than 100,000 foreign students every year.

Mr. Peralta said that about 30 per cent of students who come to Canada to study English or French then move on to a postsecondary institution, bringing important economic benefits.

Mr. Peralta said the government failed to consult the various players in Canada's education sector on the change, despite its potentially far-reaching impact.

"Why were students and institutions and the education sector not consulted?" Mr. Peralta said. "Language is a cornerstone of our national identity."

There are concerns among students already in Canada, or those planning to come to the country, as to how they will be affected by the new requirements and whether any delays in obtaining the second permit could make them miss a semester of school.

Mr. Peralta said that, overall, Canada is losing ground to other countries in the race to attract foreign students

"There are so many unanswered questions," he said. "We're hoping the whole decision will be reversed."

Immigration, Refugees and Citizenship Canada said that anyone who arrived in Canada before July 13 will be able to stay in the country to pursue their studies with a single study permit.

IRCC spokeswoman Lindsay Wemp added that the single-permit system was open to abuse and could be used by non-students to stay in the country. 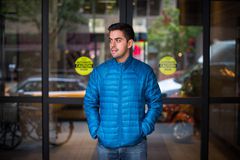 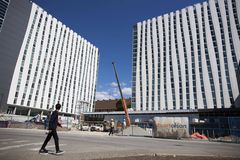 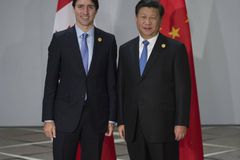 Follow Daniel Leblanc and Michelle Zilio on Twitter @danlebla @michellezilio
Report an error Editorial code of conduct
Due to technical reasons, we have temporarily removed commenting from our articles. We hope to have this fixed soon. Thank you for your patience. If you are looking to give feedback on our new site, please send it along to feedback@globeandmail.com. If you want to write a letter to the editor, please forward to letters@globeandmail.com.
Comments