Dozens of tourism projects across the country were delayed and got stuck with hefty bills because a key federal program was slow getting cash to them.

The so-called Marquee Tourism Events Program, a $100-million fund set up in 2009 as part of the Harper government's recession-fighting strategy, doled out money too late for about half the projects it funded.

"Late confirmations of funding inhibited the ability of some events to secure more competitive prices for advertising and media purchases," says an internal report.

"In many cases, performers were no longer available or affordable and deadlines for securing ads in publications or media purchases were missed."

The evaluation, by the consultant firm Performance Management Network, assessed how well Industry Canada set up and ran the program after it was announced in the Jan. 27, 2009, budget.

It's among the first to emerge assessing how effectively tax dollars were spent under the Harper government's so-called Economic Action Plan, a two-year infusion of funds that ended March 31.

A copy of the document, completed June 30 this year, was obtained by The Canadian Press under the Access to Information Act.

The Marquee program was designed to prop up community-based tourism struggling in the throes of a worldwide meltdown.

Events funded ranged from Whoop-up Days in Lethbridge, Alta., and Canada's Largest Ribfest in Burlington, Ont., to the Calgary Stampede and Just for Laughs festival in Montreal.

The two-year fund actually spent an estimated $88-million, after $8-million was diverted to the Canadian Tourism Commission and the rest went to administration.

The evaluation found that 46 of the 107 approved recipients got the money only after the scheduled start of the proposed event or project.

"This negatively impacted the recipients' ability to plan and implement activities as intended," says the report.

"Tight timelines prevented recipients from implementing some activities as planned."

The Marquee fund drew fire when Diane Ablonczy, then the junior tourism minister, announced in June, 2009, she had approved $397,500 for Toronto's Pride Week, to improve access for the disabled, among other gay and lesbian-focused projects.

Ms. Ablonczy's authority to green-light further Marquee projects was soon yanked and handed to then-industry minister Tony Clement, after complaints from Tory MPs and a religious leader who said public money should not support "destructive sex parades," such as the Toronto Pride event.

The Harper government insisted the move had nothing to do with the 10-day gay-and-lesbian Pride festival, suggesting instead that Ms. Ablonczy's office couldn't keep up with the administrative burden.

Mr. Clement denied money to Pride Week in the second year of the Marquee program, even though internal documents show Industry Canada bureaucrats had declared the festival a good candidate for funding.

The June 30 evaluation report is silent on the Pride Week controversy, but does note the Marquee program was put together over just a few weeks and officially launched on April 6, 2009, about 10 weeks after the budget announcement.

The application deadline was set for May 8, attracting a mountain of paper from 165 community groups, suggesting there may indeed have been a paperwork overload in Ms. Ablonczy's office.

"Recipients did not receive notification and confirmation of funding with sufficient time to plan and implement all of their activities as intended," says the document.

"As a result, the potential impact of the program was likely limited in the first year."

But the evaluation also notes that under Mr. Clement's watch in year two, delays persisted. About a quarter of the 47 approved recipients in the final year got the money only after their events were to have begun.

The consultant was not able to say whether Canadians got good value for their $100-million because basic data were either not collected or were done so haphazardly.

A spokesperson for Industry Canada was not immediately available for comment.

Why did a stolen goat lead to a border ban?
April 29, 2018
Edmonton's failed Expo bid shines light on Ottawa's energy struggles
May 3, 2018 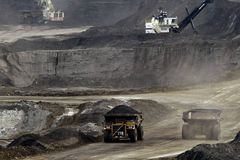 Is Maxime Bernier a tourist attraction?
May 3, 2018 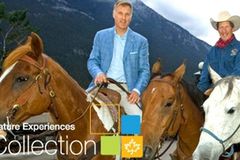 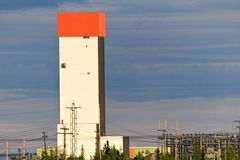 Energized by oil's resurgence, Calgary gets ready to cash in
May 3, 2018 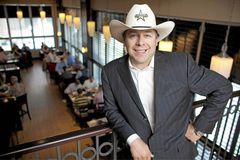