When it emerged that Conservative leadership candidate Kellie Leitch had been surveying potential supporters to see if they want immigrants to be screened for "anti-Canadian values," reporters couldn't get her to comment. Then a day later, on Friday afternoon, Dr. Leitch issued a statement to say it was an idea she believed in strongly.

It took 24 hours after the story broke for Dr. Leitch to decide that this is, in fact, a core principle.

Presumably, that's because Dr. Leitch didn't yet have the results of her survey, which would tell her if screening immigrants for anti-Canadian values strikes a chord. This is a leadership candidate who holds firm, unshakeable principles in this area, but she was just asking potential supporters what they are.

Under pressure to explain the survey, Dr. Leitch went with it. On Sunday, Conservative interim leader Rona Ambrose distanced the party from the idea. One opponent, Conservative MP Michael Chong, called it "dog-whistle politics," the kind of messaging meant to prick up the ears of those who fear immigrants will become the enemy within.

It's no secret there's a political market for those sentiments. In the United States, Donald Trump has found support by ginning up resentment, calling for "extreme vetting" for immigrants, notably Muslims. It's just not clear how big the market is here in Canada.

Dr. Leitch's statement was no Trump bombast: she said her criteria for anti-Canadian values would be things such as violent or misogynistic behaviour, or intolerance to other religions, or "lack of acceptance of our Canadian tradition of personal and economic freedoms." Canada needs a tough debate, she said, that goes beyond sound bites.

But Dr. Leitch is a politician with a history of doing her dog-whistling in sound bites. Now, she's been test-marketing vague terms such as anti-Canadian values. And there's a chilling note of political calculation in the way she reaches for the hot button.

Ms. Ambrose called Dr. Leitch's proposal "badly worded," noting there are already criminal checks for immigrants and adding she doesn't know what Dr. Leitch's values vetting "would look like." Ms. Ambrose is right – it is very hard to guess what it would look like in practice and the real point for Dr. Leitch seems to be just making an issue of screening immigrants "values." She is a long-shot leadership candidate looking for a way into the top tier and she seems to think it's a political winner.

It's still a surprising foray back into identity politics, because Dr. Leitch once expressed remorse for the way it worked out last time.

She's probably best known for being one of two Conservative ministers to announce, 2 1/2 weeks from election day last October, plans to create a "barbaric cultural practices tipline." It was a startling mix and match: Dr. Leitch and the Tories raised the atrocities of the so-called Islamic State, spoke of female genital mutilation carried out in Africa and the Middle East and promised a telephone tipline for Canadians to report suspicious activity.

After the niqab controversy, the Conservatives were cranking up the identity politics, but it was a political bust – it turned off more potential supporters than it fired up. Or, at least, that's what many Conservative MPs and insiders thought.

Six months later, when Dr. Leitch started to launch her leadership campaign, she tried to put it behind her. She became teary in a CBC-TV interview. If she could go back in time and change things, she said, she would not do it again – but she can't. She insisted that what she was trying to do in making the announcement was "to make sure that Canadian kids, Canadian women and children knew that if they had the courage to pick up the phone and to call, someone would answer."

Of course. Won't somebody think of the children? Sadly, Dr. Leitch said, that message was lost. Who could possibly imagine that women and girls might not hear the message that they have a sensitive ear to turn to when a campaigning political party promises to set up a 1-800 number and calls it the barbaric cultural practices tipline? Somehow, women and girls didn't see that announcement as being all about them. It was a political-marketing tactic. But too many folks heard the whistle.

Now, Dr. Leitch is testing the message again. She told the Saskatoon Star-Phoenix last week that the tipline was a good idea that was badly communicated. She's decided to campaign on the idea that screening immigrants for alien values is a national priority. Or at least that it's a message that might have a market.

Conservative leader Ambrose says she’s against proposal to screen for ‘anti-Canadian values’
May 17, 2018 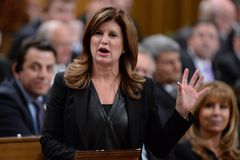 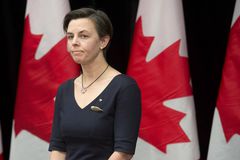 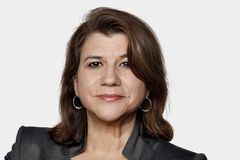