Prime Minister Justin Trudeau promised that the 2015 federal election would be the last fought under the first-past-the-post system, but, a year into his majority government, he is suggesting that electoral reform is no longer the urgent issue it was when the Conservatives under Stephen Harper were in power.

In an interview with Quebec's Le Devoir newspaper that was published on Wednesday, the anniversary of his victory, the Liberal Prime Minister said the thirst for changing the way governments are elected is not as strong as it once was.

"Under Mr. Harper, there were so many people who were unhappy with the government and his approach that people said, 'We need electoral reform in order to stop having governments we don't like,' " Mr. Trudeau told the newspaper in French. "However, under the current system, they now have a government with which they are more satisfied. And the thirst to change the electoral system is less striking."

Globe editorial: What's a popular prime minister to do about electoral reform?

When taken to task on Wednesday by NDP Leader Tom Mulcair for softening his commitment to electoral reform, Mr. Trudeau did not promise to carry through with changes to the voting system.

The first-past-the-post system, in which the person with the most votes in each constituency wins a seat in Parliament, saw the Liberals take a strong majority of 184 of 338 seats in the House of Commons last year with just 39.5 per cent of the popular vote. In 2011, the Conservatives won a majority with a similar share.

Recent polls suggest that the Liberals would do at least as well – and possibly better – if an election was held under first-past-the-post system today. A Forum Research Inc. survey released this week suggests that Mr. Trudeau's party could win 240 seats under the existing system.

It has been a long-time complaint of those who advocate reform that sitting governments of every stripe are reluctant to make changes to a system that brought them success.

In his interview with Le Devoir, Mr. Trudeau said: "If we are going to change the electoral system, people have to be open to it" and that "a bigger change would need greater support."

His words come as the government ends months of riding-by-riding consultations with Canadians about the changes they would like to see made to the way federal elections are constructed. A Commons committee is now tasked with the job of sorting through the findings and making recommendations about what type of system would best suit this country.

Mr. Mulcair's New Democrats have been urging a move to proportional representation, which would ensure that parties get the number of seats in the House that roughly corresponds to their share of the popular vote.

He said his party is concerned that the Prime Minister's talk about the diminished desire for electoral reform may suggest the process is in jeopardy.

"Mr. Trudeau used to always lament that the biggest problem in Canadian politics was cynicism," Mr. Mulcair told reporters after his party's weekly caucus meeting. "What could possibly be more cynical than to say that the system is rotten because it allowed Stephen Harper to have a majority with only 39 per cent of the vote, but the system is fine if it gets Justin Trudeau a crushing majority with 39 per cent of the vote?"

Interim Conservative Leader Rona Ambrose, whose response to electoral reform has been to demand that a referendum be held before any changes are made, said the Prime Minister has made a significant change in his point of view.

"Mr. Trudeau is on the wrong side of this issue," Ms. Ambrose said. "So maybe he is backing down." 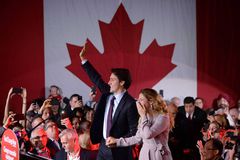 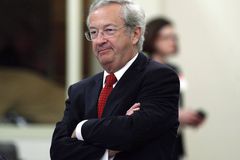