The co-chair of the Liberal election campaign started working for TransCanada Corp. last spring, providing advice to the firm on its controversial Energy East pipeline project at the same time as he was trying to help Justin Trudeau win the next election.

Dan Gagnier was forced to resign following revelations he had recently advised TransCanada on the best way to lobby the next government, which could well be Liberal. Mr. Trudeau slammed his former top adviser's role with TransCanada on Thursday, acknowledging it created the perception he was selling knowledge acquired on the Liberal campaign trail.

"[Mr. Gagnier] acted in an inappropriate way a few days ago, and when we found out about it, we sat down with him. He chose to do the responsible thing and step down from our campaign," Mr. Trudeau said at a news conference. "It's a way of demonstrating the fact that we take ethical standards and responsibilities extremely seriously."

Up until last week, Mr. Gagnier was one of the top five advisers to Mr. Trudeau, spending time on the Liberal Leader's tour bus and helping with debate preparation.

A veteran of politics with high-level experience in the private sector, he stood out among the senior Liberals who advise Mr. Trudeau on a daily basis. Mr. Gagnier is in his late 60s and his time in Ottawa goes back to the 1970s, while Mr. Trudeau other close advisers are in their 30s and 40s, many with young children at home and few ties to past Liberal governments in Ottawa. As the Liberal Leader since 2013, Mr. Trudeau has benefited from the fact a majority of his team had no ties to the Liberal scandals of the past, or the Martin/Chrétien internal wars.

One of the main qualities that Mr. Gagnier brought to the team, according to his former colleagues, was the calming influence of someone who had seen it all and was able to pass along bits of wisdom.

TransCanada said it hired Mr. Gagnier last spring primarily to guide the firm "on how best to communicate the benefits of the [Energy East] project to Canadians." His downfall started on Monday, when he sent a note to officials at the firm about the potential scenarios after the Oct. 19 election, including ways to lobby federal officials on its development and pipeline projects.

His involvement became public on Wednesday, when his email to the firm was leaked to the media. The news quickly fed a series of attacks from the NDP and the Conservative Party, which argued that the Liberals had not fundamentally changed under Mr. Trudeau's leadership.

The Liberal Party initially defended Mr. Gagnier, stating he did not break any rules. On Wednesday evening, however, he announced he was stepping down to avoid becoming a distraction. By Thursday morning, Mr. Trudeau was highly critical of Mr. Gagnier's actions, stating a message had to be sent out about the high ethical bar in his team.

Mr. Trudeau insisted that Mr. Gagnier, given his ties to the oil industry, never advised the Liberal Party on its environmental or energy policies.

"Mr. Gagnier has stepped down and stepped away from my team and from our campaign for the long-term future," he said.

The controversy was the biggest blow of the campaign for the Liberals, especially as it came just as Mr. Trudeau launched a one-day tour with five stops in the Montreal area. TransCanada's Energy East project has created much controversy in the province, becoming a lightning rod for opposition to pipelines in the environmental movement.

The Liberal team seemed stunned by Mr. Gagnier's actions and his inability to draw the line between his business and political activities. The Liberals were lucky that news of Mr. Gagnier's departure hit just as the Blue Jays were winning their first playoffs series in more than 20 years. The hope at this point is that the controversy will be contained by Mr. Trudeau's reaction.

"When you have to eat a shit sandwich, you eat it quickly," one tour official said.

Mr. Gagnier was an adviser on aboriginal issues to the Quebec government. Several First Nations leaders in Quebec have come out strongly in opposition to Energy East, complaining they are not being properly consulted by the government and the National Energy Board.

Over the years, Mr. Gagnier worked for the federal and the Ontario government, as well as Alcan and a number of business groups. He was chief of staff to former Quebec premier Jean Charest between 2007 and 2009, coming back for a shorter period in 2012. In recent years, he has played a prominent role in the country's energy and environment debates. He served as president of the Energy Policy Institute of Canada, a now-defunct energy business-led effort to push for a national energy strategy.

Mr. Gagnier is the former chair of the International Institute for Sustainable Development, on the boards of the Vancouver-based Asia Pacific Foundation and the federal Sustainable Development Technology Canada, which funds clean-tech start-ups. He is also on the steering committee of the University of Ottawa-based Sustainable Prosperity group, which bills itself as a "green economy think tank."

- With files from Shawn McCarthy 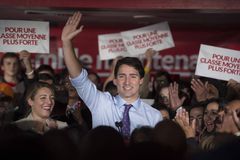 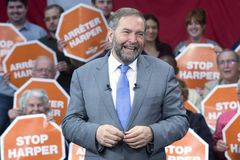