When derogatory comments that Liberal leadership hopeful Justin Trudeau made about Alberta surfaced recently, there was only the mildest rebuke from his challengers. It was as if there was a tacit understanding that the race would be a respectful affair, devoid of any hand-to-hand combat.

Having had time to consider the impact Mr. Trudeau's remarks could have on the party's attempts to rebuild in Alberta and the West, leadership rival Martha Hall Findlay is no longer so blithely tolerant.

During a campaign stop on the West Coast, Ms. Hall Findlay shakes her head when asked about the political fallout from Mr. Trudeau's comment (for which he later apologized) that Canada was not doing well because "Alberta is in control of our community and socio-economic agenda."

In the same two-year-old television interview, Mr. Trudeau concurred when his interviewer suggested Canada might run better if there were more Quebeckers in charge and fewer Albertans – a view that not only came across as anti-Alberta, said Ms. Hall Findlay, but anti-other provinces, too.

"Whether I'm an Albertan or I'm Ontarian, whether I'm from anywhere in this country, those comments do not reflect me, they don't reflect my views of this country," Ms. Hall Findlay said. "They [his comments] are and will continue to be very challenging for us, even in the 2015 [general election] campaign. So we haven't seen the end of the damage those comments will have made."

She is right, of course. Somewhere, there are organizers with the federal Conservative Party already devising the ad campaign that will hit the airwaves should Mr. Trudeau ascend to the Liberal throne. And he seems to keep giving the opposition more ammunition, the latest being his flip-flop on the long-gun registry. (Once a supporter, he now says it was a failure). You thought the attack ads the Tories came up with for Stéphane Dion and Michael Ignatieff were mean and vicious (not to mention effective). Ha! Mr. Trudeau should begin bracing himself.

Of the ever-growing cast auditioning for the Liberal top job, Mr. Trudeau, Marc Garneau (this Liberal leadership campaign's Ken Dryden) and Ms. Hall Findlay are seen as the front-runners. Like Mr. Trudeau, Ms. Hall Findlay is unfraid to speak her mind, even if it means roasting her own party for the lacklustre job it's done in defining itself in recent years.

While the Conservatives and New Democrats have clearly staked out their ideological turf, the Liberals have flailed about, trying to be everything to everybody and losing more credibility with the public with each passing year, she said.

For Ms. Hall Findlay, the economy is the No. 1 issue, but with a Liberal twist: Her focus is on the increasingly yawning gap between rich and poor. She talks about the need for "prosperity with purpose" – a strong economy with equal opportunity for everyone. Her platform, however, is short on how exactly she intends on achieving her utopian vision for the country.

Just as there is no detailed strategem for rebuilding the Liberals' dismal fortunes in the West.

Ms. Hall Findlay kicked off her campaign in Calgary, a city she calls her second home, although her permanent residence is in Toronto. Calgary is the headquarters of her campaign guru, Stephen Carter, the boyish wunderkind who propelled Calgary Mayor Naheed Nenshi and Alberta Premier Alison Redford to their unlikely victories.

Ms. Hall Findlay says she's a firm supporter of the oil sands and a national energy plan. But she does not have any quick answers for how to solve the roadblock B.C. presents when it comes to building a pipeline to the coast.

At the same time, she self-identifies as an environmentalist and believes the party's once-upon-a-time Green Shift proposal was good policy. That takes guts. Green Shift was mostly hated in the West and led to the early demise of Mr. Dion. It proposed a tax on fossil fuels and an overhaul of the tax regime. The Conservatives had a field day with it, quickly labelling it "Green Shaft."

"I thought it was brilliant and I still think it's brilliant," said Ms. Hall Findlay, the former MP from Willowdale. "Was the Green Shift a challenge for us politically? Of course it was. Doesn't mean it wasn't the right policy."

Ms. Hall Findlay spent months travelling the country as part of her failed 2006 leadership campaign. She was a virtual unknown then who was thought to be running to set up a more credible run down the road. This is it. She doesn't consider herself a long-shot.

"If I didn't think I was the best candidate I wouldn't be in the race," she said. 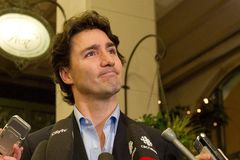 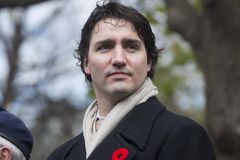 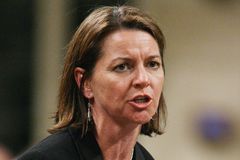 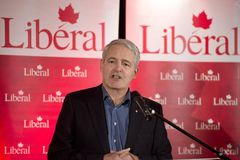 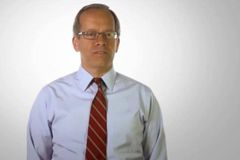 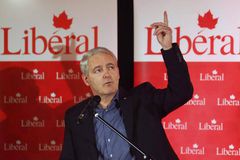