The Trudeau government's decision to approve a Chinese takeover deal originally rejected in 2015 as too risky for national security marks a significant shift in Canada's approach to Beijing, and may encourage China to invest more heavily in cutting-edge Canadian firms that might have been considered off-limits before, experts say.

Hong Kong-based O-Net Technology Group announced this week that Prime Minister Justin Trudeau's cabinet had given it the green light to purchase ITF Technologies of Montreal, a leader in fibre-laser technology. Applications for such technology include directed-energy weapons.

This represents a complete reversal in Ottawa's attitude to this deal, which the Harper government in 2015 blocked after national security agencies warned them the transaction would undermine a technological edge that Western militaries have over China.

"If the technology is transferred, China would be able to domestically produce advanced military laser technology to Western standards sooner than would otherwise be the case, which diminishes Canadian and allied military advantages," a national-security report by the Department of National Defence and CSIS said in 2015.

After they took power, the Liberals conducted a second security assessment – one they won't release – and approved the deal. This change of heart on the deal only came to light this week because O-Net announced it in a filing with the Hong Kong Stock Exchange. O-Net said it was informed March 17 the transaction could proceed.

Innovation Minister Navdeep Bains said the Liberals acted on the advice they received and attached conditions – which they will not disclose – to the deal that O-Net must meet in order to allow approval. O-Net has direct ties to the Chinese government because more than 25 per cent of its shares are held by a subsidiary of Chinese state-owned China Electronics Corp.

Peter Glossop, a partner with Osler Hoskin & Harcourt's competition and foreign investment group, said the Trudeau government seems to be signalling it's willing to consider investments by firms with ties to the Chinese state in areas of so-called sensitive technologies – high tech with military applications for instance – that previously might have been off-limits to outsiders.

"This government does appear to be open to investments in what appear to be sensitive sectors even by investors whom you might think would be disqualified because of apparent connections to a foreign government – in particular the Chinese government," Mr. Glossop said.

The Trudeau government has made deepening relations with China a key foreign-policy objective and has begun exploratory free-trade talks with Beijing.

Ward Elcock, a former director of the Canadian Security Intelligence Service, said he's not familiar with the target company – ITF – and whether its technology is cutting edge. He also noted he had no way of verifying the 2015 national security assessment that warned the transaction would deliver a significant benefit for Beijing.

"If the technology is as sensitive as the report you mentioned in [The Globe and Mail] would suggest, then I would have to say that it is not something I would have recommended be approved," Mr. Elcock said in an interview. He was the director of CSIS between 1994 and 2004.

He said whether conditions imposed by Ottawa on the transaction can prevent a technology transfer is a difficult question to answer.

"Whether the limitations can be effective is the $64-million question. I would be really leery of whether such conditions would have much impact, frankly."

NDP MP Nathan Cullen said the Liberals are not doing much to build confidence in their decision. "Saying they've done a national security review that they won't tell us about and 'Just trust us' when it comes to potential weaponized laser technology going to an authoritarian government like China is directly contradictory to Canadian values in my opinion," Cullen said.

Mr. Bains this week said this approval reflects a "balanced approach of openness to ideas, people and trade, all while ensuring that decisions on global investment are made with the promotion of Canada's interests in mind."

"This does not bode well for Canada's interests, especially in a Canada-China free-trade deal. How much more is Trudeau willing to give away?" 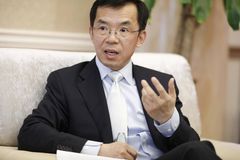 Liberals reverse Harper cabinet order to unwind Chinese takeover deal
January 9, 2017
Follow Steven Chase on Twitter @stevenchase
Report an error Editorial code of conduct
Due to technical reasons, we have temporarily removed commenting from our articles. We hope to have this fixed soon. Thank you for your patience. If you are looking to give feedback on our new site, please send it along to feedback@globeandmail.com. If you want to write a letter to the editor, please forward to letters@globeandmail.com.
Comments