Jean Chrétien is still promoting the idea of Liberals and New Democrats merging into one federal party, despite strong objections to the NDP's approach to Quebec independence.

In an interview Monday, the former Liberal prime minister dismissed suggestions that a merger now – when the Liberals have been reduced to a third-party rump and New Democrats are on the rise – would amount to an NDP takeover of his once-mighty party.

Mr. Chrétien said the shape of a new political entity would not be determined by the number of seats each party holds but by the respective strength of their ideas.

"In a new party, this [numbers game]does not matter any more. It's intellectual capacity that will make the difference," he told The Canadian Press.

On that score, Mr. Chrétien expressed confidence the Liberals would hold their own in any merger negotiations and that their predominantly centrist viewpoint would prevail.

"I'm sure," he said categorically. "The result of a situation like that is you would have a new party that would be a centrist party."

The historical references of the new party would be iconic Liberals like Sir Wilfrid Laurier, in much the same way that Sir John A. Macdonald is a touchstone for the current Conservative Party, formed in 2003 from a merger of the Progressive Conservatives and Canadian Alliance, Mr. Chrétien said.

"The minority group in the merger was the party of John A. Macdonald," he pointed out.

But noting that Canada has had three minority governments since 2004 and describing the current Conservative majority as "very narrow," he predicted a merger would "create a lot of political stability in the land."

Mr. Chrétien vehemently disagrees with the NDP's position that a bare majority referendum vote would be sufficient to kick start negotiations on Quebec secession.

As prime minister he introduced the Clarity Act, which stipulates that the federal government would only enter into such negotiations following a "clear majority" vote on a clear question.

He noted Monday that most countries, corporations, private clubs and political parties – including the NDP – require qualified majorities to change their own constitutions or structures.

"You need two-thirds of the vote in the NDP to change anything in the constitution of the NDP but with one vote you will break Canada?"

Mr. Chrétien said the NDP position would mean one person who accidentally checked the wrong box on a referendum ballot could decide the fate of the entire country.

"You don't lose a vote because somebody does not have his glasses, you do not lose a country because of that. ... I find it's flawed logic," he said.

Still, Mr. Chrétien shrugged off suggestions that such a fundamental disagreement on such a crucial question could be an insurmountable obstacle to a merger. He predicted the NDP would abandon its position should it ever form government.

"If you come with promises in your program that make no sense, you will not implement them. Common sense has to prevail in public life." 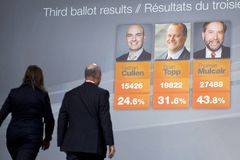 Cullen edged out Mulcair in live NDP leadership voting
May 3, 2018 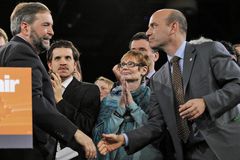 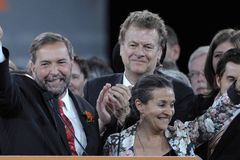 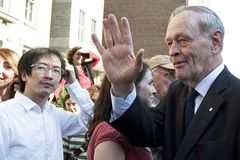 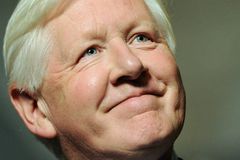 A counterintuitive alternative to a Liberal-NDP merger
May 3, 2018