Real change? Justin Trudeau's election slogan gets a first test when he puts faces on it next week in the form of cabinet ministers.

One way or another, some will be new faces – the Liberals held 36 seats before the election and have 184 now. But other forces, such as Mr. Trudeau's pledge to establish gender balance and a desire to create a forward-looking image, ensure many lesser-knowns will be made heavy hitters.

Of course, Mr. Trudeau will name some experienced ministers. Regina's Ralph Goodale is both the Liberals' most seasoned hand and only Saskatchewan MP. Nova Scotia's Scott Brison, a minister under Paul Martin and co-chair of Mr. Trudeau's economic advisory panel, is a strong bet.

But there are eight other former ministers. Most won't make it. In the small, gender-balanced cabinet Mr. Trudeau promises, he can pick 12 or 13 men, and not all from Toronto or Montreal.

There are star newcomers. Bill Morneau, CEO of human resources firm Morneau Shepell, the big-business recruit, is a contender for a major economic portfolio, such as industry or finance. Retired general Andrew Leslie, in Ottawa, and former Assembly of First Nations regional chief Jody Wilson-Raybould, in Vancouver, are cabinet favourites.

There will be less-known newcomers, too. One contender is Arif Virani, who has known Mr. Trudeau and his senior adviser, Gerald Butts, since McGill. He's a human-rights lawyer who came to Canada as a Ugandan Asian refugee – if included, he might symbolize a change in approach to refugees.

One high flyer is Mélanie Joly, a 36-year-old lawyer and PR executive who worked on Mr. Trudeau's leadership campaign, and launched her own surprising, out-of-nowhere second-place Montreal mayoralty campaign in 2013 – with a "Real Change" slogan that Mr. Trudeau copied.

She's also a walking CV. As an articling lawyer, she got her Oxford recommendation letter from her mentor at her firm, Lucien Bouchard. Her museum volunteer work led to friendship with Justin Trudeau's brother, Alexandre. Last year, she wrote a book on changing politics. "Every other weekend, I try to go to the woods to unwind," she said in an interview. She is an emerging Montreal brand going national.

Of course, politics can chew up promising stars. She raised hackles when she broke her pledge to remain in municipal politics. But political associates think she's tough. "Her detractors try to create this false air of vapidness about her. She's extremely intelligent," said Steve Shanahan, a city councillor who ran on her ticket in 2013, and ran federally this year as a Conservative.

But Mr. Trudeau can't pick all of his Quebec ministers from Montreal. The Liberals won a toehold in Quebec City, where Laval University economist Jean-Yves Duclos squeaked in with 29 per cent of the vote in Québec riding.

The balding, wiry professor with a gentlemanly manner has intellectual heft. "He is a big wheel in our world," said his colleague and Laval economics professor Stephen Gordon. His work in areas such as the effect of taxation on poverty and opportunity jibes with Liberal platform themes. He would be, Mr. Gordon judged, a fit for a portfolio like Human Resources.

But politics is a new world for Mr. Duclos. Mr. Gordon said he can't imagine Mr. Duclos as a political attack dog. Mr. Duclos said he knows he's gone from the individual sport of academia to the team sport of politics. "I have to accept I won't always be in control of the puck," he said.

Calgary's Kent Hehr will be in a new world, too. The former litigator was a provincial MLA since 2008, but consigned to opposition. Now, he's one of two Liberal MPs from a city whose business leader want a cabinet voice.

Mr. Hehr, 45, is a believer in the Liberal line that his province's oil industry needs environmental credibility to ensure markets, and that Canada needs pipelines.

He's also an Alberta progressive, a view he said crystallized after he was shot. He was, he said, a semi-diligent Mount Royal College student and hockey player when after a night out at the bars, a couple of "random" guys with a gun pulled alongside his friends' car, engaged words – then caught up again, firing. "I remember saying to my friends, 'that's not a gun, that's a water gun,'" he said in an interview. "And then, at the hospital, going into the MRI."

After months in hospital, he received accessible housing and benefits, he said, reinforcing his belief in the role of government.

In Edmonton, Mr. Trudeau must pick between two MPs, too. If persistence counts, former city councillor Amarjeet Sohi, 51, might have an edge.

Mr. Sohi came to Canada as an 18-year-old Punjabi immigrant, and became an activist speaking out against extremism in the Sikh community. But on a trip to India, he was arrested in Bihar, where police accused him of being a Sikh terrorist, with no evidence offered. He spent 21 months in prison, at first beaten and deprived of sleep, and was never charged. "You can never forget those kinds of experiences," he said, adding it's made him a believer in accountability for police and security forces, while also believing in the need to combat extremism.

He's also shown drive: he worked in fast food, cleaning buildings and, eventually, as a bus driver, before his first run at city council in 2004. He was clobbered then, winning 12 per cent of the vote; in his most recent council race, he won 78 per cent.

And in the GTA, Jane Philpott, 54, the chief of family medicine at Markham-Stouffville hospital, is already seen as a leading figure among new MPs. She started the Give a Day to AIDS fundraising campaign and a family medicine training program in Ethiopia.

As a young doctor, she moved to Niger, motivated, she said, by the "deeply unfair" access to health, and stayed a decade. "I loved it, loved it. It was a fabulous place to live," she said.

But it was also the site of devastating tragedy: her eldest daughter died of meningococcemia, and her second child was evacuated to Canada. Yet she returned to Niger.

"There was a famine in Niger when she went back," said her friend, Dr. Sarah Barclay. "She goes into the worst imaginable situation, and feels called."

She is, at least, a rare MP who quotes Rudolf Virchow, the noted German physician who had a less successful political career, to explain why she sees economics and environment as key to human health, and chose to run for office: "Politics is nothing but medicine writ large." 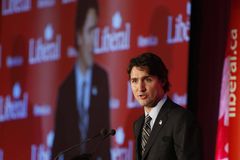 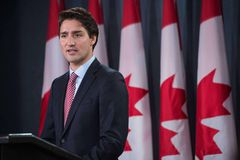 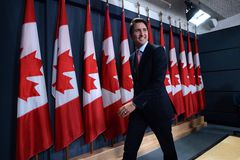