The Liberal government has confirmed that a promised middle-class tax cut won't be fully paid for with a tax hike on wealthier Canadians, leaving a $1.2-billion-per-year hole in the federal treasury.

The Liberal election platform was centred on the tax reduction for middle-income earners, saying it would cost Ottawa about $3-billion annually and be offset by an equal amount of revenue generated from a new tax bracket on income earned above $200,000.

Now in government, Finance Minister Bill Morneau says those two measures will not balance as promised, raising the possibility of even larger deficits than Justin Trudeau outlined during the election.

"This is going to cost a bit more for the government and we want to explain to Canadians exactly what the shortfall is," Mr. Morneau said in French at a news conference in Ottawa on Monday that was held after markets closed, and on the day that The Globe and Mail reported the government would fall short.

Mr. Morneau repeatedly declined to say whether the government will deliver on the promise to keep the size of annual deficits under $10-billion a year. He did, however, repeat the promise that the Liberals would balance the books before the next federal election.

"We are going to continue to uphold our commitments because we know that with a lower growth rate than planned for in the [Conservatives' 2015] budget, it's necessary to make investments," he said.

Finance Canada released a costing Monday that shows the tax package will produce a gap of $1.2-billion a year, including new revenue from reverting to the previous annual contribution limits to tax-free savings accounts as of Jan. 1.

The Liberal government introduced a motion Monday that will enact a campaign pledge to lower the tax rate on income earned between $44,701 and $89,401 to 20.5 per cent, from 22 per cent. The government is also delivering on a new tax rate of 33 per cent on income above $200,000. Both will take effect on Jan. 1.

Finance Canada numbers show the income-tax cut will reduce federal revenues by about $4.1-billion in 2019-20, while the tax hike will only raise $2.4-billion that year. Corresponding technical tax changes to the tax rules governing small businesses will raise $250-million in additional annual revenue that year, but not enough to bridge the gap.

Opposition critics said the government's new numbers are evidence of broken promises and urged the Liberals to acknowledge the flaws in their plans.

"The Prime Minister made two fundamental commitments to Canadians: One, that the deficit would not go above $10-billion per year; and, two, that any tax increases would be revenue neutral. Unfortunately, neither of those are true and it appears that we are leaving those commitments in the dust," Conservative finance critic Lisa Raitt said.

The Liberals' original campaign estimate was based on a calculation provided to the party on request by the Library of Parliament, which said such a tax hike would raise $3.24-billion in 2014 before any behavioural changes are considered. The Liberal campaign then raised that to $3.4-billion for 2016 based on inflation. It then subtracted $600-million to account for tax losses due to behavioural changes.

The question is whether that subtraction was large enough. Economists widely believe that high-income tax earners will take steps to avoid higher taxes through actions such as restructuring their business or turning down extra work. Economists do not agree, however, on how much tax revenue would be lost through such actions.

Respected tax expert Kevin Milligan with the University of British Columbia, who was a member of the Liberal economic advisory team, stated in September that "with strong administrative efforts and an effective tax-expenditure review" the party's $2.8-billion figure was a "reasonable" estimate.

However, those are important caveats. The Liberal platform promised to beef up the Canada Revenue Agency's tax-enforcement powers and to review various tax credits, but the platform provided few details in this area. Mr. Morneau did not provide new information Monday on those promises.

University of Western Ontario economist Mike Moffatt, who also provided advice to the Liberals in the runup to the election, said it is important for the new government to lay out how it plans to avoid large behavioural responses to the new tax bracket.

"I would say their estimate was on the high end of possible ranges [for new revenue], but not unreasonable," Mr. Moffatt said. "We really don't know how high-income people will respond to this or to what degree."

The Liberals also face questions as to whether their tax break is truly aimed at the middle class. A report released Monday by the left-leaning Canadian Centre for Policy Alternatives argues it would be more accurately described as an "upper-class" tax cut, given that the largest gains will go to families in the top 20 per cent of income who earn more than $124,000 a year.

The report praises the creation of a new top tax bracket but recommends other offsetting tax breaks that would be more focused on middle-class incomes, such as cutting the rate on the lowest income tax bracket from 15 per cent to 14.5 per cent or increasing the basic personal amount that can be earned before taxes are collected.

Mr. Morneau said lower income families will benefit from additional measures that will be enacted in the budget. 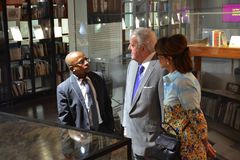 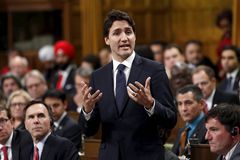