The Liberals have backed down from their plan to hold the reins on a committee to study electoral reform in Canada, handing over the balance of power to the opposition and agreeing to give the Bloc Québécois and the Green Party a voice at the table.

It is a major reversal from the government, which pledged to change the first-past-the-post voting system before the next federal election, but faced increasing criticism that it was trying to rig the system in the Liberal Party's favour.

Democratic Institutions Minister Maryam Monsef told the House of Commons on Thursday the government will support an NDP motion to give opposition members more say on the special committee – yet to be struck – to study voting systems and propose changes for Canada.

"Hopefully, this will assure members that the government comes to this process with an open mind," Ms. Monsef told the Commons.

"The purpose of coming together with the parties across the aisle today was to demonstrate that co-operation in this place is possible," she later told reporters.

The motion, to be voted on next Tuesday, proposes the 12-member special committee be made up of five Liberals, three Conservatives, two NDP, one Bloc MP and the Green Party's Elizabeth May. The original plan was for the Liberals to make up the majority, with the Bloc and Greens represented, but unable to vote.

Mr. Trudeau has in the past said he personally favoured a ranked ballot system, while the NDP and Greens have supported some form of proportional representation. All have said they are open to studying different options, while the Conservatives have pushed for a national referendum on the issue, an idea the Bloc supports.

"Referendums are often a way to prevent change from happening," the Prime Minister said on Thursday when asked if he supports a referendum. Ms. Monsef told reporters the government would consider the committee's recommendations about how "to determine broad support from Canadians."

Interim Conservative Leader Rona Ambrose called Mr. Trudeau's comment about a referendum "one of the most arrogant and elitist things that I have ever heard."

"The only thing that he is stopping is the right for Canadians to have a say in what their vote means," she told the House of Commons.

NDP MP Nathan Cullen, who proposed the binding motion in Parliament, welcomed the Liberals' decision to support it. The motion says the committee would get to work 10 sitting days after it passes, and present a final report on Dec. 1. Members are yet to be chosen.

"No one party should have the power to unilaterally push through changes to our voting system," Mr. Cullen said.

"If the government continues to work in good faith, if the committee is able to work collaboratively and collegially, we don't think a referendum is required."

But the Conservatives were immediately critical of the plan. Conservative MP Scott Reid called it a "backroom deal" between the Liberals and NDP, and said the committee has been set up to "run out the clock."

"Its purpose is just to rag the puck for six months before the decision gets made by cabinet. That is what will happen," Mr. Reid told the Commons. "To say it is a travesty of democracy is an understatement."

Liberals must not be arrogant about changing the nation’s elections
May 31, 2016

Which electoral system benefits Liberals the most?
May 13, 2016 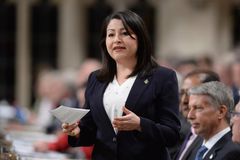 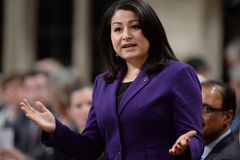