The federal government has asked one of the world's top investment banks to determine how much of an economic windfall Ottawa could reap by privatizing Canadian airports.

The government, through a Crown agency responsible for selling off federal assets, has hired Credit Suisse AG to analyze several privatization options before the end of the year.

The contract with Credit Suisse will provide Finance Minister Bill Morneau with a range of options to consider as he prepares his 2017 budget – though his office insists no decisions are imminent.

Subscribers only: The risks and rewards of buying and selling airports

Read more: Four reasons why Ontario will be better off without the LCBO

The study is being conducted as federal Liberals are eager to entice international investors, including pension funds, to invest in Canadian infrastructure as a way of boosting a sputtering economy. Airports are widely considered to be a prime target for such investors, offering steady and reliable returns during a period of low interest rates and uncertainty.

Mr. Morneau is scheduled to host an event in Ottawa on Thursday with members of his economic advisory council on economic growth, a 14-member panel that includes representatives of global pension funds. As The Globe reported Wednesday, the panel will recommend the launch of an infrastructure bank aimed at encouraging private investors to partner with Ottawa on infrastructure projects.

But attracting that type of investment generally requires some form of public-private partnership and several CEOs of Canada's major airports are strongly opposed to full privatization.

Calgary Airport Authority CEO Garth Atkinson said the fact the Credit Suisse study is being managed via the Canada Development Investment Corp. (CDEV) – which has a mandate to privatize federal assets under the direction of the finance minister – suggests a foregone conclusion.

"They've been hired by an arm of government whose sole purpose in life is to sell off stuff and then they've hired an investment banker, so I kind of know where that conversation is going," he said.

Mr. Atkinson said the current structure works and airports are not experiencing an infrastructure deficit.

Dan Lauzon, a spokesperson for the Finance Minister, suggested that action on the file is not imminent in spite of the flurry of behind-the-scenes activity taking place.

"This is preliminary analytical work," he said in an e-mail. "We have not committed to any of this, and it's not a front-burner issue."

Michael Carter, executive vice-president of CDEV, outlined the scope of the study in an interview Wednesday.

The Credit Suisse study is being undertaken on the heels of a major review of the Canada Transportation Act by former federal minister David Emerson, who urged Ottawa to consider five privatization options. That review was launched by the Conservative government in 2014 and the final report was made public in February of this year by Liberal Transport Minister Marc Garneau.

Most smaller airports were fully divested. Only 18 small airports remain under the ownership and operation of the federal government.

Ottawa currently receives about $1-billion a year from airports in rent and security fees.

The airport authorities are responsible for covering the cost of infrastructure maintenance and upgrades through passenger fees.

"Canada was a leader in commercializing airport operations, but airport ownership models have changed worldwide in the past 25 years," the Emerson report stated. "For-profit corporations with share capital predominate, making the antiquated Canadian model somewhat unique."

The contract with Credit Suisse involves a review of airport models around the world and an assessment of how much money could be raised under various privatization options, including some similar to those recommended in the Emerson report. The contract also requires an assessment of maintaining the status quo.

Any final decision on how to proceed will be in the hands of Mr. Morneau and his fellow cabinet ministers.

Craig Richmond, CEO of the Vancouver Airport Authority, and Ottawa International Airport Authority CEO Mark Laroche, both said in interviews that they oppose full privatization and warned it will impose higher costs on consumers.

Mr. Richmond said as a rough estimate, selling the Vancouver airport could raise at least $4-billion.

"If you get a big cheque, that's great, one time," he said. "But now there's going to be a company run by a pension fund and an investment bank that is going to be taking a huge amount of money out of the airport to repay their investment."

However James Cherry, the CEO of Aéroports de Montréal, said the various options should be thoroughly studied and he's not convinced by critics who say privatization will raise costs.

"The other thing they might say is service to the public will suffer," he said. "I don't think that's the case either and I think that's an insult to a lot of airports that are privately owned. They offer great services. So anybody who makes a sweeping statement like that without really looking at what the alternatives are is doing the thing a disservice."

With reports from Greg Keenan and Andrew Willis

The risks and rewards of buying and selling airports
Subscriber content
October 20, 2016 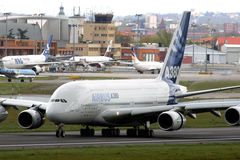 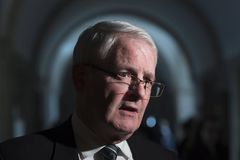