Donald Trump will cause an "enormous" tax competitiveness problem, warns former Bank of Canada governor David Dodge, who predicts the new U.S. presidency will threaten Canada's ability to grow the economy by attracting and retaining professionals who earn six-figure salaries.

The federal government imposed a new tax bracket of 33 per cent this year on income above $200,000, while reducing the tax rate at middle income levels. Mr. Trump, the U.S. president-elect, has promised major tax reductions across the board. Crafting a specific plan with the Republican-led Congress is expected to be a priority for the new administration early in the new year.

In an interview with The Globe and Mail, Mr. Dodge said federal and provincial governments will have to respond in some way to ensure Canada remains attractive.

"It's an enormous problem when you get effective tax rates which are wildly out of line," he said. "And that's what's going to happen to a much greater extent in the spring if Mr. Trump and the Republican Congress proposals in some way go forward."

Mr. Dodge's comments come as doctors in Canada warn they've reached a tipping point in terms of high taxes and poor working conditions that will force many to consider packing their bags.

On Thursday, Liberal MPs dismissed warnings from doctors who are opposed to a specific new federal tax change that is before Parliament.

Wayne Easter, the Liberal chair of the House of Commons finance committee, had appeared sympathetic at times to the doctors' concerns during public hearings on a budget bill that contains a controversial clause that will limit some physicians' access to the small-business tax deduction.

However, Mr. Easter said he received briefings from senior officials at Finance Canada and Health Canada that assured him the dire warnings from physician advocates won't materialize.

"This seems to have been a tax policy where there was an unintended benefit to multiple players within one operation. That isn't seen as fair and balanced to other operations and it wasn't the way it was intended to be," he said in an interview. "Will there be a major exodus? The arguments that have been put to me would suggest not likely."

The Liberal government also defended the tax change Thursday when it was raised in the House of Commons during Question Period.

The finance committee will have more to say next week on the broader issue of the small-business deduction when it releases its report and recommendations based on prebudget hearings. The committee heard a wide range of opinions on the issue this fall.

The Canadian Federation of Independent Business called for the current small-business tax rate of 10.5 per cent to be lowered to 9 per cent, while groups representing larger corporations such as the Business Council of Canada called for the small-business deduction to be eliminated and merged with the corporate tax rate – currently at 15 per cent – to allow for a broader reduction of business taxes.

National medical organizations have mounted an intensive lobbying campaign to gain an exemption to tax changes announced in the March, 2016, federal budget. The changes are aimed at preventing professionals such as lawyers, architects or doctors who operate under a single corporate structure from each receiving the full small-business tax deduction.

The Canadian Medical Association presented the committee with accounting work from Deloitte that showed the change would impose tens of thousands of dollars in additional taxes on affected doctors. Canada has about 80,000 physicians and the CMA said the change would affect about 10,000 to 15,000 specialists who work in joint medical practices where income is pooled.

Ray Foley, executive director of the Ontario Association of Radiologists, told The Globe and Mail this week that many Canadian doctors will choose to work in the United States because of the federal tax change and disputes with provincial governments.

Mr. Foley added Thursday that it is misleading for the government to tell low- and middle-income Canadians they won't be affected by the tax change, because many doctors are now considering whether to leave Canada.

Many doctors in Canada are also among those who face higher personal taxes because of the government's new tax bracket focused on the top 1 per cent of income earners.

NDP finance critic Guy Caron said he believes the warnings from doctors about leaving the country are exaggerated. While the NDP supports a separate and lower small-business tax rate, he said he'd like the committee to study whether the rate should continue to apply to professionals such as doctors and lawyers.

"Usually people link that [deduction] to their small business convenience store or a small startup," said Mr. Caron. "They don't necessarily link it to professionals such as doctors, lawyers and so on. I think it would be worth it to actually study it and see what benefits we get from applying the small-business deduction to those professions."

The small-business tax rate applies on the first $500,000 of income earned by an active small business. That limit begins to be reduced when the taxable capital of a business reaches $10-million. The benefit is eliminated at $15-million. 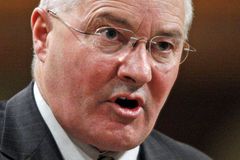