Justin Trudeau's policy of open nominations and free votes is proving to be more complicated than it originally appeared.

The Liberal Leader laid out his plan in last year's leadership race, but it is eliciting criticism inside and outside the party as it is put in place. In party nominations across the country, it is becoming clear there are exceptions to the open nature of the races, and that not all votes will be free after the next election.

One Liberal, Christine Innes, was blocked from running in a by-election in Trinity-Spadina over alleged bullying tactics by her team. Ms. Innes has filed a defamation lawsuit against party officials. Some past leadership candidates worry they could be shut out over the party's decision to bar anyone who has outstanding debt from leadership races – and now would-be candidates have to say that they would vote in favour of abortion rights in Parliament.

Daniel Gagnier, the party's national campaign co-chair, said "open nominations" do not refer to a process in which anyone has a shot at becoming a Liberal candidate. Rather, he said, it is a break with the era in which leaders appointed candidates in selected ridings.

"It means that we don't parachute candidates into ridings, and that all candidates start off from the same point," he said in an interview.

He added that the Liberal Party plans to hold more free votes in the House of Commons, but acknowledged "a few" exceptions, including items in the party platform, money bills and matters dealing with the Canadian Charter of Rights and Freedoms.

Mr. Trudeau announced this week that, based on those principles, would-be candidates must agree to vote in favour of abortion rights if they become MPs. Liberal officials added that candidates would also be expected to follow the Liberal Party's policy in favour of assisted suicide, depending on an upcoming ruling on the matter by the Supreme Court of Canada.

Earlier this year, Mr. Trudeau said the party will not allow past leadership contenders to be candidates in 2015 if they have not yet paid off their debts from those campaigns. The matter prompted an outcry from David Bertschi, a lawyer who ran against Mr. Trudeau in last year's leadership race, and wants to be the Liberal candidate in Ottawa-Orléans.

Some Liberals think Mr. Bertschi faces an uphill battle against his main rival, retired lieutenant-general Andrew Leslie, who is a key adviser to Mr. Trudeau on defence and security matters.

Party officials said Mr. Trudeau has given himself the right to have "preferences" for some candidacies as he builds his team, although all would-be candidates will be playing by the same rules. Mr. Gagnier said Liberal hopefuls should start planning their nomination campaigns immediately.

Liberal officials said the changes are designed to bring new people into the party.

On Thursday, a nomination was held in Scarborough-Agincourt to replace Jim Karygiannis, who endorsed one of his former assistants, Nick Mantas. However, the winner was Arnold Chan, a lawyer and one-time aide to Ontario premier Dalton McGuinty. Mr. Chan's victory marked a clean break with the era of Liberal infighting that Mr. Karygiannis had come to symbolize.

Mr. Gagnier said some people are still struggling to understand the party's position, and that the most critical are members who preferred the old way of doing things.

"There is a perception problem, but there is also a problem with change," he said.

When he presented his approach in February, 2013, Mr. Trudeau said: "Party discipline has become absurdly over-used in Parliament. The Conservatives and NDP are led by people who believe in top-down, autocratic rule."

Still, NDP Leader Thomas Mulcair took shots at the Liberals this week, criticizing the fact that current MPs would be able to vote against abortion.

"No NDP MP will ever vote against a woman's right to choose. For us, it's a fundamental question of principle," he said. 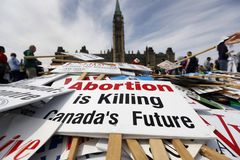 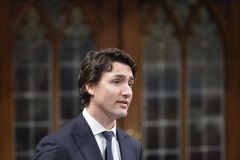 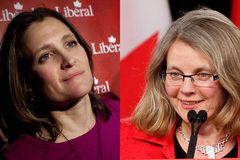 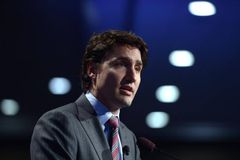 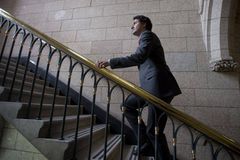