Critics say Justin Trudeau's ambitious promises for improving the lives of Canada's First Nations will be impossible to achieve but a representative of the incoming Liberal government insists progress will be demonstrated by the end of its first mandate.

Carolyn Bennett, the most recent Liberal critic for aboriginal affairs under the previous Conservative government, said her party learned that much can be accomplished in 16 months when it negotiated the Kelowna Accord a decade ago. That deal, which called for the spending of more than $5-billion over five years to improve education, employment and living conditions for indigenous peoples, was scrapped when the Tories won the 2006 election.

But it proved that the government could "adapt a process where everybody feels included, and the priorities are set, the money is assigned. And you can show people that there will be progress over these four years, and some things will be indicators and some things will be real deliverables," Ms. Bennett said in a telephone interview on Tuesday.

During the recent election campaign, Mr. Trudeau said he would repeal or reform many pieces of legislation that were passed into law without adequate consultation with the indigenous people. He said he would give the First Nations a veto over development in their traditional territories. He promised to implement all 94 recommendations of the Truth and Reconciliation Commission, including living up to the terms of the United Nations Declaration on the Rights of Indigenous Peoples which the Conservatives had regarded merely as what they called "aspirational."

Mr. Trudeau also said he would end boil-water advisories on reserves within five years, launch an inquiry into the disproportionate number of missing and murdered indigenous women, and increase funding for First Nations schools by hundreds of millions annually over the $1.4-billion over three years that the Conservatives allotted but did not spend.

Critics have questioned Mr. Trudeau's ability to deliver on such a wide slate of promises.

But some of the commitments, including the inquiry, are readily "deliverable," said Ms. Bennett. And Canada, she said, cannot settle for less than what came out of the Truth and Reconciliation Commission's six years of study, or less than what this country agreed to when it signed the UN declaration. "It's a matter of sitting down with First Nations and actually working through these things in a systematic way."

Isadore Day, the Ontario Regional Chief for the Assembly of First Nations, said Mr. Trudeau has set "high-bar priorities" but they can be achieved.

The Ontario chief said he and his people are ready to do their part to see that the promises being made by the Liberals become reality. They are eager, he said, to begin work on what he calls "G-3 priorities," which are collaborative efforts between the federal and provincial governments and the First Nations, to deal with critical matters such as the environment, poverty and living conditions.

And, if Mr. Trudeau wants to make a quick demonstration of his willingness to work with the indigenous people, said Mr. Day, he will immediately lift the 2-per-cent cap on increases to the amount given annually by the federal government to the First Nations for spending on things like education and health. That money should be retroactively increased back to the start of the fiscal year, he said.

During the campaign, NDP Leader Tom Mulcair made promises to aboriginal people that, in some ways, exceeded those being offered by Mr. Trudeau. Charlie Angus, a New Democrat MP who has been heavily involved in First Nations issues and who is the author of a recent book called Children of the Broken Treaty about a girl's fight for better education on her Northern Ontario reserve, agrees there is much work to be done.

But, he warned, "there's a double-edged sword to high goals. Governments promise the moon to First Nations and mostly fail to deliver."

Billions have been spent on reserve water plants that were constructed inappropriately and ultimately failed, he said. And, said Mr. Angus, money for education will do little to improve the dismal outcomes of reserve schools unless there is a way to establish standards and to ensure that it is spent where it is needed.

"Simply transferring the money without a road map is not going to help the children," said Mr. Angus. So "let's take the time and do it right because, at the end of this Parliament, we could actually see a transformation in the lives of indigenous students across the country." 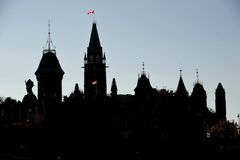 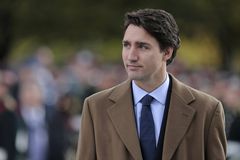 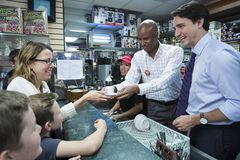 Canada’s aboriginal tourism: It doesn't get much more traditional than this
October 26, 2015
Follow Gloria Galloway on Twitter @glorgal
Report an error Editorial code of conduct
Due to technical reasons, we have temporarily removed commenting from our articles. We hope to have this fixed soon. Thank you for your patience. If you are looking to give feedback on our new site, please send it along to feedback@globeandmail.com. If you want to write a letter to the editor, please forward to letters@globeandmail.com.
Comments