Prime Minister Justin Trudeau's Liberals have been put on the spot by an e-petition demanding a federal inquiry into unresolved questions about the treatment of prisoners during the Afghan war, something that human rights groups support.

Former New Democrat MP Craig Scott, who represented the riding of Toronto-Danforth up until the Oct. 19 election, has gathered 750 names for the digital solicitation — well over the threshold of 500 individuals that compels a reply.

The Liberals have until May 30 to respond in writing — and unlike the old paper petitions tabled in the House of Commons, the federal government is obliged to post its answer online.

The system of e-petitions is new and only came into effect last December.

Paul Champ, an Ottawa-based lawyer who represented Amnesty International Canada and the B.C. Civil Liberties Association in a series of legal battles over the issue of Afghan prisoners, said Tuesday the absence of clear answers has long cast a shadow over the Canadian military.

"We never had a true public investigation, and we are a lot poorer for that," Champ said.

Alex Neve, secretary general of Amnesty International Canada, said he supports the call for an inquiry and marvels at how an issue that once stirred such emotion and political debate has since faded away.

"This wasn't a footnote in history," he said, "but it is being made into one."

In an interview with The Canadian Press, Scott said he expects Foreign Affairs Minister Stephane Dion, who battled the former Conservative government for answers on the issue while in opposition, to take seriously the call for an inquiry.

"I believe a commission of inquiry is absolutely needed," Scott said. "We have fragmented and poor knowledge about everything that transpired around the question of Afghan detainees. Despite multiple episodes and processes we are no further ahead in knowing the extent of what went on."

In addition, Scott said he believes he's uncovered new evidence that suggests the Canadian Army followed the lead of the U.S. by using a system called Person Under Control — or PUC. It is a little known sub-category of prisoners, criticized in 2005 by groups such as Human Rights Watch, whereby detainees perceived to have a higher intelligence value were kept off-book and sometimes interrogated by "other government agencies."

There are references to PUCs in a Canadian military board of inquiry report and a recent book published by a retired colonel and self-styled historian, said Scott.

He described it as a "parallel system" separate from the one that caused the Conservative government so much trouble during the war.

At that time, it was alleged that suspected Taliban prisoners, captured by Canadian troops during the routine course of operations, were handed over to possible torture by Afghan intelligence and law enforcement. Each of those detainees were duly registered, with notice of their existence provided to the International Red Cross.

The notion that there might have been a separate category of unregistered detainees adds a new, potentially troubling, wrinkle to the long-dormant controversy that consumed a lot of political oxygen at the height of the conflict.

Champ said he also saw signs of a parallel system and, at the very least, it deserves an explanation.

"The notion that some (prisoners) were kept off the books would be outrageous, but not surprising," he said, pointing to evidence that there were delays in notifying the Red Cross about registered detainees.

Defence Minister Harjit Sajjan suggested he wasn't in favour of an inquiry, insisting Canada takes its obligations under international law seriously and that pre-deployment training covers the proper way to handle prisoners.

He didn't, however, directly answer the question about how the government intends to respond to the petition. A spokeswoman in Sajjan's office says it is being taken seriously and is under review.

At the onset of the Kandahar combat mission, Paul Martin's Liberal government signed an agreement with Kabul that required prisoners to be transferred into Afghan custody, but unlike Britain and the Netherlands, Canada had no right to check on their condition afterwards.

Any state that knowingly hands over a prisoner to torture is guilty of a war crime under international law.

Stephen Harper's government grudgingly moved to fix the flaw after published reports revealed abuse may have taken place, but it also installed a rigorous system of monitoring that lasted well after the combat mission ended in 2011.

Concurrently, the Conservatives fought multiple legal battles with Amnesty International Canada and the B.C. Civil Liberties Association, which tried to have the system of transfers halted.

It also faced a public hearing into the conduct of military police, who were in charge of the transfer system. The refusal by the Harper government to hand over related documentation almost cost the Conservatives power in 2009 when the Liberals were prepared to move a motion of contempt.

The Liberals have staked their reputation on openness and transparency, and were prepared to bring down a government over this particular question of principle, Scott said.

If they are not prepared to act, he said, some in the legal community are willing to petition the International Criminal Court at the Hague to investigate.

From torture to tech pitches: Maher Arar's long climb back to normal
November 12, 2017 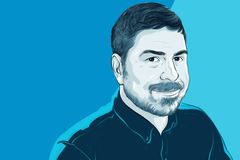 Omar Khadr rumoured to be getting married
May 16, 2018 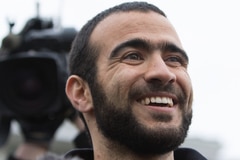