The Liberal Party would scrap the Conservative government's package of family benefits and replace it with a combination of income-tax cuts and child benefits – and pay for it in part with a $3-billion tax hike on the wealthiest Canadians.

The Liberals are aiming the central plank of their election platform at middle-class voters by claiming that a combination of benefits and an across-the-board income-tax cut would benefit 90 per cent of households and is fairer than what the federal government currently offers.

Liberal Leader Justin Trudeau announced his plan at a family restaurant on Monday, vowing to create a new tax bracket of 33 per cent for Canadians who make more than $200,000 a year. He also repeated his pledge to get rid of a series of "unfair" Conservative fiscal measures, including scrapping the income-splitting tax credit and cancelling the near doubling of the tax-free savings account limits.

Instead, the Liberals would lower the tax rate for income in the $44,700 to $89,400 bracket, which would ultimately provide relief to all Canadians making between $44,700 and $200,000 a year. The Liberals also said a new "Canada Child Benefit" would offer enhanced payments to families with household income below $150,000.

Mr. Trudeau said he's convinced that richer Canadians are willing to pay more as part of an effort to help middle-class Canadians.

The long-awaited policy plank from Mr. Trudeau marks the beginning of a battle for the votes of Canadian families in the Oct. 19 election, a constituency Prime Minister Stephen Harper has spent the past 10 years wooing through a series of targeted tax credits. By structuring the Liberal plan as a revenue-neutral shift of tax breaks and tax hikes, Mr. Trudeau is essentially confirming that the Liberals will campaign within the smaller-government environment created over time by the Conservatives.

Still, the new measures would cost more than the entire federal surplus, raising questions about how the Liberals would maintain their vow to balance the books. And because measures such as the child benefit are "means-tested" as opposed to universal, it opens up the party to attacks from the NDP and the Conservatives that their policies ignore or hurt millions of families.

The Conservatives argued the Universal Child Care Benefit provides help to all families, and said the Liberals would hurt millions of Canadians by scrapping income-splitting and lowering the ceiling for contributions to tax-free savings accounts. Employment Minister Pierre Poilievre quickly dubbed the measures as "the Trudeau tax."

The maximum federal tax bracket is currently set at 29 per cent, which is applied on income of more than $139,000. According to Statistics Canada, 312,930 Canadians earned more than $200,000 in 2012, meaning taxpayers in the new bracket would pay $9,587 more in taxes on average to provide the projected influx of $3-billion.

The new "Canada Child Benefit" would be provided in monthly tax-free cheques to families. The program would replace the Child Tax Benefit and the Universal Child Care Benefit, and be funded in part by eliminating the Conservative income-splitting tax break for families.

The net new cost to taxpayers would be $2-billion a year – which would eat up next year's projected surplus of $1.7-billion and require the Liberals to cut other areas of federal spending. Mr. Trudeau said more details will be provided on his fiscal framework in coming months.

Aaron Wudrick, federal director of the Canadian Taxpayers Federation, said the proposals would simplify the tax code by grouping existing programs, but would also add complications in the form of means testing benefits and adding a new tax bracket. He also questioned whether the new tax would really bring in $3-billion in new revenue.

"I think it is a bit pie in the sky," he said. "Whenever you see proposals to increase taxes on the rich, the revenue projections are almost always wildly optimistic and don't pan out."

When the Liberals last held power in 2005-06, federal revenues as a percentage of GDP were 15.9 per cent. That has since decreased to 14.4 per cent, due to a range of Conservative tax cuts, including a two-percentage-point reduction in the GST, as well as cuts to personal and corporate income taxes.

"We see this really as more of a fine-tuning of what the Conservatives have been doing," Mr. Wudrick said.

The NDP would not increase personal income taxes, but would raise corporate taxes. The party attacked the fact the promised Liberal tax cut would not help millions of Canadians, pointing out the median income was $31,000 in 2012.

"Two thirds of Canadians will not benefit from the tax cut," said NDP MP Guy Caron. 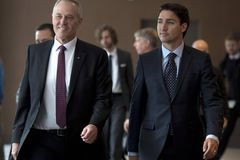 Why Conservatives have the messaging advantage in campaigns
April 29, 2015 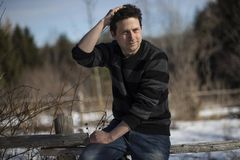 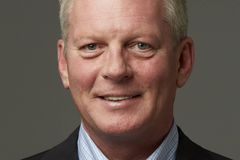 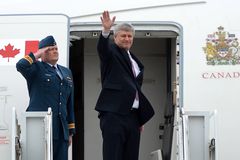 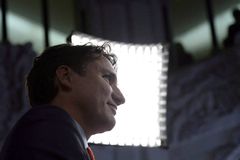