The federal government will soon start lodging Syrian refugees on military bases because of a shortage of temporary housing in communities across the country.

Immigration Minister John McCallum said the government is on pace to meet the total target of 25,000 refugees by Feb. 29, after hitting the interim target of 10,000 on Tuesday, 12 days behind schedule.

Mr. McCallum said the biggest challenge is no longer arranging travel into Canada for the refugees, but rather resettling the new permanent residents in the various communities that will welcome them.

He acknowledged that some of the refugees have already had to spend a few weeks in hotels before getting permanent housing.

With hundreds of refugees landing on a daily basis, Mr. McCallum added that upcoming planeloads will be sent to military bases in Ontario and Quebec.

"The military bases are there as a last resort, one could say, but I think they will be required. I am told the accommodations have been made welcoming for the refugees, and they might spend a little time on a military base on their way to more permanent lodging," Mr. McCallum told reporters on Wednesday.

The Immigration Minister added that the refugees should be able to tolerate the temporary housing for one or two weeks, given the situation they endured in countries such as Lebanon and Jordan.

"I've seen the conditions in which they are living over there; in many cases, it's a pretty lamentable state of life," he said. "If they have to stay a couple of weeks in interim lodging before moving on, I don't think, from their point of view, that would be worse than that from which they are coming. But we will nevertheless try to move them through as quickly as we possibly can."

Mr. McCallum added that, in his view, recent allegations of sexual assault in Germany – which police describe as being carried out by predatory gangs of mostly foreign men, including some refugees – are not a cause for concern in the Canadian context.

"We are talking about 25,000 Syrian refugees. Germany has accepted close to a million," Mr. McCallum said. "The ones that we are receiving, we have carefully selected them. Most of them are not single men."

Health Minister Jane Philpott added that the government knows the refugees will need to be sensitized to the expectations of other Canadians.

"Our Minister of Heritage in Canada is working very hard, along with multiple partners across the country, to make sure that we do a good job of the integration phase, which is ultimately the most important phase, to make sure that these Syrian refugees become well integrated into Canadian culture, that they understand our cultural values and practices," she said.

Immigration, Refugees and Citizenship Canada announced on its website on Wednesday that 10,121 Syrian refugees have arrived in Canada, with an additional 5,197 whose applications have been finalized and who are now waiting to travel to the country.

Ottawa still plans to resettle a total of 25,000 refugees by Feb. 29. That number will be made up of a mix of government-assisted and privately sponsored refugees.

This will leave another target for the government to hit in 2016: a total of 25,000 government-assisted Syrian refugees in Canada.

At this point, the federal government says it has 16,347 refugee-resettlement applications in progress. 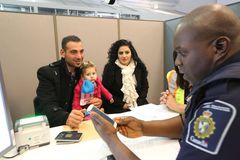 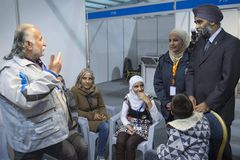 Refugees grateful for response of Canadians after pepper-spray attack 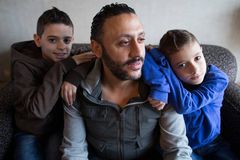