Defence Minister Harjit Sajjan has embarked on a year-long review of Canada's Armed Forces to determine how they can be retooled to confront new global threats.

"Threats like [Islamic State], Boko Haram, which once would have seemed to be small, localized forces of instability, can cause ripples that reach our shores," Mr. Sajjan told a news conference. "The defence review will give us a much better picture of how we need to be restructured."

The Liberals promised a review during the election campaign, and their first budget delayed $3.7-billion in spending on new army trucks, helicopters, communications gear and other military hardware for five years.

The minister insisted the purpose of the review is not to slash defence department spending, and stressed that the government is committed to replacing aging CF-18 fighter jets and furnishing the navy with new warships.

"We want to make sure we have the funds at the right time in order to cut cheques for the decisions that are going to be made for procurement," he said. "We will have predictable funding, but the defence review also allows us to say where are the capability gaps and what we might need to adjust."

The last major defence policy review was in 1994, when the Chrétien government delivered a white paper that largely focused on spending cuts and shrinking the ranks.

Conservative defence critic James Bezan said the Liberals campaigned on a leaner military, and he wonders if the review is simply a "charade" for the public.

"Everyone knows where the Liberals want to take the Canadian Armed Forces. It was articulated in their platform and it was again mentioned in the Throne Speech about having a smaller military," he said. "So why are we going through the consultation process?"

David Perry, a defence analyst with the Canadian Global Affairs Institute, said he is not convinced the government is prepared to provide the billions of dollars needed to replace aging equipment and restructure the armed forces for 21st century challenges.

"There are still tens of billions of dollars worth of equipment that is needed to be delivered on the existing policy that doesn't actually have funding assigned to it," Mr. Perry said. "They are talking about new capabilities, which means you need to go buy different and new things to do that, and I have a real question whether the money is there to buy the capital equipment."

Conservative Jason Kenney, a defence minister in the previous government, questioned the makeup of the panel, noting Mr. Graham was once an interim party leader and Ms. Arbour is "a liberal's liberal." He said, "Canada has many brilliant academic defence policy experts, none of whom were included in the defence panel."

Public consultations will take place between now and the end of July, and the review will tabled in early 2017. It will examine the future size of the military, the kinds of missions and the type of equipment it needs.

Mr. Sajjan has also asked the defence committees of the House of Commons and Senate to hold hearings and provide input for the policy paper. 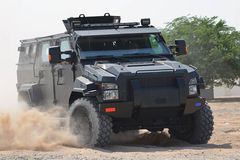 To be a world player, Trudeau must spend on defence Subscriber content
May 16, 2018

RCMP, CSIS see no significant support for operations from federal budget
May 16, 2018 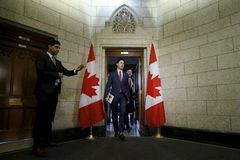