The Liberal government is taking a cautious approach to the contentious issue of physician-assisted dying, crafting a bill that lays out specific criteria for Canadians who wish to end their lives with the help of a medical professional while emphasizing the importance of protecting the vulnerable.

Now, more than 20 years after Sue Rodriguez brought her right-to-die appeal to the Supreme Court, Canadians are about to get the final say in how they end their lives.

But that final say comes with strict conditions, and that angers advocates who say people will needlessly suffer if this bill becomes law.

The legislation is narrower in scope than the 2015 Supreme Court ruling that led to it and the recommendations of a Parliamentary committee.

It would apply only to mentally competent adults over 18 with serious and incurable illnesses who are in an "advanced state of irreversible decline in capacity," and who experience intolerable suffering as a result.

The bill says patients should be eligible for medical aid in dying only when "natural death has become reasonably foreseeable," although it does not say how close to death a person would need to be.

A request would have to be signed by two witnesses with no financial interest in the case, and two doctors or nurse practitioners would have to evaluate it.

The law would also require a 15-day reflection period and consent immediately before the procedure, although the delay could be waived if the person's death or loss of capacity were imminent.

The government has excluded key recommendations from a joint Parliamentary committee that recommended allowing advance consent for patients with degenerative conditions such as dementia, and including mature minors within the next three years. The government delayed dealing with those issues, along with whether to include people who suffer only from mental illness, by appointing one or more independent bodies to study them in the future.

The much-anticipated legislation, tabled in Parliament on Thursday, takes a narrower view than the Supreme Court ruling last February, which did not say how close a person should be to death to qualify for a physician-assisted death.

Lee Carter, one of the plaintiffs in the Supreme Court case, said she is "bitterly disappointed" by the bill.

"I actually feel angry and I feel sad," Ms. Carter told The Globe and Mail.

Ms. Carter's mother, Kay, had spinal stenosis, a degenerative condition that left her in a wheelchair and in chronic pain. Kay Carter travelled to Switzerland in 2010 to end her life.

Ms. Carter believes her mother would not have qualified for physician-assisted dying under the Liberal bill because she was not nearing death, even at 89 years old.

"For her it was the suffering … the lack of autonomy. She was just totally dependent on others," Ms. Carter said.

The Liberals inherited the case from the Conservatives, and have until June 6 to pass the new law before the old ones criminalizing physician-assisted dying are void – a tremendous task for a rookie government dealing with competing interests on an issue of life and death.

Justice Minister Jody Wilson-Raybould acknowledged on Thursday that not everyone will be pleased.

"For all Canadians, this is an incredibly and deeply personal issue tied to their life experiences and personal beliefs. For some, medical assistance in dying will be troubling. For others, this legislation will not go far enough," she said.

"We believe that this legislation is the best approach to ensure that dying patients who are suffering unbearable pain have the choice of a peaceful death and that the vulnerable are protected."

To pre-empt court challenges, Ms. Wilson-Raybould said that when the bill reaches second reading in Parliament, she will release an explanatory paper outlining how the legislation complies with the Charter. House Leader Dominic LeBlanc suggested on Thursday that Parliamentary debates will be extended to ensure the bill passes in time, and all parties are allowing their MPs a free vote.

The medical community applauded the legislation on Thursday, calling it reasonable and moderate.

"We feel like this represents a very balanced, reasonable approach to an extremely complex, controversial issue," said Jeff Blackmer, vice-president of medical professionalism at the Canadian Medical Association, representing 80,000 doctors.

Dr. Blackmer said he is glad the government has decided to study the issue of advance directives instead of writing it into law right away.

But right-to-die advocates questioned whether the legislation even complies with the Supreme Court decision.

Shanaaz Gokool, CEO of Dying with Dignity Canada, called the bill "harsh and discriminatory," because it excludes groups of people like those with degenerative neurological conditions such as dementia, Huntington disease and Parkinson's.

"I question the advice that the government has gotten with this legislation," she said. "It is a complete reversal on some core components from their own Parliamentary committee's report."

The bill also says patients must be eligible for health services from a provincial or territorial government.

It would let the provinces and territories adopt additional laws and regulations on medical aid in dying, or set out more requirements for medical professionals. It further recommends the government work with the provinces to improve palliative and end-of-life care on a new health accord.

Ellen Wiebe is the doctor seeking a smoother path to assisted death
March 2, 2016 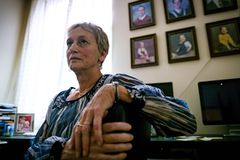 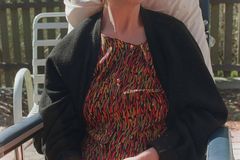 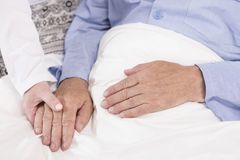 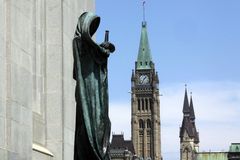