The Liberal government will impose a carbon tax on Jan. 1, 2019, in any province that does not have a pricing plan that meets Ottawa's standards, federal ministers vowed on Wednesday.

In a letter to their provincial counterparts, Environment Minister Catherine McKenna and Finance Minister Bill Morneau said Ottawa will be releasing a draft carbon-tax bill next month and will have a national system in place within a year. The federal government is on a collision course with a number of provinces who either refuse to adopt a broad carbon price or fail to meet Ottawa's benchmark.

"We know that a price on pollution is one of the most efficient tools we have to drive clean innovation and curb greenhouse gas emissions," the ministers said in the letter released on Wednesday. "That's why our government has set a carbon pricing standard, or benchmark, that all jurisdictions must meet."

Ottawa has indicated that four provinces already meet federal standards – British Columbia and Alberta with their tax plans, and Ontario and Quebec with the cap-and-trade approach, which effectively sets a price by capping emissions while allowing companies to purchase credits to meet their regulated limits.

However, Saskatchewan Premier Brad Wall has steadfastly refused to consider implementing a carbon tax and has slammed Ottawa's plan to impose one. Mr. Wall met this week with Jason Kenney, Leader of the United Conservative Party in Alberta, who praised the Premier's stand against the federal carbon levy.

Manitoba plans to set a carbon tax of $25 a tonne starting next year but, unlike the planned federal levy of $20 a tonne, it would remain at $25; Ottawa would increase its 2019 rate by $10 annually, to $50 in 2022. The provincial plan "will achieve greater emissions reductions than the federal backstop plan would," Rochelle Squires, Manitoba's Minister of Sustainable Development, said on Wednesday.

Earlier this month, New Brunswick announced it would allocate an increasing portion of its existing gasoline tax to a greenhouse-gas (GHG) reduction fund as a way of meeting the federal carbon-pricing standards. Ms. McKenna immediately declared that approach was insufficient.

Nova Scotia is pledging to adopt a cap-and-trade system that would include a modest carbon price.

Ottawa can avoid a fight with Manitoba for now, but will likely have to implement its carbon levy – either in full or in part – in Saskatchewan and some Atlantic provinces, said Dale Beguin, research director for the EcoFiscal Commission, an independent group that tracks climate policy.

The federal government made it clear on Wednesday that new provincial carbon-pricing plans must be applied on top of whatever taxes or regulations currently exist. It will also assess the provincial programs annually to ensure they still meet the federal benchmark.

This week, the Organization for Economic Co-operation and Development issued a report card on Canada's environmental performance that stated that a rising carbon levy is a critical component of the country's effort to meet commitments to reduce GHG emissions by 30 per cent from 2005 levels by 2030. 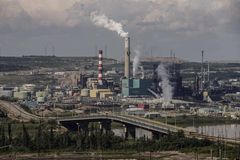 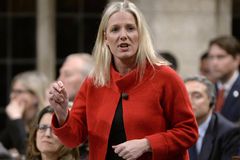