Prime Minister Justin Trudeau issued an ultimatum to the provinces on Monday, announcing his government's plan to set a minimum carbon tax even as environment ministers were meeting in Montreal to discuss options for carbon pricing.

Several provinces and territories reacted angrily – three environment ministers walked out of the federal-provincial climate talks – after Mr. Trudeau's unilateral announcement in the House of Commons. Saskatchewan Premier Brad Wall said the decision is a "betrayal" of the co-operative approach the Prime Minister had promised and that the tax would devastate his province's economy.

Mr. Trudeau essentially told premiers to adopt a carbon tax or cap-and-trade plan or Ottawa will impose its own levy – a minimum of $50 a tonne by 2022 – and return the revenue the provinces. It comes as the Liberal government is embroiled in a dispute with the provinces over health-care funding, and signals the Prime Minister's determination to exert federal leadership in areas where the premiers largely had free rein for the past decade under the Conservatives.

Globe editorial: On economy vs. environment, Team Trudeau is finding the balance

Saskatchewan Environment Minister Scott Moe left the Montreal environment ministers' meeting before it concluded, as did Nova Scotia's Margaret Miller, and Perry Trimper, Minister of Environment and Conservation for Newfoundland and Labrador.

"Today is not a good day for federal-provincial relations," Mr. Moe said.

"We're struggling a little bit to understand where the Prime Minister's message came from today, and what's going to happen moving forward," Ms. Miller said. Nova Scotia Premier Stephen McNeil says his province is leading the country in reduction of greenhouse gases by cutting emissions in the electricity sector, but does not want to impose higher taxes on gasoline and diesel fuels.

Mr. Trudeau has long promised that Ottawa would impose a minimum carbon price on provinces unwilling to adopt their own system, but on Monday, he seized the leadership from premiers, who have insisted on the right to regulate carbon emissions as they see fit.

The Prime Minister said he will convene a first ministers' meeting on Dec. 8 with the aim of concluding a pan-Canadian climate plan, which would include carbon pricing and other measures.

Ottawa will set a minimum price on carbon of $50 a tonne by 2022, and impose the measure in any province that does not join the new pan-Canadian plan in two years. The floor price will start at $10 a tonne in 2018, and go up by $10 a year for the next four years.

Provinces' that have their own carbon plan must meet the federal minimum price or Ottawa will impose a tax that makes up the difference and return the revenue to the province. The provincial goals for reducing emissions must also be equal to the federal targets.

A $50 carbon tax would drive up pump prices by 11 cents a litre.

Mr. Trudeau said all provinces will have to choose between a carbon tax or a cap-and-trade system. If the federal government imposes the minimum price, it will return all the revenue to the province.

Canada's four biggest provinces – Ontario, Quebec, Alberta and British Columbia – have carbon-pricing plans, and offered their support for the federal approach on Monday, although Alberta's endorsement was qualified.

Some provinces, and conservative opposition leaders in Western Canada, argue the added burden of a carbon- pricing plan on consumers and the energy industry will hurt economies already suffering from low commodity prices. Saskatchewan's Mr. Moe likened Mr. Trudeau's plan to the National Energy Program, the interventionist energy policy in the 1980s imposed by former prime minister Pierre Trudeau and widely vilified in the West.

Alberta's NDP government has adopted its own carbon-pricing plan, which will rise to $30 a tonne in 2018. Premier Rachel Notley said on Monday she would agree to the $50 price for 2022 only if the federal government approves construction of an oil sands pipeline.

"As far as we're concerned, we can't be talking about the sort of prices that got rolled out today until we get a commitment from this federal government that they're going to move on this fundamentally important economic piece that Albertans need," Ms. Notley told reporters in Edmonton.

"We need Canada to have our backs. And we need to get a pipeline."

The federal government is expected to decide before the end of the year on the fate of Kinder Morgan Inc.'s controversial proposal to expand its TransMountain pipeline to Vancouver. And the Liberal government is widely expected to approve it despite concerns additional pipeline capacity will increase emissions of greenhouse gases.

Local politicians such as Vancouver Mayor Gregor Robertson adamantly oppose the Kinder Morgan project, and some First Nations communities are threatening legal challenges and direct action should the federal government approve it without their consent.

Saskatchewan's Mr. Moe said the federal plan will cost his province's economy $2.5-billion by 2022, or about $1,200 a family. However, federal Environment Minister Catherine McKenna noted Ottawa will ensure provinces reap the revenues from any carbon price, and could rebate it to their citizens through tax cuts in other areas.

The Conservative Party accused the Liberals of taking a "sledgehammer" to the provinces with the new plan.

"Here he lowers the boom on the provinces and says, 'I'm not going to co-operate with you, it's my way or the highway,'" Conservative MP Ed Fast said in reply to the Prime Minister's speech.

Mr. Trudeau pointed to the support of big businesses in setting a price on carbon, saying Ottawa was finally delivering a plan to fight climate change.

"I'd like to take this opportunity again to congratulate the provinces who have led on this file while the previous federal government abdicated its responsibility to all Canadians. That era is over," Mr. Trudeau said.

Quebec Environment Minister David Heurtel sought to turn down the heat on the federal-provincial talks, saying ministers agreed on a number of climate-related issues, but carbon pricing remains a sticking point.

"It's difficult because it's difficult, and that's what needs to be acknowledged, but we're moving forward on the issue," Mr. Heurtel said.

Ms. McKenna rejected the accusation from provincial colleagues that Ottawa was acting in a heavy-handed fashion. She said she has been meeting with them for the past nine months, and will continue to consult them.

"It was a really good meeting," she said of the session, despite the walkout of three ministers.

The Liberal government also faces angry premiers over Mr. Trudeau's refusal of their demand for a meeting before mid-December. The premiers urged the Prime Minister to make commitments on funding for health care before asking them to accept a climate deal.

In a letter sent last week and obtained by CBC News, Mr. Trudeau rejected that approach, saying the health ministers should gather this month as planned and he would work with them "to determine next steps." 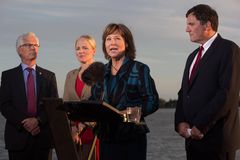 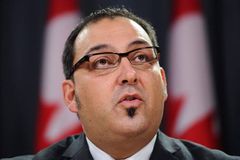 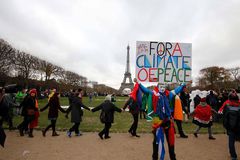 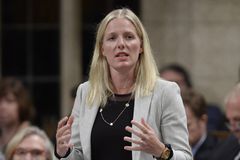 Follow Shawn McCarthy and Daniel Leblanc on Twitter @smccarthy55 @danlebla
Report an error Editorial code of conduct
Due to technical reasons, we have temporarily removed commenting from our articles. We hope to have this fixed soon. Thank you for your patience. If you are looking to give feedback on our new site, please send it along to feedback@globeandmail.com. If you want to write a letter to the editor, please forward to letters@globeandmail.com.
Comments