Finance Minister Bill Morneau is striking a defiant tone on tax reform as he heads into a late summer caucus meeting.

The minister's sweeping plan to change the taxation rules for small businesses, which was released for consultation in July, has prompted outrage from Canadian professionals and business groups who have spent the summer giving Liberal MPs an earful.

How to manage that strong reaction is expected to be one of the main topics of conversation this week in Kelowna, B.C., where Prime Minister Justin Trudeau has convened a caucus meeting ahead of the Sept. 18 return of Parliament.

In an interview with reporters in Vancouver on Tuesday, Mr. Morneau said his goal is to ensure there are not "two classes" of Canadians facing different tax rates based on whether they have incorporated a small business or they have not. "We want to make sure … that we're not creating an ongoing tax advantage for a privileged few," he said.

The minister was asked if he has heard anything over the summer that would lead him to change his mind and back down.

The Finance Minister is planning to tour the country in the coming weeks with Small Business Minister Bardish Chagger in an effort to explain the government's plans. Mr. Morneau said he is open to suggestions for specific "technical" changes the government could consider as it works out the details.

The government has released draft legislation for consultation on two proposals: One would restrict the way business owners can "sprinkle" income to family members to reduce the total amount of tax the family pays, while the other would limit a business owner's ability to convert income into capital gains. A third proposal is less advanced, but is also controversial: restricting the use of private corporations as a vehicle for making passive investments.

Many Liberal MPs travelling to Kelowna said they believed in tax fairness, but also think the government is open to suggestions about the proposals.

"I definitely don't think it's a done deal," said Stephen Fuhr, the MP for Kelowna–Lake Country.

Ottawa MP Mona Fortier, a former small-business owner, said there is a lot of misinformation about the changes and she has prepared a list of questions for the minister. "I'm hoping to represent the constituents that wrote to me and that are asking … questions that, right now, I'm also wondering what the answers are," she said.

Toronto MP John McKay said he has heard from many constituents on the issue. "The outrage is real," he said.

Conservative Leader Andrew Scheer travelled across Canada this summer and said tax reform was a major issue in the business community and that the government's proposal will lead to less prosperity in Canada.

"We don't create jobs and opportunity for the middle class and young people and new entrants to the work force across the country by making it harder for businesses to open and expand, by making us less competitive with our trading partners," he said. "To me, this was a solution without a problem, and it's going to have a devastating impact on the economy."

Mr. Scheer said the government's proposals are "beyond the point of tweaking" and suggested the government go back to the drawing board if they want to overhaul the tax code.

The income-sprinkling proposal would extend an existing rule – known as the kiddie tax – that eliminates any tax advantages that could arise by splitting income with dependent children under 18. The change would focus on payments to children aged 18 to 24. The minister said the existing rules and tax benefits would still apply as long as the children are performing actual work for the business and that the compensation complies with a new "reasonableness" test set by the government.

Mr. Morneau noted that current rules allow a small-business owner to pay less tax by sprinkling income to young adult children, regardless of whether the children work for the company.

"I can't see an argument for why one person who happened to have children that are 19 and 20 should have a lower tax rate than somebody who happens to have children who are 16 and 17," he said. "I haven't actually heard an argument to support that as a long-term, appropriate way to organize the tax code. I've heard many people say that's the way it is at present and I like it, but I haven't heard the argument for why that's actually the way it should be." 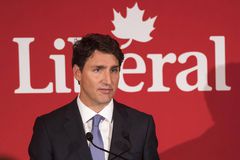