Liberal MP Nathaniel Erskine-Smith had a constituent come to his office last week seeking help for a problem he believes should no longer exist.

Erskine-Smith, who represents the Toronto riding of Beaches-East York, said the man had been charged with simple possession of seven grams of pot — something the Liberals have promised to legalize within the next couple of years.

Prime Minister Justin Trudeau's government plans to introduce legislation to legalize marijuana next spring, but has no plans in the meantime to decriminalize the drug before a new regulatory regime replaces the existing laws.

That left Erskine-Smith — and the constituent who came to him for help — in a bit of a tough spot.

"I told him that we weren't going to be able to do anything at the federal level in the interim based upon my government's position," said Erskine-Smith, who rose Monday in the House of Commons to support an NDP motion calling for decriminalization.

Decriminalizing marijuana would mean anyone caught with a small amount for personal use would not face any charges, but it would still be illegal to sell it.

"It would mean that marijuana would remain an illegal substance and that it would continue to be grown and distributed by organized crime networks," Wilson-Raybould said.

"Canadians, both adults and youth, would continue to purchase a product of unknown potency and quality while fuelling the profits of organized crime."

New Democrat MP Murray Rankin said the legalization of marijuana could take two years to come into effect, leaving many Canadians — especially young adults — at risk of criminal records for something the government does not believe should be a crime.

"We are faced with an injustice," Rankin, the NDP justice critic, told the Commons as he introduced the motion.

According to Statistics Canada, 57,314 people were charged with possession of cannabis in 2014, the most recent year for which numbers were available.

Rankin also spoke of a "patchwork" situation across Canada, where police in one city might avoid arresting people for possession, while those in another city proceed with pursuing charges.

"We live in one country. Why is it that the law is so radically different in the real world depending on where you happen to be? That seems wrong," Rankin said.

Rankin said all it would take is political will, since Wilson-Raybould has the power to direct prosecutors to avoid pressing charges.

He also noted that even former Liberal prime minister Jean Chretien has in the past spoken in favour of decriminalization.

Wilson-Raybould disputed the idea that the law is in limbo.

"The law is in force and it should be obeyed," she said.

The Conservatives are opposing the motion, but for different reasons than the Liberals.

Conservative MP Colin Carrie, the health critic for his party, suggested the Liberals might never come through on their campaign promise to legalize marijuana.

"We don't even know if marijuana is going to become legal, so why would decriminalizing it immediately be the solution?" he asked. "At this time, the only responsible solution is to enforce the law."

Despite the crackdowns, marijuana entrepreneurs are betting on 'edibles' 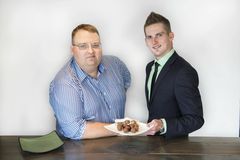 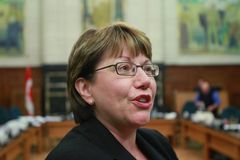 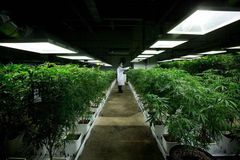