The second-place finisher in one of the 2011 federal election's closest races is weighing a court challenge of results in the face of multiple complaints that fraudulent phone calls misled voters.

Elections Canada, which is probing a misleading robo-calls scheme in Guelph, Ont., is also interviewing voters in the Northeastern Ontario riding. Electors there say they heard from phony robo-calls directing them to the wrong polling station, as well as live callers impersonating the Liberal Party but apparently trying to alienate voters.

The Liberals say they've collected at least 30 complaints of such calls and Mr. Rota's supporters are combing the riding for more allegations of election-day irregularities in a riding they lost by the slimmest of margins.

If a court challenge of election results – and possibly a subsequent by-election – happens anywhere as a result of an expanding robo-call investigation, odds are it would be in this Northeastern Ontario constituency.

"We'd certainly have to look at all the options," Liberal riding president Bill Hagborg said.

"There'd have to be some serious thinking about what the next steps are."

In the face of continuing opposition pressure on the robo-call matter, Prime Minister Stephen Harper said Wednesday he's "not opposed at all" to an NDP motion calling for Elections Canada to be granted more investigative power. His officials said the Conservatives would back the resolution, to be debated Thursday, but refused to say whether the government would comply with it.

A legal challenge of election results in Nipissing-Timiskaming would be the second by a defeated Liberal MP since the May 2 ballot.

In Toronto, former Etobicoke Centre Liberal Member of Parliament Borys Wrzesnewskyj is asking a court to invalidate the results of the vote in his riding. He lost by 26 votes to Conservative Ted Opitz.

Mr. Wrzesnewskyj alleges in a February court filing that a significant number of ineligible voters cast ballots in his riding, documenting cases where he believes people voted without proper verification of their identity.

"These irregularities seriously call into question whether the democratic will of the qualified voting electorate was reflected in the result," Mr. Wrzesnewskyj argues in a statement of particulars filed in an Ontario court.

"The irregularities cast a dark cloud over the integrity of Canada's federal election in Etobicoke Centre."

A lawyer for Mr. Opitz, however, noted Mr. Wrzesnewskyj's February application is not accusing the Conservative Party or his client of "irregularities."

"The application does not rely on any allegations of irregularities by anyone involved or associated with the campaign of the Conservative Party or Ted Opitz, and it is our position that the result of the election was not affected by any irregularities," lawyer Tom Barlow said.

Mr. Hagborg said local Liberal campaign staffers in Nipissing-Timiskaming initially didn't think much of the bizarre flood of calls they got on election day from confused voters.

In hindsight, he says, they probably should have acted more quickly.

"We didn't really think about it at the time. … We thought it was probably someone playing a practical joke or whatever."

Now, however, they're collecting all the reports they can of voting-day interference. Mr. Hagborg said at least 25 complaints refer specifically to prerecorded messages, purportedly from Elections Canada, telling the recipients their polling station was changed.

In some cases, residents in rural areas of the riding were sent 20 kilometres out of their way, only to find they were in the wrong place.

Mr. Hagborg and Mr. Rota say their primary focus now is ensuring every complaint is filed with Elections Canada. At least two people have formally filed complaints; Elections Canada's investigators have already interviewed at least one of them by phone.

But the party will also need this information if it hopes to challenge last year's results.

"Some people that have expressed concerns may not want to file a complaint. But we're asking them if they would at least let us know they received a call, in case it's necessary to follow up with them later."

To successfully launch a court challenge of election results based on allegations of voter suppression, the Liberals would need not only proof that enough people – 19 or more, in this case – were unable to vote; they'd also need to demonstrate those people were unable to vote because of these calls.

Mr. Hagborg said the local party has been consulting with Jack Siegel, a Toronto-based lawyer who has represented Mr. Rota before. Mr. Siegel emphasized no one's formally asked him for legal advice on a pending court challenge, but admitted he was excited to read about Elections Canada investigators looking into the riding.

Successful court challenges of election results are exceedingly rare: One of the last federal challenges was in 1988, in Maurizio Bevilacqua's Toronto-area riding. In that case, however, the issue was Elections Canada's errors, rather than allegations a rival party had violated the Elections Act.

Mr. Rota insisted a by-election is the last thing on his mind right now – "this is about the Canadian electoral system, and making sure its integrity stays intact."

But he echoed calls from opposition MPs for a public inquiry into the robo-calls with more muscle than Elections Canada's ongoing investigation.

"A public inquiry is required," he said – ideally one staffed by the RCMP. "That'll have more clout."

Harper 'not opposed at all' to giving elections watchdog more teeth
March 7, 2012 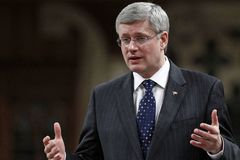 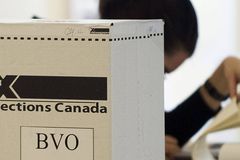 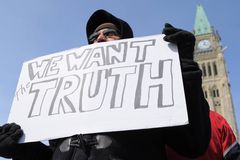 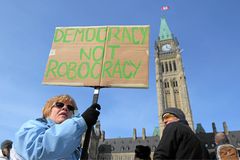 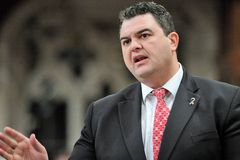 If robo-calls were meant to keep voters away, they failed miserably
March 5, 2012 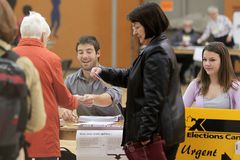 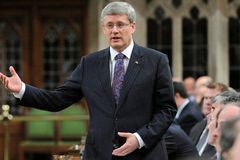