"Harper's gone missing," someone who is close to this government recently observed in a conversation.

The Prime Minister isn't literally missing – he's in Chicago (for NATO talks). But he does appear to have retreated from the front lines of the political battle under way over the omnibus bill, the F-35 purchase, and much else.

If that's true, a shoe could be about to drop. There are two likely shoes: one is public-sector union agreements; the other is equalization.

Either one, or both, could soon be in for major reforms.

This Prime Minister has a tendency to disappear periodically from the day-to-day life of the government, only to return with an announcement. He did it last fall, before deciding to scrap health-care negotiations and proceed with a series of straight transfers without strings.

There are usually two telling signs that Mr. Harper is working something out in his head: he becomes even less accessible than usual, and he has even less to say when he does speak.

That's certainly the case right now: The Prime Minister hasn't uttered a meaningful sentence on policy since his Davos speech in January, when he unveiled plans to raise the retirement age for Old Age Security.

The other sign that the prime ministerial mind is elsewhere is that the government becomes bogged down in scandals. Whether it's the F-35 procurement, Bev Oda's expensive tobacco habit, or the furor over the omnibus bill, the Conservative communications strategy is once again off the rails.

Mr. Harper is convinced that such dust-ups have little impact on election results. But big policy shifts do sway votes one way or another. So if the signs are accurate and the Prime Minister truly had absented himself, what is it he's mulling over?

Mr. Harper is known to be highly impatient with the collective agreements governing the public service. As the bureaucracy downsizes, the government wants the flexibility to fit talent to jobs. Collective agreements, however, protect workers from arbitrary dismissal. So Mr. Harper may be thinking about the best way to take on the unions.

Or he may want to take on equalization, which transmits federal funds to provinces that need help maintaining health, education and social services.

Under the existing formula, which comes up for renewal in 2014, Ontario has emerged as a major recipient of equalization. A program in which provinces representing a quarter of the population (Alberta, British Columbia, Saskatchewan and Newfoundland and Labrador) receive no equalization benefits while the other 75 per cent do increasingly makes no sense at all.

The Harper government has already signalled its intention to shift the Employment Insurance program back to its original purpose of providing unemployment insurance, rather than subsidizing industries that can't sustain a year-round work force.

Could Mr. Harper be pondering the logical next step: limiting the flow of tax and investment dollars from more productive to less productive parts of the economy through equalization?

Because the Constitution guarantees all Canadians roughly equal levels of government services no matter where they live, there are limits to how far the Conservatives could move on the equalization front.

But from health-care funding to unemployment insurance to pensions to taxation levels to the failed attempt at a national securities regulator to you name it, everyone should be aware by now that this Conservative government favours economic efficiency over national cohesiveness.

When Stephen Harper gets back from wherever he has gone in his head, there's going to be news.

Shawn Atleo appears unchallenged in push for native-education reform
May 17, 2012 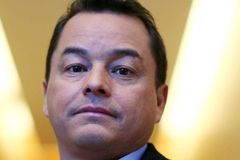 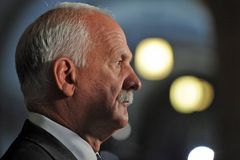 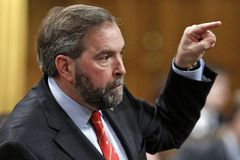